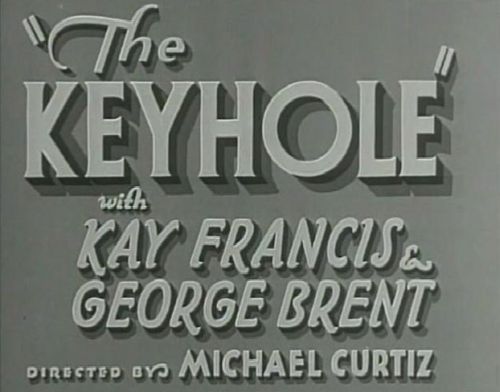 Many, many years ago, Kay Francis was the star of the month on TCM. I tell this story often, so I give my advance apologies to those who have heard me yammer about this before. TCM was new to our cable package at the time Kay was star of the month, so I assume this was about 1996. I’d bugged my cable company for months (they had a standard response: “Yes, we’re getting it, but due to contract delays it won’t be until 1996, so please stop calling already for the love of corn”). I loved classic films but wasn’t very familiar with films before the 1950s.

When compared to everyone else around me at the time, I was practically a classic films expert despite what I realize now where enormous gaps in knowledge. It’s hard to remember, but back in the mid-1990s things were very, very different in the life of a cinephile. There were remarkably few resources online for movie buffs. It was basically just Usenet, eBay, and the IMDb before Amazon bought it. There was no YouTube, no torrent sites, and most people had no TCM. 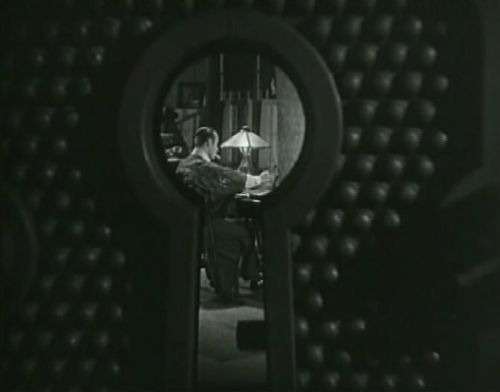 People like me got our classic movies by luck and good timing. We had a local video store with a few classics available, and some channels showed classic films. Cinemax showed classics early in the mornings. They were often colorized, which is how I first saw “White Heat”. Can you imagine? PBS had movies on Saturday nights, TBS and TNT showed classic films regularly, and A&E actually showed silents — it’s unthinkable today, but I first saw the 1927 “Napoleon” on A&E during their Sunday morning arts series. You can imagine how weird it felt to watch TCM as it aired picture after picture after picture, so many being films I’d never even heard of.

Even weirder was that they had devoted a entire month to an actress I’d never seen before. I remember distinctly Robert Osborne saying that Kay Francis was almost forgotten today (of course, “today” then is 13 years ago now). Out of curiosity, piqued by some pre-codes shown earlier that evening, I decided to stay up all night and watch Kay Francis movies just to see who she was and what all the fuss was about.

Wow. WOW! It seemed that almost every film that night featured Kay and George Brent or Kay and Lyle Talbot, and she was always beautiful, smart, and capable. While I know that this post sounds like a big ol’ advertisement for TCM, I just want to say that Kay Francis is always going to represent to me the enormous service TCM has done for film buffs. Between TCM, technological innovations, and the access to video the Internet now gives us, we’re in a time where we can see films that people used to only dream of seeing. Yes, we are living the “Overdrawn at the Memory Bank” dream!

“The Keyhole” is a delicious pre-code film with Kay and George Brent. No Lyle, of course, but you can’t have everything. Kay plays Ann Brooks, married to a much older and richer husband Schuyler Brooks (Henry Kolker), but hounded by a man from her past. Maurice (Monroe Owsley) had been Ann’s dance partner and husband several years earlier and is now blackmailing her by threatening to reveal that she never got divorced from him. 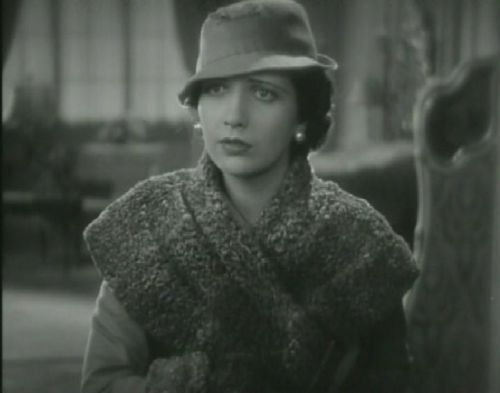 Mr. Brooks is suspicious of Ann’s actions and assumes that she’s having an affair. Ann confides her problems to Schuyler’s sister Portia (Helen Ware) while Schuyler hires private detective Neil Davis (George Brent). Portia decides to help Ann by sending her to another country knowing Maurice will follow her. Maurice is not a U.S. citizen, so Portia can call in a few favors from her government friends and make sure Maurice is prevented from returning to the U.S. after he leaves the country. Then she will help Ann get the marriage annulled quietly somewhere far away from where they live, solving the problem.

One of the most wonderful things about a Kay Francis movie is the obscene amount of money spent on jewels, clothing, and sets. A lengthy 2-minute scene with no music or dialogue at all is featured early on, for no reason than to show Kay walking through huge, elaborate, fabulously appointed rooms: 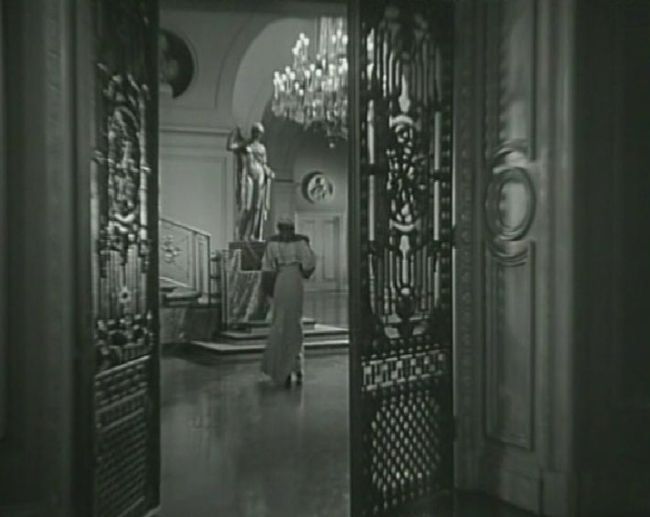 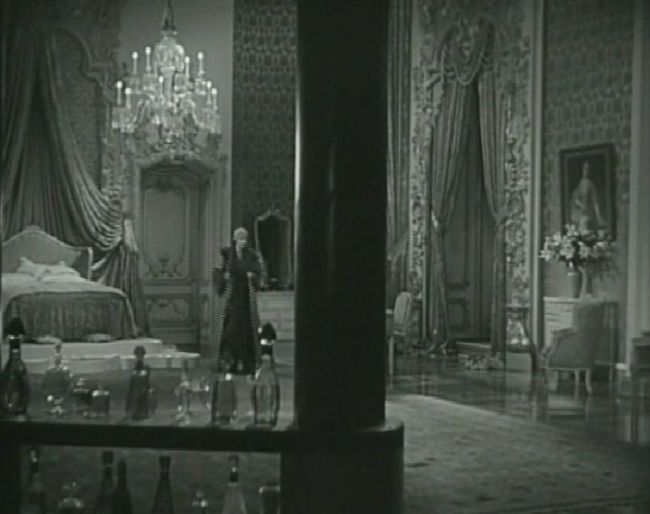 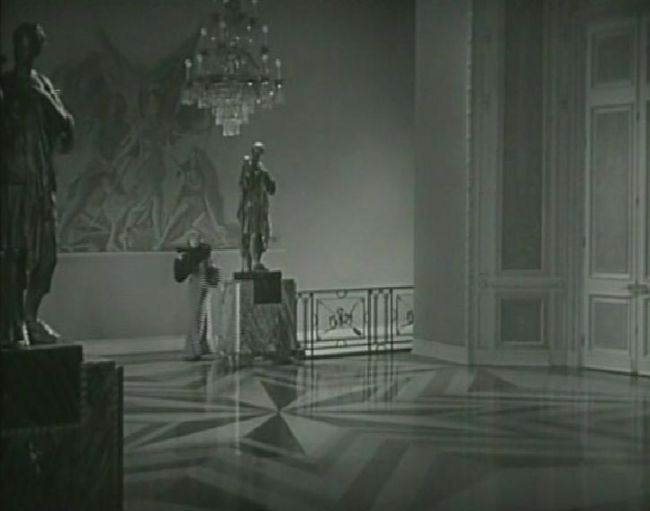 There’s not much art deco in the mansion, it’s mostly fussy Victorian-type bits, but that floor is divine.

Blog fave Allen Jenkins plays Neil’s sidekick, which is pretty much all he ever plays, and which isn’t fair because Jenkins is a terrific character actor. 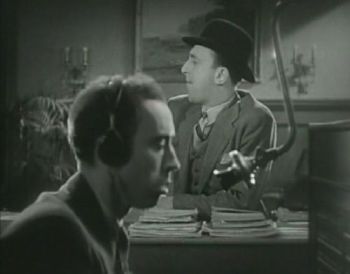 How did he not get his own TV show in the 50s? Everyone else did.

Here Hank (Jenkins) is hanging out with the desk clerk at a hotel who is busy calling a dozen Mr. Smiths to warn them that the cops are “raiding” — i.e. investigating acts of fornication — a room in the hotel. Hank is investigating for his boss Neil Davis (Brent), who specializes in cases of the “Mr. Smith” kind.

Turns out Neil makes his money from rich husbands who want a divorce, and Neil gets the evidence of infidelity by sleeping with wives in hotels himself. He yells at the women that they’re all scheming jerks and their husbands deserve better. Welcome to Creepyville, population: George Brent. 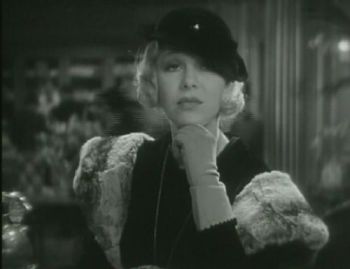 Davis sails on the same boat to Cuba that Ann (and Maurice) do and immediately sets out to woo her so he can get laid evidence. Sidekick Hank comes along with Davis, posing as his valet, and while on the ship falls in love with a beautiful rich passenger named Dot, played by another blog fave Glenda Farrell. Ann’s should-be-ex husband hangs around menacingly, and Davis, being a clever chap, realizes something strange is going on.

Eventually the boat docks and every single main character ends up at the Hotel Metropole in Havana where things come to a head.

The rest of the film is no surprise. Is Davis really in love with Ann or is he just using her for evidence? Will Ann resist his advances? Will Maurice get back into the U.S.? Is Dot really who she says she is? 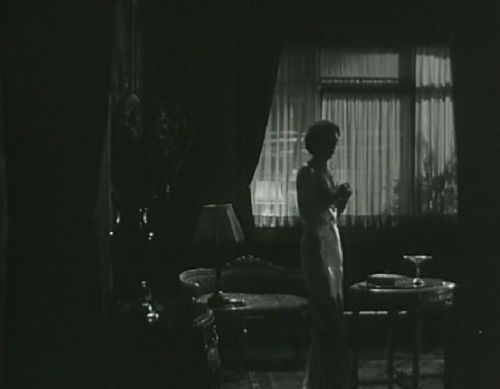 “The Keyhole” didn’t just feature fabulous sets and a fun romantic plot, but also some trademark designer gowns for the lovely Kay to wear. This is my 2nd favorite Kay Francis gown, after the sequined one in “Mandalay”: 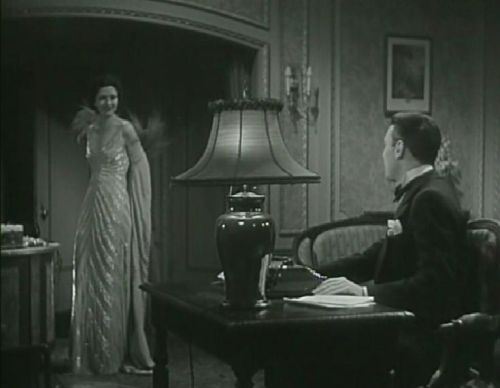 Operator 99 at Allure recently had a great Kay Francis post with a page from a magazine scanned that had 2 shots of Kay in this gown. Here we find out it is “a flame-colored chiffon, embroidered with crystals”: 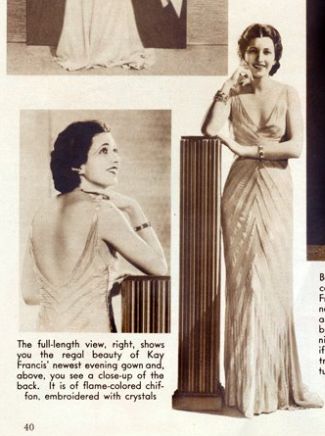 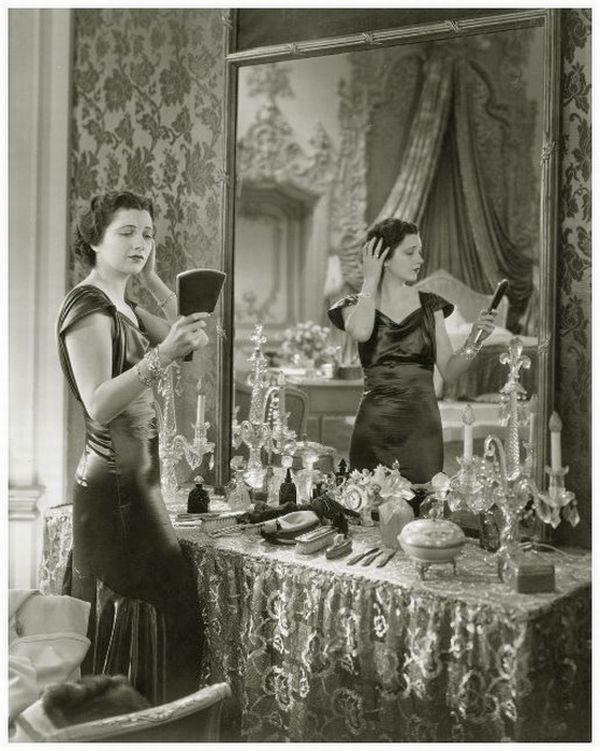 Above is a promotional still from “The Keyhole”, also yoinked from Allure. Why aren’t you over there reading Allure like I told you to? Go!

Kay made many light romances, but somehow these films are anything but fluffy and disposable. “The Keyhole” has that perfect blend of drama, comedy, tension, gorgeous sets and luscious fashion to make it enjoyable for anyone who likes early 1930s films, even those who don’t usually enjoy romances. 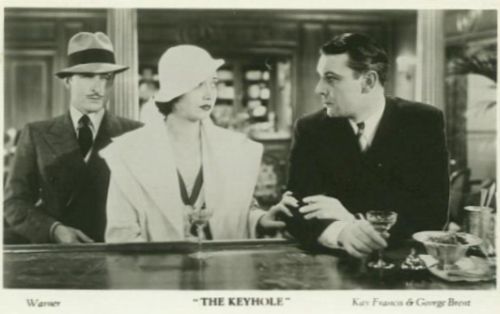