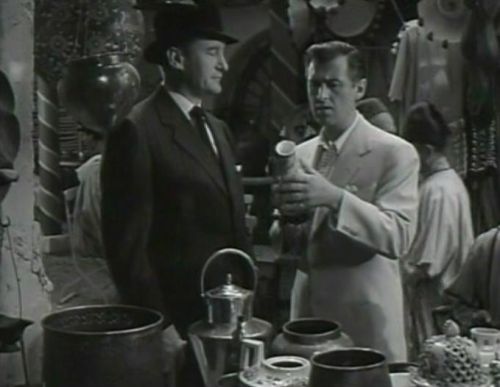 “You can’t smell a rose through somebody else’s nose.”
George Sanders being given all the best lines in The Light Touch (1951)

“The Light Touch” is a nice little film but not very original. Set mostly in Sicily and Tunis, it’s a crime caper that’s one part “Casablanca” and one part “Maltese Falcon”. Sam Conride (Stewart Granger) is an art thief who steals a small religious painting from a museum, a painting on loan from the provincial Sicilian church it usually hangs in. He steals it for his partner Felix (George Sanders) but schemes to make it seem that the painting burned when his boat to Tunis caught fire. Felix is never quite sure Sam is telling the truth, and Felix’s henchmen Anton and Charles (epic character actors Norman Lloyd and Mike Mazurki, respectively) spend a lot of time searching for the painting.

Meanwhile, Sam plots to have the painting copied by young local artist Anna (played by a very young looking Pier Angeli.) He tricks the naive girl into painting a copy, meanwhile convincing Felix that they will go in on selling the fake painting together. While he scams Anna and Felix, he secretly plans to sell the original to another buyer. Eventually Felix talks Sam into marrying Anna to keep her quiet about selling a fake of the painting, but she discovers the plan within minutes of getting married, of course. Just as their honeymoon ship sails, Felix finds out that Sam had the original painting all along, and gives chase to the newly-married couple. 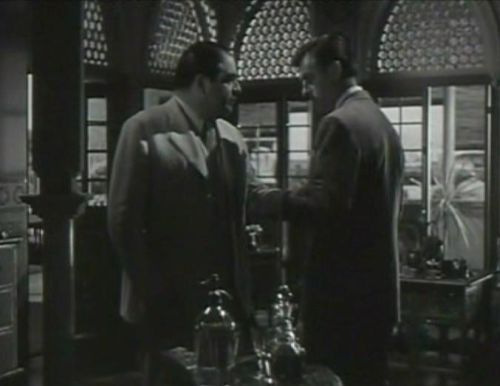 Apparently the law knows Sam has the painting, too. Things get too hot and the buyer won’t close the deal on the painting, so another buyer named Aramescu (Kurt Kaznar) agrees to it. Meanwhile ,Anna schemes to try to save Sam from the law while Felix and his thugs try to get the painting before it’s sold to Aramescu.

Again, this isn’t a horrible film, but it could have been so much better. Aramescu is a painfully obvious ripoff of Caspar Gutman, while Pier Angeli is far too young and far too weak of an actress to carry the role she is given. But there are some great actors in this film, definitely wasted on a thin project such as this one. Stewart Granger didn’t have a lot of range, but he had far more ability than this film afforded him. Joseph Calleia sends in a cool, controlled performance, while the heavies of Norman Lloyd and Mike Mazurki really elevate their smallish roles. George Sanders is always amazing as the cultured cad and this film is no exception, but the recurring theme in the film of Felix’s disdain of faith and religion is so thinly written that it’s easily missed.

There are some technical issues as well. Angeli’s hair very noticeably changes length in a few scenes. The apartment we first see Aramescu in — slightly dark screencap above — is poorly redressed to look like Sam’s hotel room just a few minutes later. There is some distinctive tile on the walls and lattice above the windows that no one bothered to cover well enough, and it was so confusing I had to go back and forth to make sure that these were indeed supposed to be two different sets.

One interesting note: I often complain that I’m no good at the Movie Star Mystery Photo over at the Daily Mirror. One of the “I almost guessed that” entries a few months ago was Renzo Cesana, who is in “The Light Touch” as a priest. 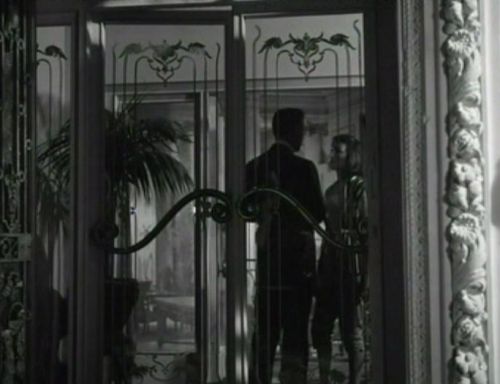 “The Whole Truth” (1958) starts out terrific but loses energy quickly and ends with a whimper. Max Poulton (Stewart Granger) is a high-powered movie producer working in Italy on a film. The female lead Gina (Gianna Maria Canale) is an actress Max had an affair with in the semi-recent past. Gina doesn’t want to let him go, but Max has gone back to his wife. The affair happened when he and his wife Carol (Donna Reed) were separated, but he never told his wife about it. Gina blackmails Max, threatening to tell Carol about the affair if he won’t continue meeting with her on the side.

A visibly flustered Max returns home after the blackmail threat — where we aren’t shown what happened — when an inspector from Scotland Yard shows up at his home. Corliss (George Sanders) says he is there on behalf of the Italian police chief to ask a few questions about Gina. It seems Gina was murdered only a couple of hours earlier, and the police know Max was at her hotel. Corliss also mentions that Gina was married, a fact Max hadn’t known. When Corliss leaves, Max runs to Gina’s villa to retrieve some of his things left behind during the affair. He comes back home, by this time alerting almost everyone at the huge party at his house that he’s been gone for quite a long time.

He hides the things he’s retrieved, goes back into the party and starts to mingle when he turns to see… Gina! She’s not dead at all, but she is drunk and she is about to announce her affair with Max to the entire party. He gets her out of there just in time. While he drives her back to her villa he scolds her for sending Corliss there to scare him. She insists she didn’t send Corliss, but when Max describes him you can see worry in her eyes. She’s still scared when they reach her villa, so Max shoos off a scary dog, opens the villa for her, and turns on the lights. When he goes back to the car to get her, he finds her murdered.

So starts what should be a tense affair with lies 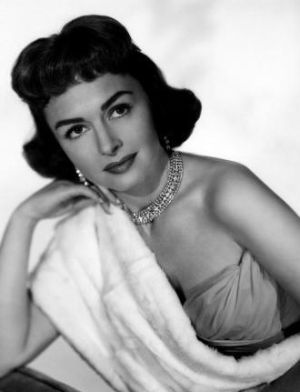 exposed and secret identities revealed. Except the liar almost immediately comes clean and the crazy twists and turns are explained very early in the film. The last half of the movie is just a bland by-the-numbers attempt at a thriller. There was so much that could have been done with this film! But even at the very end, the director felt it necessary to do a bad dubbing in of a line to explain everything, as though the audience was going to leave the theater confused without a point blank explanation.

George Sanders again co-stars, and again he gives a really solid performance at the beginning of the film, only to be undermined when the story goes completely lifeless. It’s a much more professional production than “The Light Touch” but with less acting power. Granger had a few good moments but mostly phoned in this performance. Donna Reed is so bland that it might just make you angry.