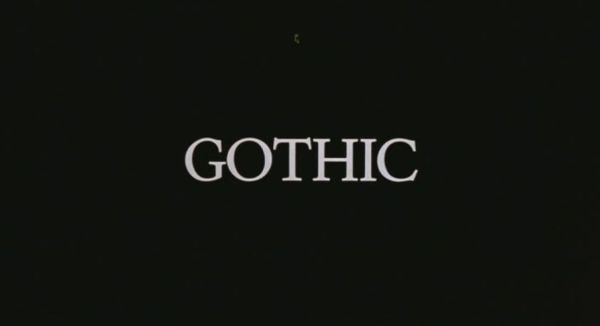 Gothic is a wild mix of the beautiful and the grotesque, intriguing philosophical questions and empty MTV-era visuals, cloaked in an impossible melange of cobwebs and goats and sex and leeches. The film borrows thematic styles at whim, everything from David Lynch to Fellini’s exquisitely debauched Casanova (1976) to Hammer studios’ signature colorful lighting palette. 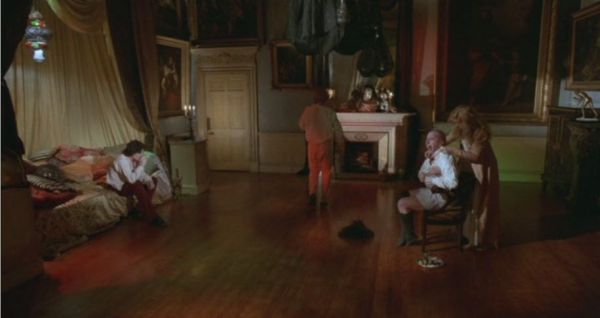 The film opens with giggly residents on the non-Byron side of Lake Geneva, peeping at the poet’s home through a spyglass and gossiping about his sexual exploits and resultant exile. As they watch, visitors to Byron arrive by water and, immediately upon disembarking, poet Percy Shelley, a guest of Byron’s, is beset upon by shrieking fangirls. Shelley, Mary Godwin and her half-sister Claire Clairmont did indeed visit Lord Byron in the real 1816 just as they do in the cinematic 1816, staying with him for a while, then living near him at the lake for months; the film shows them there for only a single weekend. 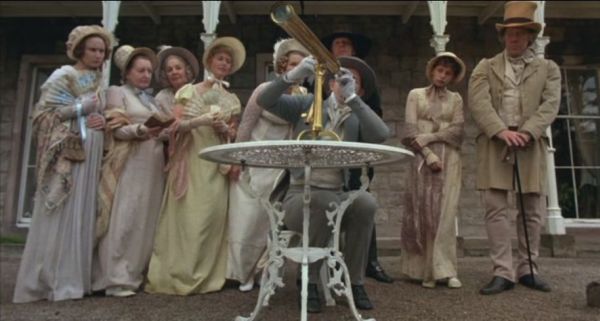 During their real life stay, the novels Vampyre and Frankenstein were born after nights of ghost stories and playfully competitive challenges. The summer of 1816 was known as “The Year Without Summer” due to the eruption of Mount Tambora in Indonesia the year prior. The cold, rainy weather kept them indoors much of the time. In Gothic, this climatic claustrophobia is only barely hinted at, as the night and their inner passions are to blame for the resultant boredom and inevitable amusing seance. 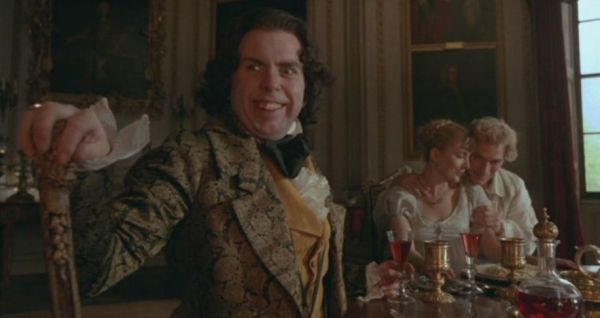 The seance, at first a lark, ultimately launches a night-long debacle where individual fears join to become a single malevolent presence in the house, possessing and haunting them. 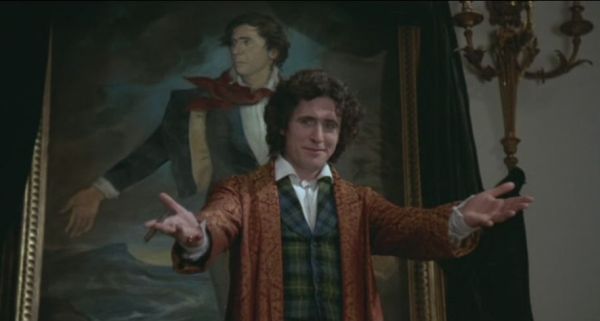 Lord Byron’s jealousy is a significant force within the semi-bodied malevolence. He wishes to control and possess everybody and everything. Byron cheekily plays with Dr. Polidori’s desires while simultaneously making advances on Percy, imploring him to “forget your women, poets are for each other.” The cast weave in and out of rooms and dialogues, languishing in their own singular hells before joining, somewhat unwillingly, to chase the evil away, but not until Mary has been shown that their fears are their futures. 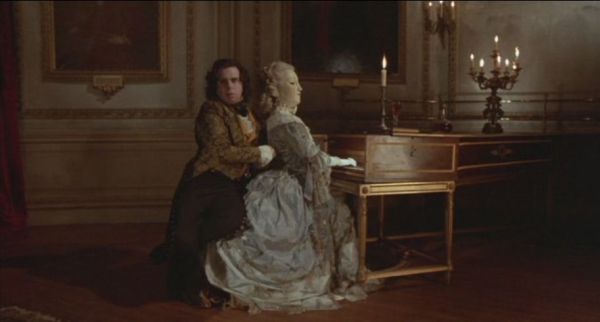 As their hell-futures are revealed to them throughout the night, the plot of Gothic is slowly discarded like the veils on Lord Byron’s Turkish dancing automaton, until the film descends into a series of grotesque tableaux with little to connect the images. It is a film out of control, curiously counterbalancing the characters so that their own uncontrolled mania seems reasonable by comparison. 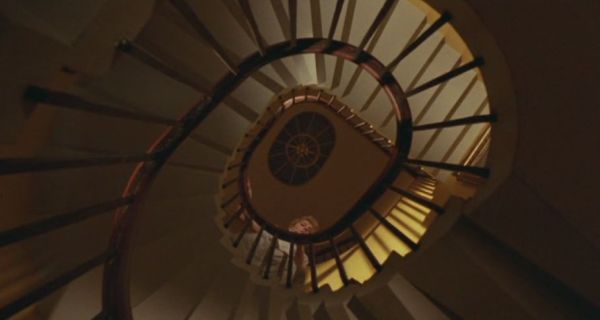 The visuals are glorious, so do yourself a favor if you have a region-free DVD player and get the UK version of Gothic with the proper aspect ratio. The US version is 1:33 open matte while the UK version is the original 1:85. You can see the differences in the two prints here, with grain and contrast differences as well as aspect ratio. If you’re going to watch this beautiful mess of a film, watch it in the most gorgeous print you can find.