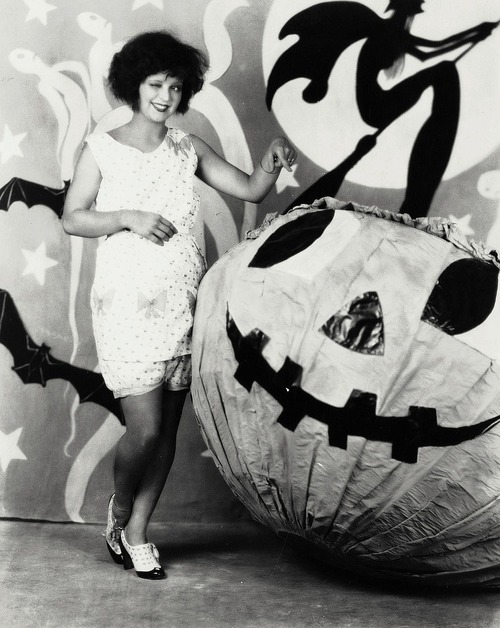 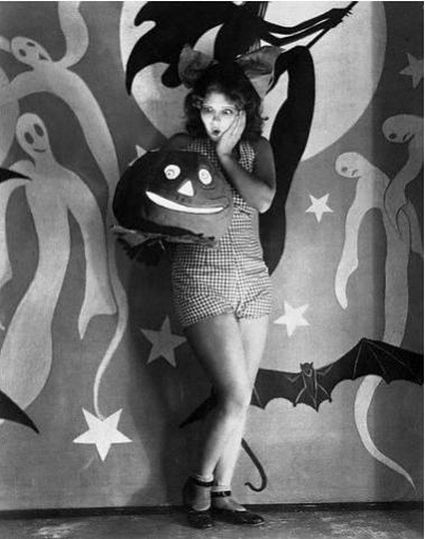 That’s Clara Bow in a cute little checkered short-all outfit, hanging out with some depressed ghosts.

Over the years I have collected a bunch of Halloween-themed pictures, yet at some point lost a specific set I’d collected of vintage starlets in Halloween cheesecake pics, often using the same props from one year to the next, from one actress to the next. After getting lost in Google images for a week, I managed to piece together some of the set — you’ll see them in various Halloween photos all over SBBN — but more importantly, I discovered a whole dang series of Clara Bow pictures with the same crazy prop-sharing thing goin’ on: 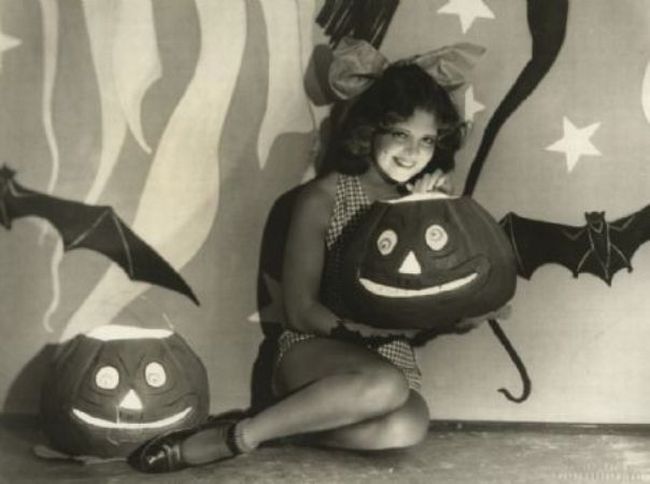 Same pumpkin as Clara in the first photo above. There it is again below, but she’s now in a black teddy: 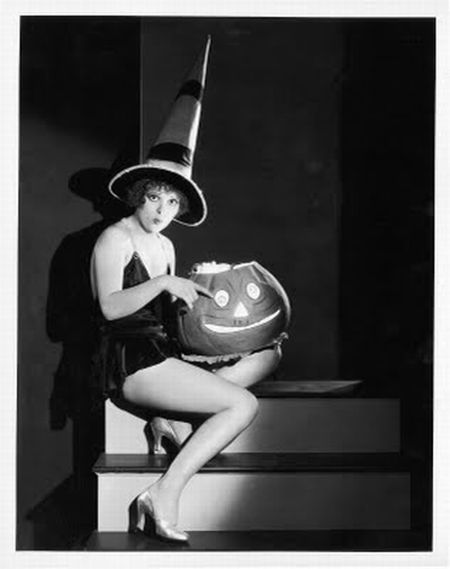 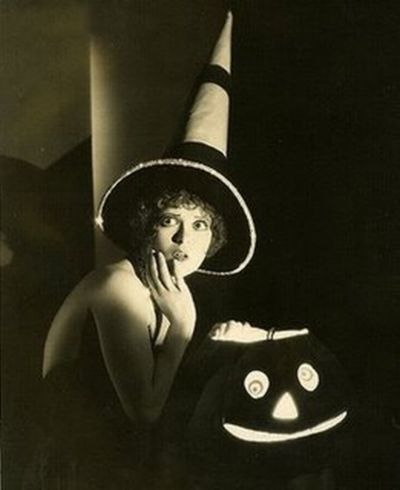 Clara in the same teddy with some very, very creepy props can be seen in my next Halloween Cheesecake post here.

Here’s the same Halloween background, new enormous pumpkin, and yet another outfit that looks like pajamas and a fantastic pair of shoes: Here’s Clara and the enormous pumpkin in an article from a 1927 magazine: 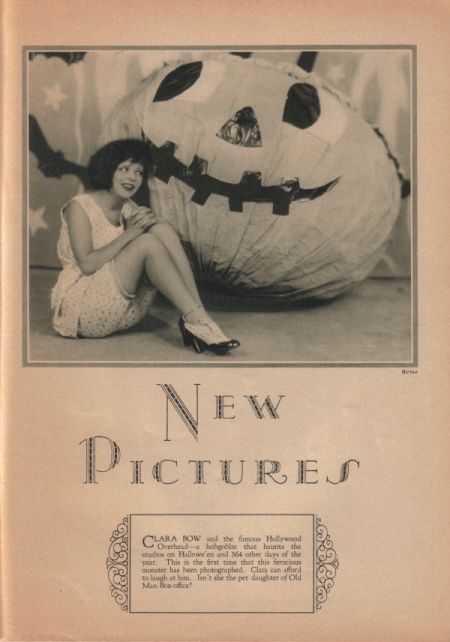 I have a 1000px version here if you want to read the caption. Magazine scan courtesy the Flickr of silent_screen_queen. While at that Flickr account, I saw this: 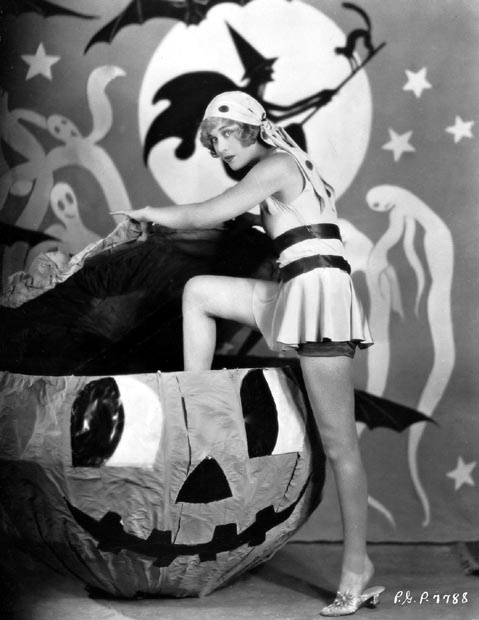 Esther Ralston with the same huge pumpkin and depressed ghosts in the background.  Check out the witch and the pumpkin’s eyes in that first photo:  Esther had her picture flipped horizontally.  And whatever happened to that pumpkin? Sold at auction? Pilfered by a prop girl? Haunting Universal Studios as I type?

I think it’s safe to say the studio got their money’s worth out of these fine Halloween-based purchases.

The pumpkins plus a host of other props can be seen in other cheesecakes photos dating over a decade. Check them out here!