No one ever knows how to write something like this. Wait, let me take that back: Some people can write what they feel, sincerely and beautifully, even if it’s a difficult thing to do. Larry Gelbart was one of those people. Sadly, we lost Larry today, age 81, from cancer. 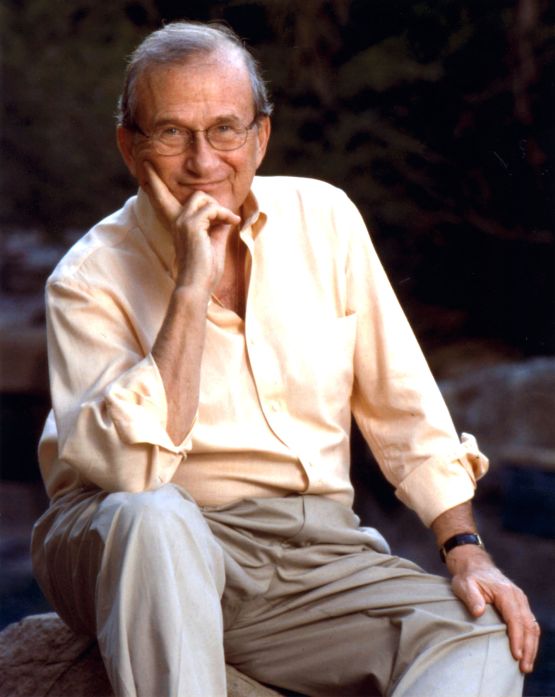 Immensely talented and one of the best American comedy writers around, Larry was also genuine, lovely, and warm. When I first found the Internet it was through Usenet back in the mid-1990s, and one of the first newsgroups I read was alt.tv.mash. Imagine my disbelief when someone who claimed to be Larry Gelbart posted there! It didn’t take long for me to be convinced that it really was Larry, especially when he mentioned the newsgroup in an interview. Larry, who went by the nym ElSig (and later “nick”, for some reason) was always so happy to answer questions and to jump in with a well-timed “That’s news to me” when someone who didn’t know much about “M*A*S*H” provided incorrect “facts” about Larry or the show.

Larry Gelbart and I emailed back and forth a few times, and of course talked (in Usenet terms) on the group. This was years ago, I haven’t been active on Usenet for a very long time, but I’ll never forget him. He was kind enough to neither ignore nor laugh at me when I sent him a squeeing fangurl email. You see, “The Wrong Box” is one of my favorite films, and I was unable to control myself when I realized I had Gelbart’s email address. Despite my embarrassing email, he was gracious, kind, and told me how much he and Burt Shevelove had enjoyed adapting the novel to film. On the newsgroup he talked about the character based on him in “Laughter on the 23rd Floor” — Kenny, played by VIctor Garber — and brought others from “M*A*S*H”, such as actor Jeff Maxwell, to the forum. His posts were never boring, and I was always astounded that the newsgroup didn’t overflow with people once the word got out that it really was Larry Gelbart posting to the group.

The more I read from Gelbart online the more I realized how truly talented he was. If you get a chance to see him in interviews or documentaries, you won’t be disappointed. Recently he appeared in the doc “Make ‘Em Laugh”, which our local PBS station aired.

Larry, you will be deeply missed. Rest in peace. 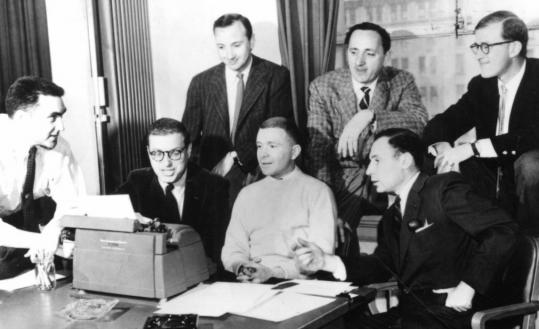 This picture appears on boston.com and other sites saying that Larry Gelbart is the man on the right. I don’t think that’s Larry, that’s Woody Allen.

The L.A. Times blog The Daily Mirror’s post of Larry Gelbart articles, both about him and written by him.