As you know (because I won’t shut up about it) my computer died, so I didn’t have time to do a proper schedule post, but while I’m sneaking a few minutes on my husband’s computer — and he has every single option and preference set incorrectly, by the way, and no that’s not opinion but solid scientific fact — I thought I’d list a few highlights from TCM this month.

Keep in mind that I’ve noticed TCM shows quite a few films in pan and scan rather than their proper aspect ratio, especially for Underground.

Also, between the Novel To Film nights, The Essentials and Entertainment Weekly’s “All Time Greatest Movies,” there are a lot of the basics, at least in terms of classic films. You might want to check out the full schedule, and on days when you have something important to do, avoid TCM because it doesn’t matter how many times you’ve seen Jezebel, once it starts you will be there ’til the finish.

Infernal Affairs (2002) — 1:30 AM November 1 (early the 2nd)
Tony Leung and Andy Lau in a Hong Kong thriller about an investigator going deep into the underworld to uncover the crooked cop in the department.

Dai-bosatsu toge (1966) — 3:45 AM November 2 (early the 3rd)
Tatsuya Nakadai and Toshiro Mifune in a Samurai epic about the internal battle between good and evil.

The Story of Temple Drake (1933) — 12:45 AM November 5
Another chance to get this down ‘n’ nasty pre-code that used to be difficult to find. This one is a doozy; it’s practically ’70s zero-budget horror exploitation, except without unclothed breasts. 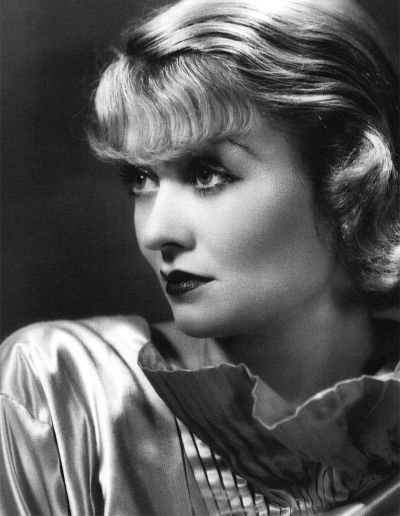 Moonfleet (1955) — Noon, November 8
Watch Stewart Granger adjourn a meeting with a halberd and conquer the world with his suave.

Feu Mathias Pascal (1925) — midnight November 25, allegedly
This French silent starring Michel Simon and Ivan Mosjoukine is supposed to be on at midnight according to the monthly schedule (as it exists early morning November 1st), though I can’t find a page for the film on TCM, so it may not be shown. Check listings closer to the day to find out.

That’s it for this month’s truncated version of Movies to Watch For. As always, feel free to mention more in the comments!