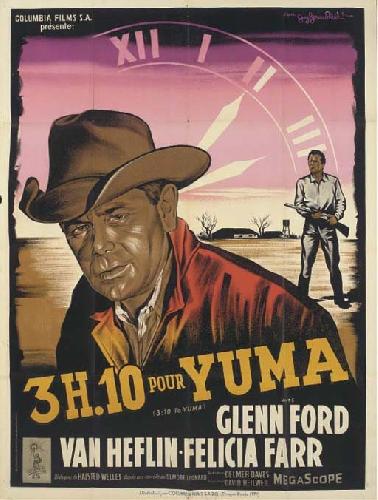 Lots of stuff to point you to this week! First up is my article at Spectrum Culture on 3:10 to Yuma (1957 & 2007) for their Re-Make/Re-Model feature. The 1957 film is an absolute classic — I’d love to say “undisputed,” but nothing in the world of cinema is undisputed. It’s philosophical chaos! Madness reigns!

The two leads in each film give masterful performances, though for my money, Glenn Ford is the stand out. The remake, while flawed, is worthwhile. Let me put it this way: There are worse ways to make film than by getting a grew together and saying, “Okay, we’ll use John Ford location shots, Surtees camera angles and fill it with Peckinpah violence. Huh? Whaddya think?”

I’m pretty excited about this article, so please, check it out!

Films From Beyond the Time Barrier is celebrating its second anniversary! Brian has a terrific celebratory post featuring a Diabolic Dual Personality Double Feature about everyone’s favorite dual-personality sociopath, Jekyll and Hyde. Go on over and wish Brian a happy second!

Meanwhile, at Thrilling Days of Yesteryear, Ivan is asking readers to help decide which serial he’s going to do next for Serial Saturdays! See, he is a normal human being, which is why in the time it’s taken me to finish Phantom Creeps, he’s done three serials, maybe four, plus wallpapered the hallway and dug up a few old stumps in the back yard. Braggart.

But he’s also giving away VCI’s new box set release Dick Tracy: The Complete Serial Collection, containing all four Tracy film serials on DVD. You want to enter that giveaway! Email him by midnight Sunday to get in on this offer. Details here!

Also this week at Spectrum Culture Online, my review for the documentary Who Bombed Judi Bari? is up. 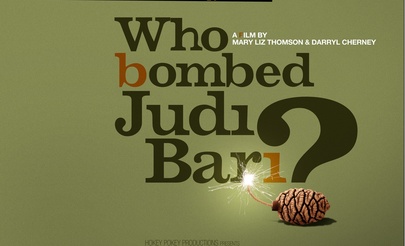 Bari, for those unfamiliar with her, was an environmentalist who, in 1990, was protesting the harvesting of old wood redwoods by companies using unethical business practices. She and a fellow activist were bombed as they drove her car to a protest, and the FBI and local police immediately put the blame on them. Charges were ultimately dropped, but the struggle didn’t end there. This documentary catalogues the most comprehensive list of news articles, reports and evidence available for the case, all narrated by Bari’s videotaped testimony several years after the bombing, and just months before she died from cancer.

Have a good week, everyone! A schedule post should be up in a few days, and next week, the finale of The Phantom Creeps. It’s okay, I’ve calmed down since last week, I promise I won’t scream so much.