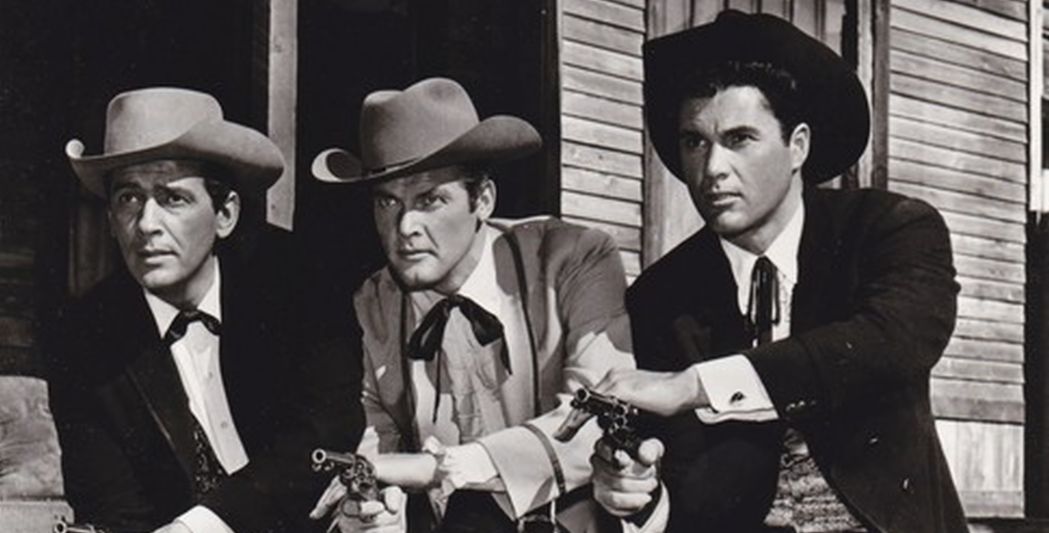 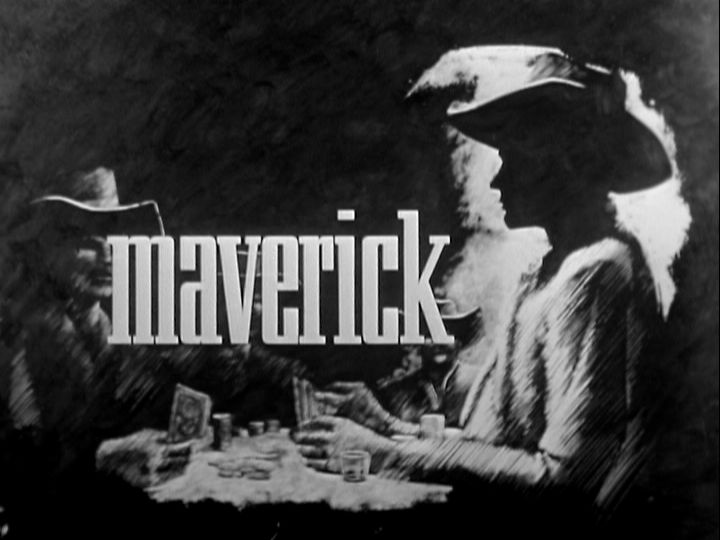 Though I was only 10 years old, I remember the day my dad learned “Bret Maverick,” the 1980s reboot of the classic television Western “Maverick” (1957-1962), was cancelled. Dad followed James Garner through every television show he ever made — which meant everyone else in the house did, too, though I wasn’t complaining; “The Rockford Files” remains one of my favorite shows of all time — and over twenty years on, dad was still angry at Warner Bros. for not giving Garner whatever he wanted to keep him on as the star of “Maverick.”

But Garner didn’t stay, and after three seasons, “Maverick” was retooled into more of a farce, rather than the satirical comedy-drama it had originally been. Featuring the antics of gambler Bret Maverick (Garner) and his brother Bart (Jack Kelly), the Mavericks tended away from confrontation, preferring to make money in scams, as long as the scams were against those who morally deserved it. All Maverick kin, whether seen or unseen in the show, where both highly ethical and irredeemably sneaky. When Garner left after a contractual dispute and went on to fame in films — I defy anyone to name an actor with a better run of films than Garner from 1960’s Cash McCall to 1971’s Skin Game — Bart became the ostensible star, and a new character, cousin Beau Maverick, was introduced. 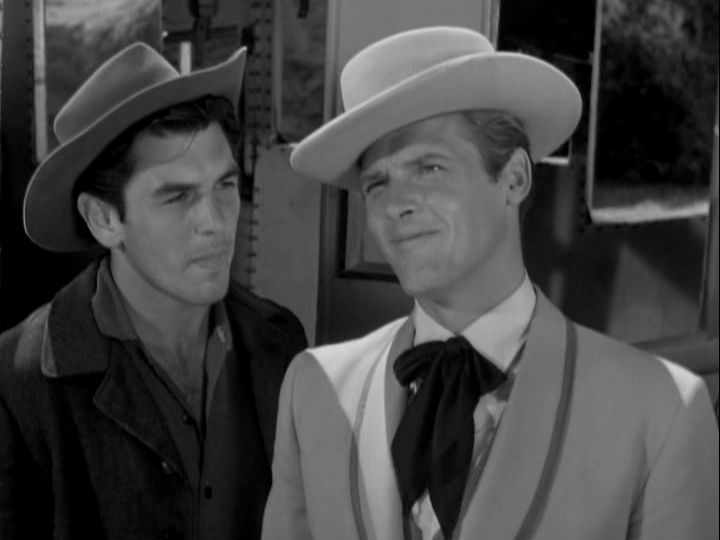 Beau made his debut in the episode “Bundle from Britain,” airdate September 18, 1960, and the first episode on Warner Archives’ recent release of Maverick: The Complete Fourth Season on DVD. In this season premiere, we learn Beau is actually American, but had upset the usually-unseen patriarch of the family several years prior and had been sent to Great Britain; thus, his “slight accent.” But we all know who Roger Moore is and we all know his English accent is not slight.

Beau is in danger of upsetting Pappy Maverick again, because he won a medal from the Confederate Army during the Civil War. While a prisoner of a Yankee general, he talked the soldier into playing cards, but coincidentally, just as the general announced his hand was bad (“I give up!”) Johnny Reb arrived, took it as a surrender and awarded Beau a medal for helping defeat the Union.

As you can tell, the humor isn’t what you would expect from a modern sitcom. Sure, we do edgy in 2014; in fact, that’s all we do, but having a handsome, light-haired, fair-skinned hero who “accidentally” helped the Confederate South would be entirely out of place anywhere outside a dark comedy. In “Maverick,” it’s nothing more than a chuckle. 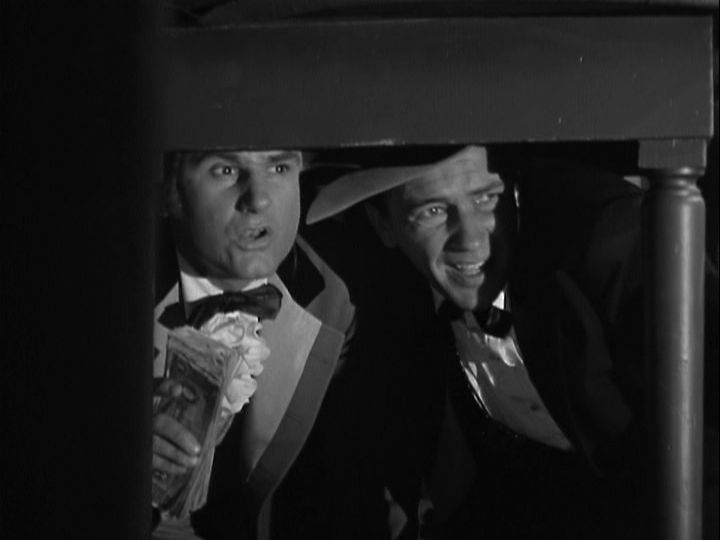 “Bundle from Britain” continues as Bart learns local hustler Freddie Bognor, also from Britain, is looking for someone to impersonate him at a dude ranch that his father wants to send him to, on account of his being a touch effete. Played by Robert Casper — you know him as Sherwood Montague from “Little House on the Prairie” — Freddie is the kind of character we’re far more used to seeing in mid to late 1960s shows. This rebooted “Maverick” is silly, but a few years ahead of its time, extending the satirical and comedic elements of the first three seasons, resulting in a show that’s closer to “The Beverly Hillbillies” or “Star Trek.” 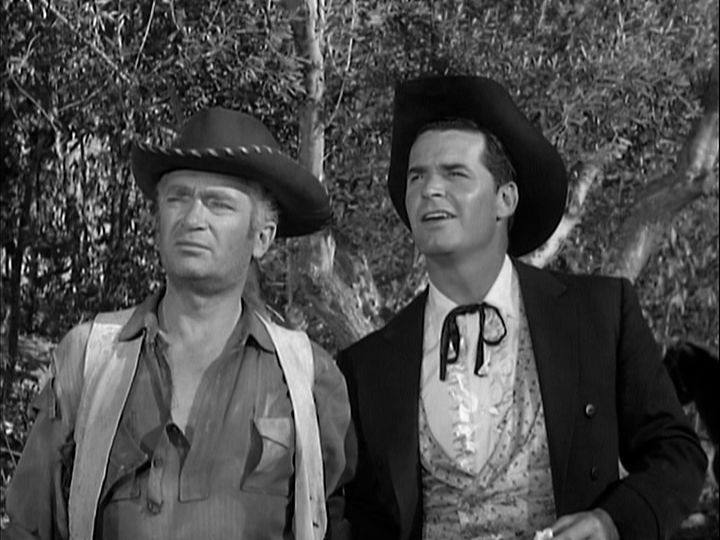 Speaking of hillbillies, Buddy Ebsen guests in what is generally considered to be the best Season Four episode of “Maverick,” and that’s because it’s the only episode with James Garner. “The Maverick Line” (airdate November 20, 1960) was actually filmed during Season Three, but withheld for release until several episodes into Season Four. “The Maverick Line” is a lot of fun, but wholly incongruous with the rest of Season Four. Wryly humorous, the show features polite yet competent villains, with the exception of the lawyer, played by character great Will Wright, who is far too competent (always the sign of a dastardly attorney) but rarely polite. The more outre villains of the rest of the series fit better with the proto-Batman feel, but one can hardly deny the sheer entertainment power of James Garner embracing a suave antihero character like Bret, palling around with career highwayman Rumsey Plumb (Buddy Ebsen) and skirting legalities in an effort to secure a tidy monthly stipend for the rest of his and Bart’s life. 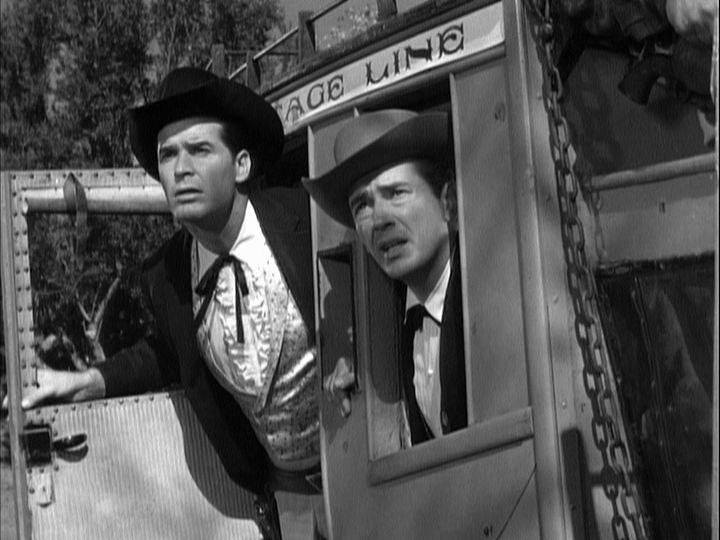 The studio had very little trust in Roger Moore saving the show, as you could tell by the second episode, “Hadley’s Hunters,” which included cameos of a dozen actors from other popular Westerns, and according to Wikipedia, no mention of Moore, the ostensible co-star of the show, was even made in advertising. To add insult to injury, actor Robert Colbert, who played a man by the name of Cherokee Dan Evans, was brought back at the end of Season Four as a lookalike for Garner. After two episodes dressed exactly like Bret Maverick, and with it becoming clear he was meant to be a stand-in for Garner, Colbert bailed. So did Moore, and the fifth and final season left only Jack Kelly as Bart Maverick, and original shows with Bart were augmented with reruns from the first three seasons, before the inevitable cancellation.

The first sets of the Warner Archive DVD package have been traditionally replicated “in anticipation for high demand.” These disks contain all the episodes from the fourth season, somewhat remastered to eliminate much of the deterioration from the film. There are no extras and no subtitles.