Ibetolis at Film for the Soul tagged me for the Twenty Actresses Meme. Five days ago. So yes, I’m shamefully behind on my blogging, but I also suck in another way: I almost couldn’t come up with 20 actresses I like. Why? Because I like actors more. There, I said it.

Of course I had to ponder this for a while. In real life I don’t prefer men over women, so why should I in movie life?

It’s because they have better roles. And there’s more of them. And I find myself wanting to be the male characters simply because they tend to be more intellectual, active, and interesting. The male characters experience life while the female characters tend to be used as objects to illustrate the movie’s philosophy as portrayed through the male. I don’t want to be Susan Alexander, I want to be Charles Foster Kane! Not to mention that serious dramas focusing on women in real life roles — and not as some sexy secretary girlfriend of the male hero — all but disappeared after the early 1950s. Nothing passes the Bechdel Test anymore.

This meme originated at Film Experience, where I discover I’m not the only one who likes actors better. Like Movie Viewing Girl, I wonder if I’m just jealous or catty when I say I prefer actors. I won’t deny the possibility.

With all that yammering out of the way, here are my 20 favorite actresses: 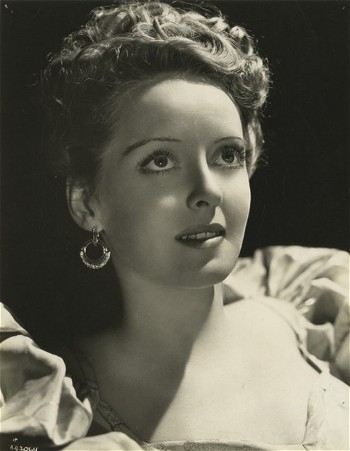 Bette Davis was my first favorite actress. I admit I decided she was my favorite actress because I thought she “should” be, not because I was familiar with her work. That was when I was a kid, though, and now that I’m an old feeb I realize what a powerful actress she could be. Several months ago I gave up on a forum because a male poster there honestly said he didn’t like Davis because he just didn’t care for those strong, modern types of women. He was referring to “The Letter”, a movie that is 68 years old. Yes, those modern women from 1940 are pretty scary, aren’t they? 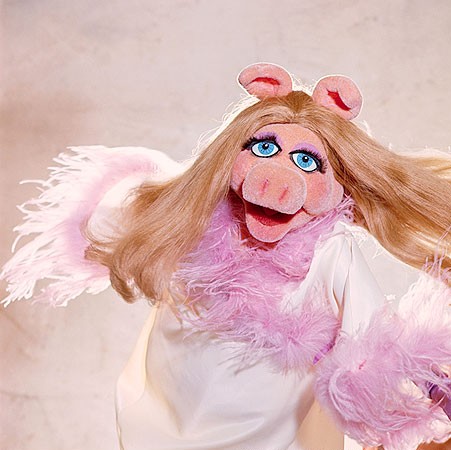 When I was trying to think of female role models I had as a child growing up in the 70s and 80s, I could only come up with one: Miss Piggy. I am not joking. She was smart, confident, beautiful, strong, and suffered no fools. She would karate chop your ass if you screwed with her. 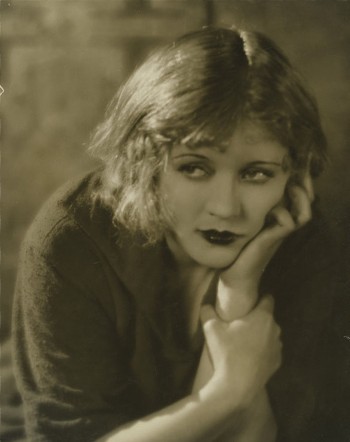 Marie Prevost is my current obsession. Plan on seeing a lot of her around here in the near future. 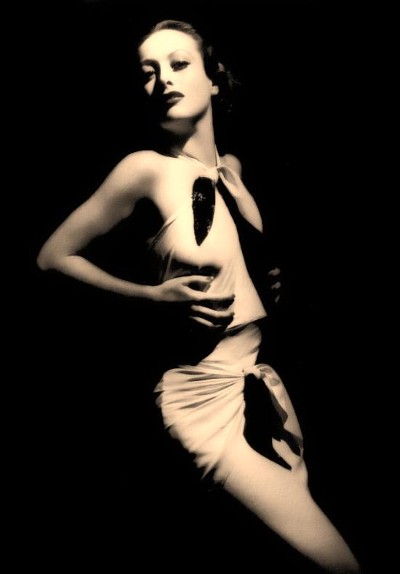 I love Joan. She wasn’t a good actress, a great beauty or a good dancer, but she was genuine and strong. She gave us so much wacky camp later in her career that she is elevated to goddess-like status in my eyes. 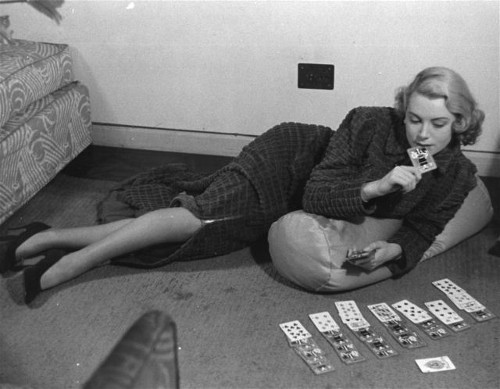 Deborah Kerr is probably my favorite actress. She is unflinching and sensible in almost every role she plays, giving an accessible quality to characters that otherwise may seem far too difficult for us to identify with. 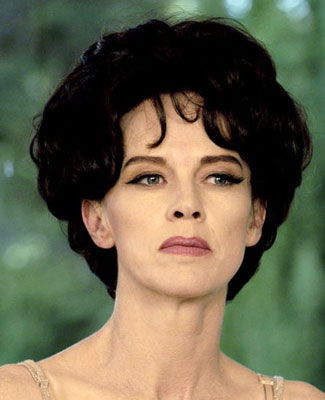 Judy Davis is a gem. One of our best modern actresses, no question. 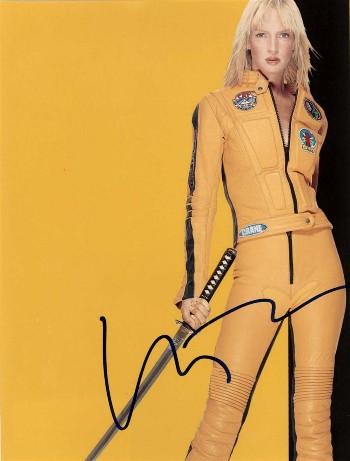 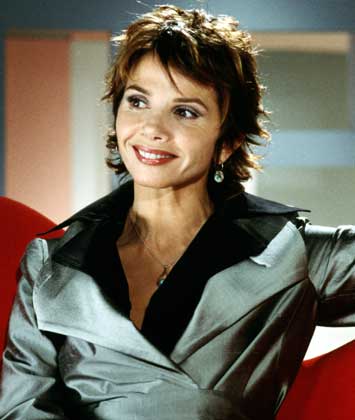 Victoria Abril is the only non-English-speaking actress on this list, mainly because I suck all to hell and don’t watch enough foreign films. 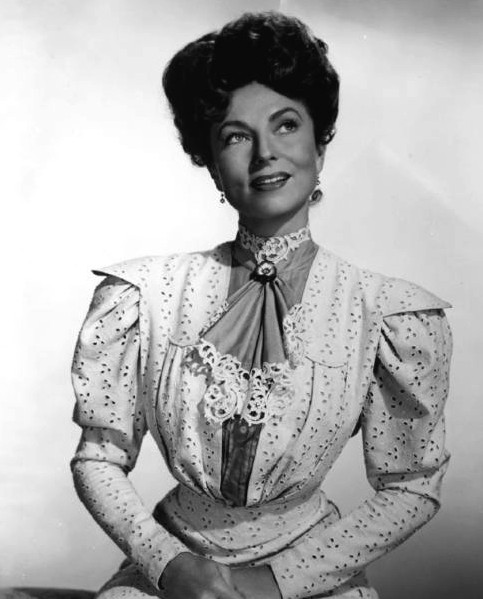 Agnes Moorehead seems like she was a real pain in the butt in real life, but I love her acting. 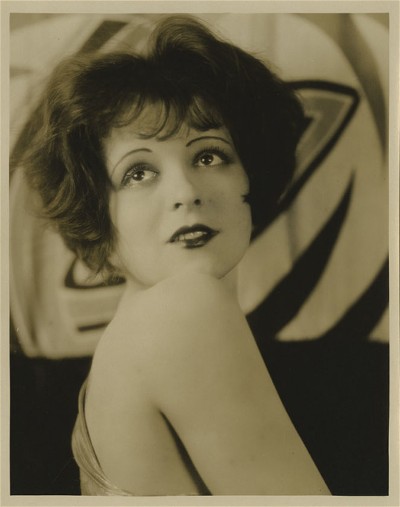 Clara Bow. I wish I could go back in time and be her friend. I don’t care if that sounds juvenile, it’s true, and thbpt to you if you don’t like it. One of my favorite moments is in “It” when Clara chews out the welfare workers. You can clearly read her lips as she tells them to “Fuck off!” 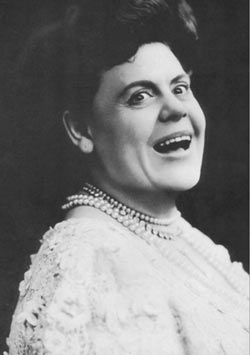 Marie Dressler’s broad acting style was incredibly charming. I’d want to be friends with her, too. There is no way we could ever have a popular actress like Marie nowadays — even now articles and blog entries about her always start out with “Despite being so fat and old, people loved Marie Dressler” — and that’s an absolute shame. 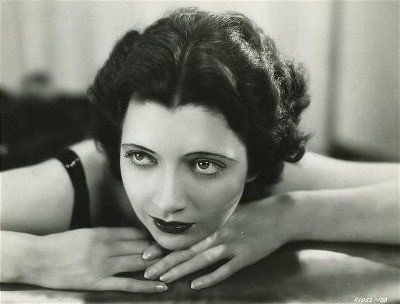 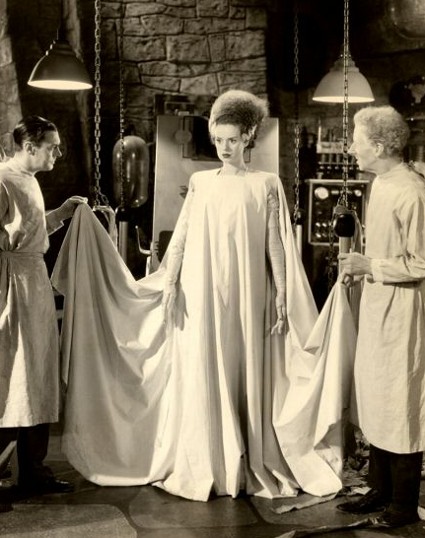 Elsa Lanchester is tons of fun in anything. Gorgeous as The Bride, hysterical as the spunky Miss Marbles in “Murder By Death”, always intelligent and charming. 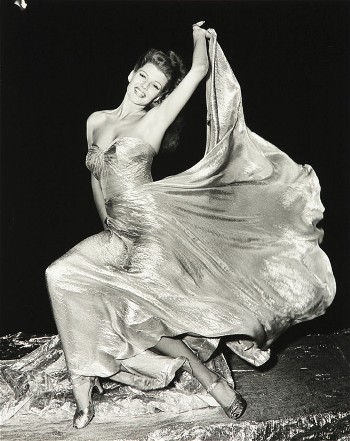 Rita Hayworth was probably more personality than actress, but she is so compelling that I can’t stop looking at her. 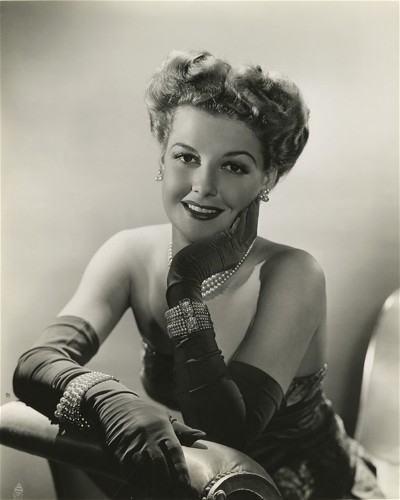 I’ve always thought Ann Sheridan had the perfect mix of innocence and straightforwardness. And that outfit she wears in “The Man Who Came To Dinner”… wow. WOW. I can’t believe the censors didn’t pitch a fit over that blouse. 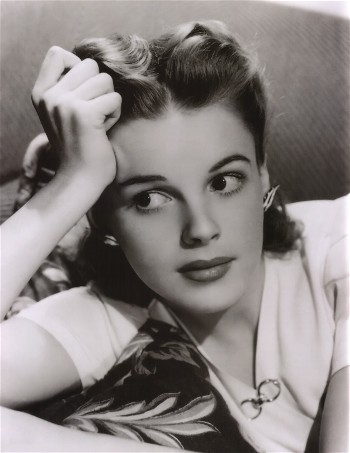 I adore Judy Garland, but halfway keep it to myself. Lots of people in classic cinema forums loathe her. She was also in “The Wizard of Oz”, and if you’ve lived in Kansas as long as I have, then you’ll know how complicated it is to admit to liking anything about that movie. 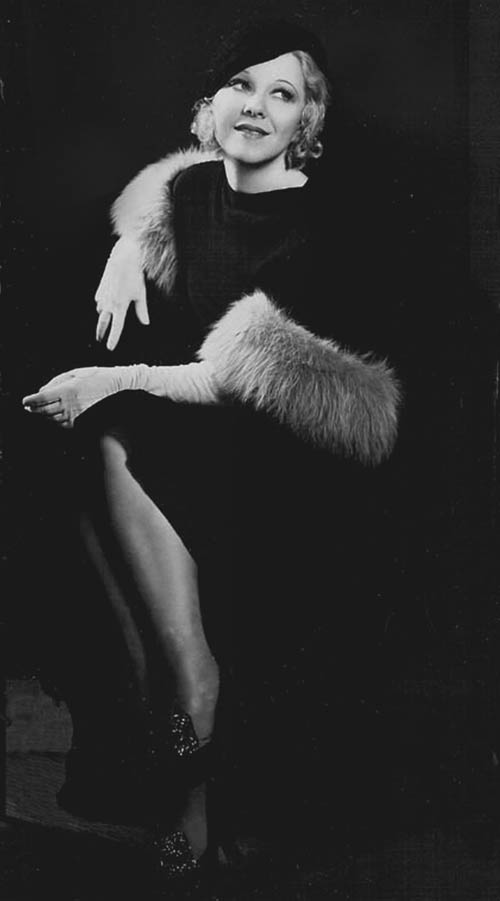 I love character actors, and the next three are no exception. Glenda Farrell is sassy, especially in “The Mystery of the Wax Museum”. You know, back when women played hard-hitting reporters that got into dangerous adventures and investigated mysteries. I swear, Bonita Granville’s Nancy Drew saw more excitement than any modern female stars today. 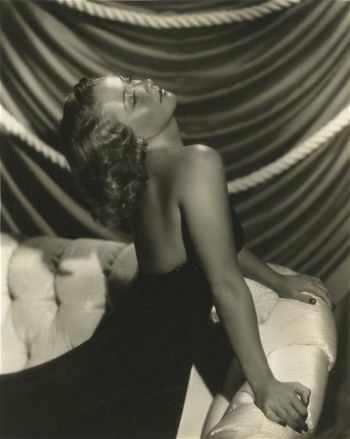 Joan Blondell is a terrific character actress, the best thing about a lot of 1930s pre-codes. 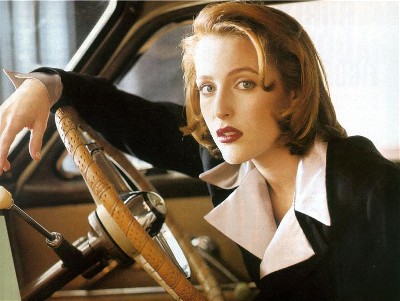 Gillian Anderson hasn’t been in many films so it’s kind of weird to list her, but I loved her in the PBS series “Bleak House”, in the film “House of Mirth”, and of course “X-Files”, so she gets included. And I love her voice. 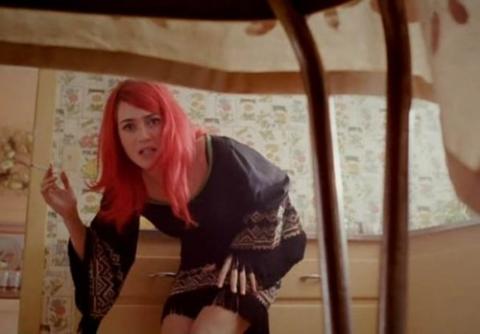 Kate Winslet is so good, I’ll forgive her for that atrocity committed to cinema. You know the one, with the boat? That one. (Edit: I apparently stole this image from Nick at Nick’s Flick Picks and I didn’t even mean to! Grateful credit and thanks go to Nick.)

Because I am so late in finishing my meme I won’t tag any one, but if this inspires any of you to do the meme yourself, let me know and I’ll post a link here.