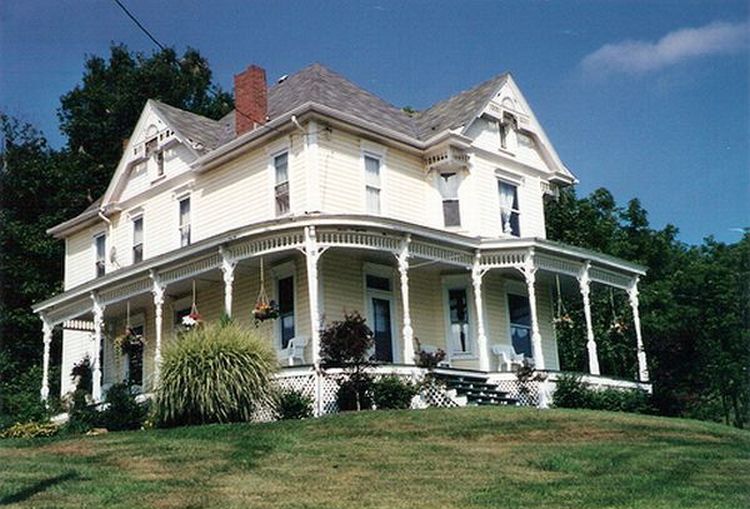 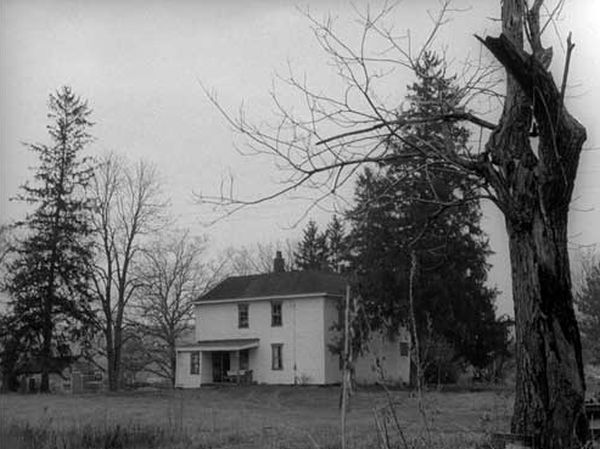 The house used in Night of the Living Dead (1966) was a farmhouse located near the Monongahela River and already slated for demolition prior to filming. A new house was eventually built on the same site as the old home. After the first home was torn down, nothing but a few pieces of siding remained. In the mid-2000s, a place was offering Halloween tours through the farmhouse, however, which I have to assume was a mock-up, but maybe was at the new house on the site. (Scroll down to George A Romero’s Fright Nights here.)

The gorgeous farm house from the 1990 remake, located in West Middletown, PA. I love this house as much as I love The Chicken Ranch.