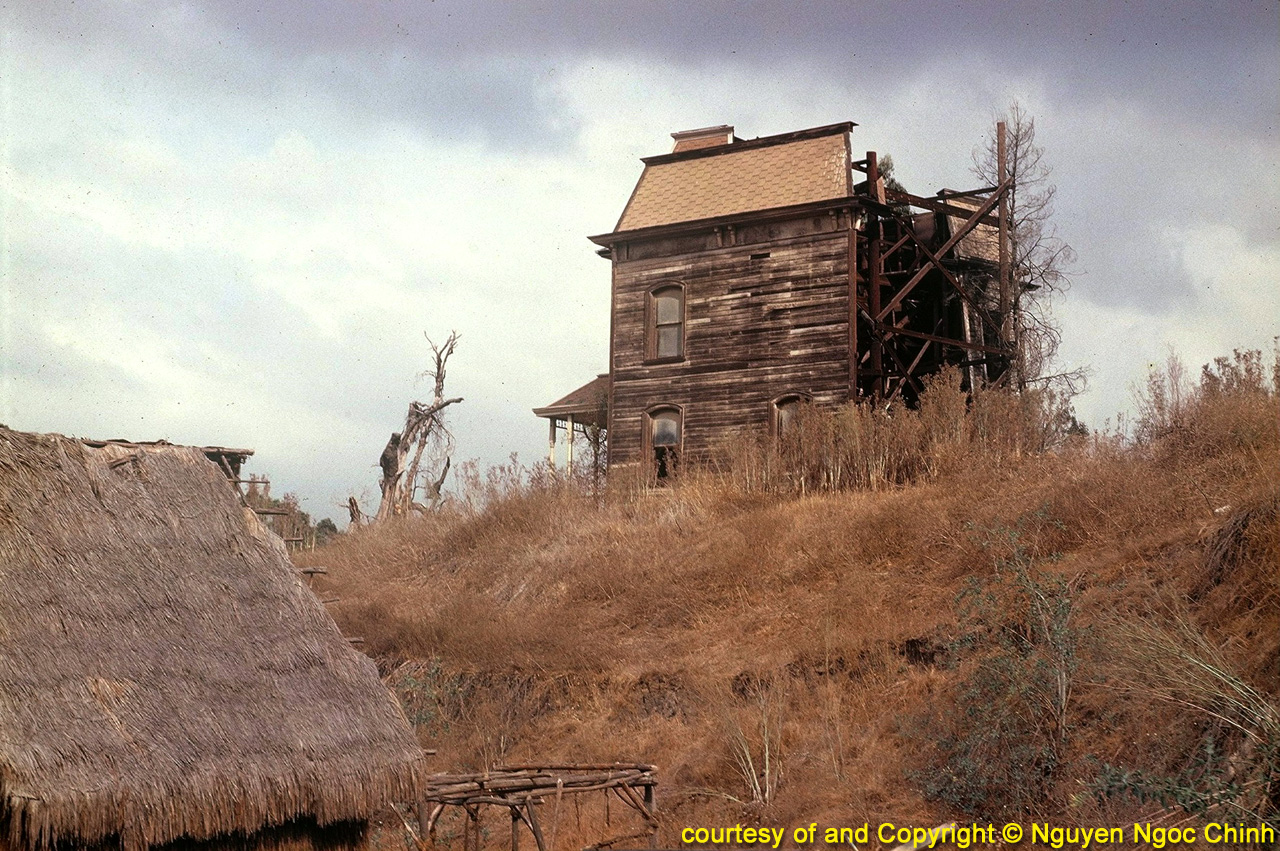 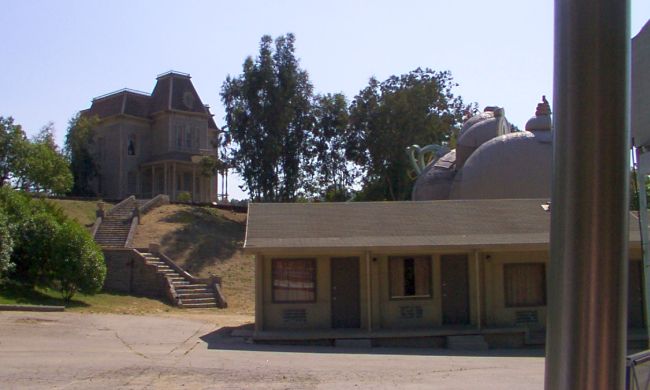 Oh, the Psycho house and the Bates Motel. It’s… it’s a long story.

The house was built on a hill at the Universal backlot near what was called Singapore Lake and is now known as Jaws Lake. Wikipedia slightly misstates things when they say the house and motel were built on the same stage that 1925 Phantom of the Opera was filmed on. Actually, the interior scenes in Psycho were filmed on the same stage, Stage 28, which was constructed for Phantom. (Stage 28 has, since this post originally went live, sadly been torn down by Universal.) However, Stage 28 was near the hill where the 1923 Hunchback of Notre Dame outdoor sets were, and Phantom filmed on the same hill as Hunchback and even used the outdoor sets left over from Hunchback. Is the hill used for Hunchback and Phantom the same hill the original Psycho house was built on? I can’t find any photographic evidence to suggest this is the case, but I suppose it’s possible.

Originally, the Psycho house was just a facade of two walls built from a plan heavily based on the Allison house on Universal’s famous Colonial Street. (The Allison house is now used as 4349 Wisteria Lane on “Desperate Housewives”, but previously was used in films such as Harvey and The Ghost and Mr. Chicken.) The Psycho house is also said to purposely resemble Edward Hopper’s “The House by the Railroad.”

The Psycho facade stayed on the hill behind Colonial Street/Wisteria Lane for many years and was seen in dozens of TV shows and movies. Eventually a third wall was added so it could be filmed from different angles. The Bates Motel was also seen in some films, including The Killers (1964). (Please ignore the fact that the website calls The Killers a western.) By the early 1980s the motel was completely taken down, and apparently no one knows why or exactly when. 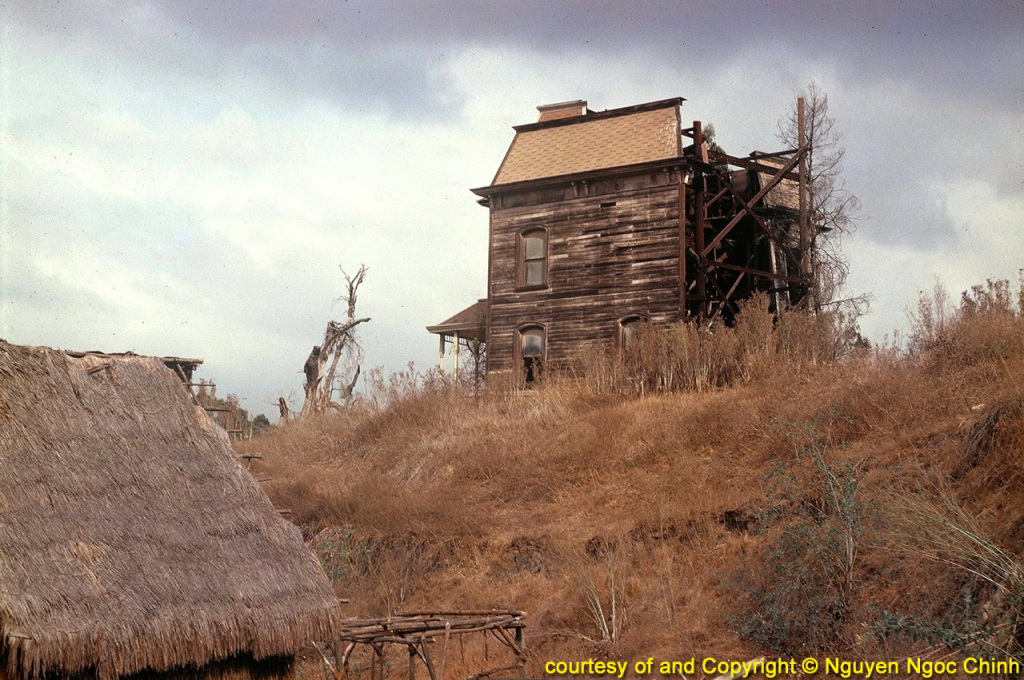 A 1971 shot of the back of the Psycho house. Photograph by Nguyn Ngoc Chinh, from this Retroweb Studio Backlots webpage, with tons of terrific photos.

As mentioned in The Chicken Ranch entry, the Psycho facade was moved in 1982 for the filming of the sequel. The reason given at the time was that the studio tour was built around the house and it was easier to move the house than move the tour. The house ended up near Falls Lake on the backlot and was given a fourth wall. The Bates Motel was torn down at some point, probably in the early 1980s, then partially rebuilt for Psycho II using original plans, then completely rebuilt for Psycho III. By 1986 the house and motel had been moved again to another part of Falls Lake, where they sit today as part of the studio tour. Right in the middle of Whoville. As Count Floyd says, “Ooh, scary.”

Update in 2012! This link has a great timeline of both the hotel and the house.