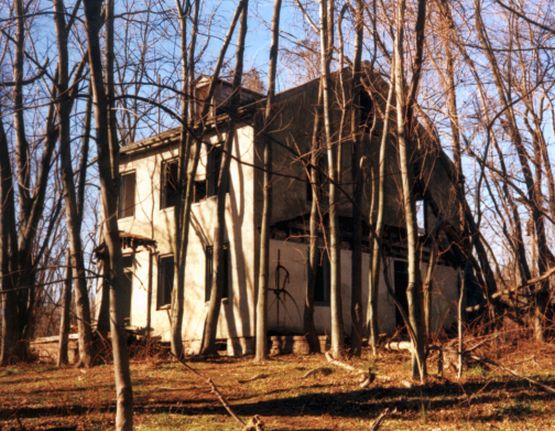 The Griggs House in Granite, MD, from The Blair Witch Project.

The Griggs House, used for the finale of  The Blair Witch Project, was abandoned for many years but allegedly in relatively solid condition until the film was released. After years of movie “fans” taking chunks of the historic 200-year-old house, the state couldn’t find anyone interested in the home, so it was demolished. So that’s nice.

For anyone interested in the house, the link above is an absolute must, with tons of pictures both inside and outside the building.