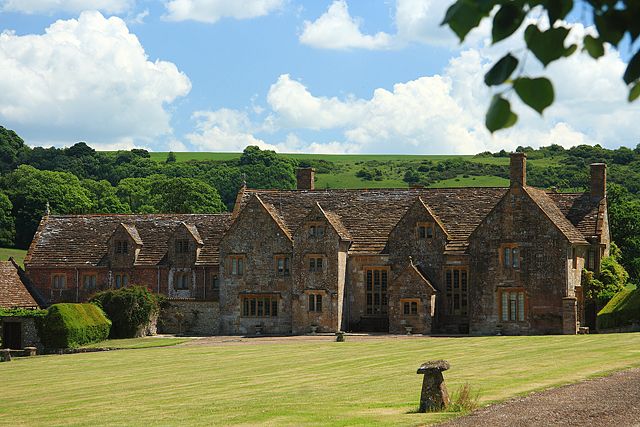 Up Cerne Manor, used as The Green Man Hotel in the 1990 miniseries. Built around 1624 and located near some lovely historic churches. A little history from dorsetshire.com:

The manor granted to Sir Walter Raleigh, he sold it to Sir Robert Mellor who built the house in the early 17th century. The fine interior of the house was largely destroyed in the early 19th century. Subsequently held by the Whites then the Battens. Used stone from the ruins of Cerne Abbey.