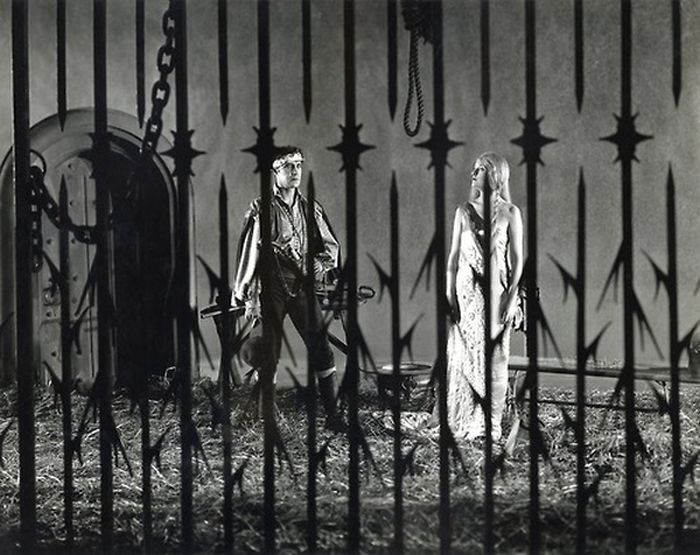 This picture has been making the rounds of Tumblr blogs, and it’s listed as “Lon Chaney, 1920s”. That’s not Lon Chaney; I think it’s a still from The Only Thing (1925), and here’s why:

The first thing I do in these situations is look for the still code written in the corner of the photo, and compare to these two great resources: Jon Marsalis’ Silent Film Still Archive and Silent Hollywood’s Movie Still Code List. The still code is hard to read here because of one number, but I think we can eliminate this being “223-113” (a 1925 Norma Shearer flick called “Slave to Fashion”) or 0223 (“Back to Life”).

That weird squiggle must be an 8, then, as in “228-113”. This places it as an MGM film, probably released in the last half of 1925. MGM production/still numbers don’t go strictly in order, by the way; if you look at MGMs production list, you’ll see movies like The Big Parade with a still code number of 229 released after The Midshipman which is 230. The still code numbers are fairly reliable in indicating when a film was released, though.

So while I couldn’t recognize the actor, I knew that actress was Eleanor Boardman in a long blonde wig. That means one cast member, the studio and the date the film was made were known. Add this review where Mordaunt Hall remarked specifically that “Eleanor Boardman, her head covered with long, blond hair, figures as the Queen” in The Only Thing, an MGM film from 1925, and I think we have our winner.

What do you think?