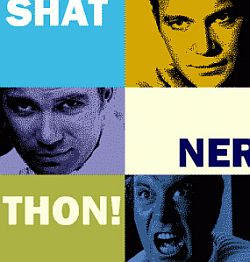 Thus far, there are a lot of great submissions to the Shatnerthon. Thanks to everyone who has already submitted! The turnout has been much better than I expected, so I am thrilled to death.

This is the master list of all submissions from Day One and beyond, in approximately alphabetical order. If you don’t see your links here yet, don’t worry; I am spreading links out throughout the week and yours will be posted soon.

Please, check out these fine blogs! You won’t regret it.