Everybody loves “Impulse,” the horrifyingly inappropriate thriller starring William Shatner. If you like B-grade thrillers from this era, you have to see the film. The good news is that it’s available on about a bajillion DVDs, probably because it’s public domain now. (This is a theory. I am not a copyright lawyer, and my comment here is not legal advice on whether or not you can legally copy this movie or not.) Nearly 8 years ago I found the movie from a company that sells public domain films, but it was a very washed out print without much color. I bought a new “legit” copy for the Shatnerthon only to find my old graymarket DVD was better. Reports from those who have seen it on the big screen say that this is just how the print looks. I tell you all this partly to excuse the pretty iffy screencaps I got. 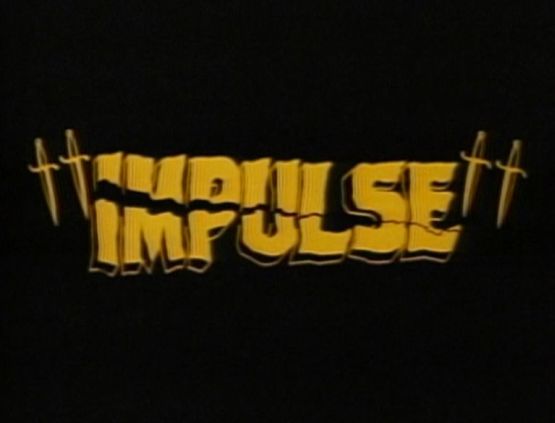 “Impulse” starts with a really terrible black and white flashback to the 1940s where a little boy freaks out when he finds his mom in the sweaty grip of a violent soldier. The boy kills the soldier and, as we later find out, spends time in an official treatment center of some sort for the murder. Dun dun duuuunnnn…

Then the credits roll, and we’re in the ultra mod year of 1974, watching Shatner leer at a bellydancer: 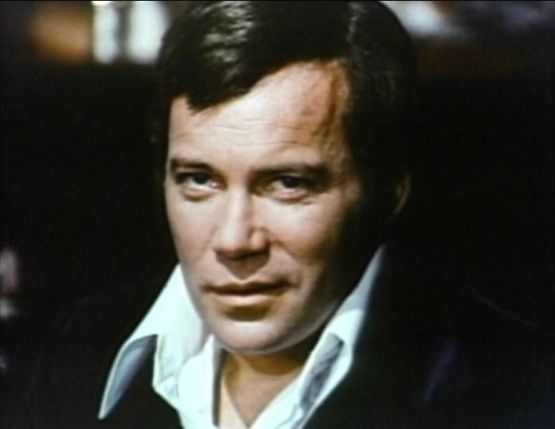 Shatner is Matt Stone, the disturbed little boy all grown up, scamming rich women out of their money and murdering them in the most skeezy and violent way possible. It’s pretty awesome. After yet another murder, he’s driving about going nowhere in particular when he somehow ends up on the street little blonde bratty Tina (Kim Nicholas) is on. He picks her up, and it’s exactly as creepy as you would imagine a greasy 35-year-old guy picking up a 12-year-old girl would be. There is some added creep factor here in the form of Tina’s dress, which would be appropriate for a 4-year-old but not for a girl just about to enter puberty. While he’s driving Tina around, Matt accidentally runs over a dog, and Tina instinctively knows from his unhinged reaction that he’s not a nice man.

In the kind of coincidence only found in low budget B films, the next scene finds Matt just randomly walking into the store owned by Tina’s young widowed mother, Ann — played by Jennifer Bishop, who was in a small part in the goddamned “Maltese Bippy”. They flirt and then, in another amazing coincidence, Ann’s rich friend Julia (the amazing Ruth Roman) sets her up on a blind date with Matt. If you cut out all these improbable coincidences, you’d be left with a 32 minute movie.

We interrupt this brief summary to ask people who have a better memory than I what the hell these tacky 1970s fountains were called:

It’s the gold fountain hanging with a thick chain. These fountains had a small Grecian-esque statue inside them and, in lieu of water, clear threads hanging from the top of the statue to the base which twirled. Because of clear silicone drops on the threads, it looked like “rain.” What are these things called? Because I must have one to go with my retro grape lamp.

Back to the show: Ann would enjoy the company of a man now that her husband is dead, and angry bratty irritating inappropriate Tina follows her mom to a hotel. She spies on Ann and Matt having sex and is horrified. Look, girlie, don’t look in hotel windows if you don’t want to get grossed out. You’re 12 years old, you should know this by now. While I have no clue what the idea behind the scene where Matt Stone picks Tina up on the street it, the premise of this hotel-spying scene is to create a parallel between Matt as a boy and Tina. I guess. Honestly, it freaks me out enough that I don’t think about it too much.

Matt later gets entangled with a past crime partner named Karate Pete (Harold Sakata) and things go from bad to worse, especially since Tina witnesses Matt violently murder Karate Pete. Will Tina convince anyone that Matt is evil? Will Matt steal all of Ann’s and Julia’s money? Will he murder again? Will he maybe kill that unbelievably irritating Tina and spare us all her whining? Watch “Impulse” to find out!

The best part of “Impulse” is Shatner’s wardrobe, which is divine. 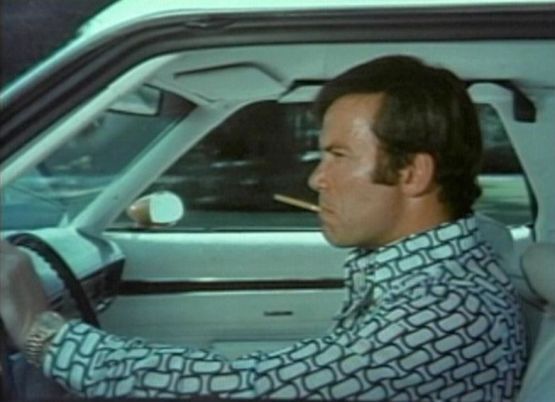 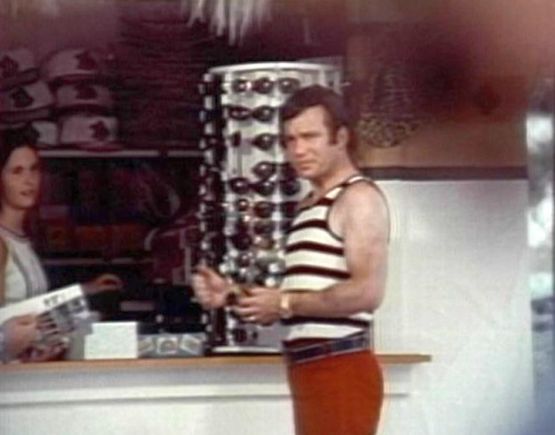 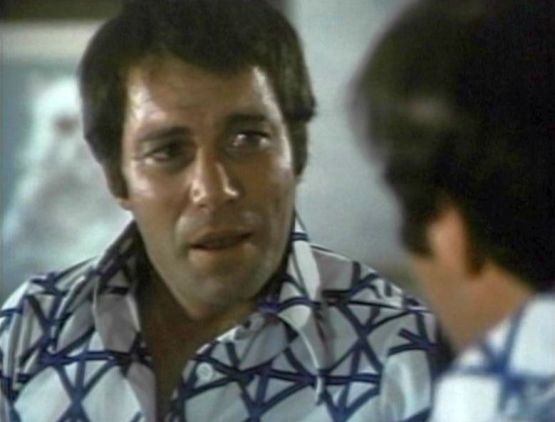 Collars up to his ears! 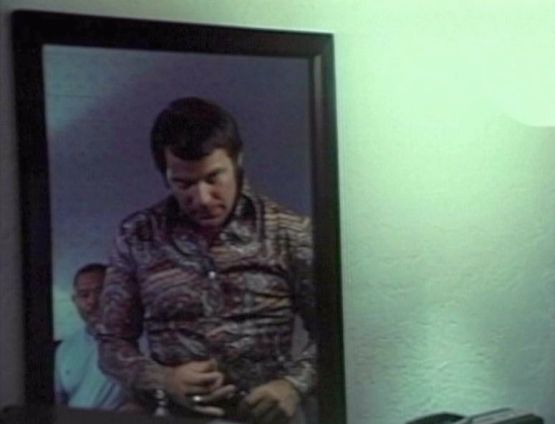 Tight polyester in a paisley print never goes out of style. 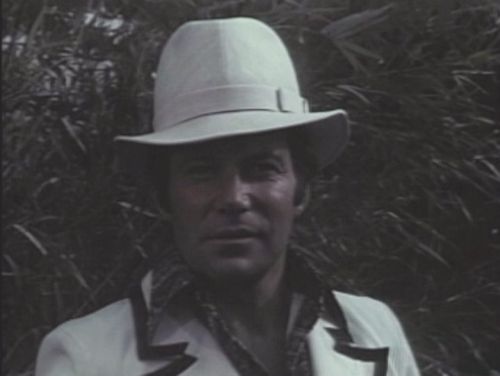 My only regret is that this scene is so washed out and overexposed that you can’t fully enjoy the glory of the Shatner pimp hat.