For Mr. Gable’s Maneater Week, I took the literal approach and watched Maneater (2007). 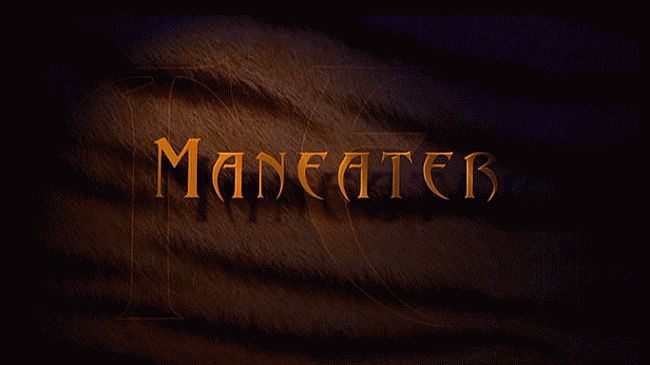 For those of you who don’t find yourselves staring at the SyFy Channel on Saturday nights watching people get eaten by various creatures both real and imaginary, you probably don’t know what the Maneater series is. Let me explain: It’s approximately two dozen made-for-cable films starting in 2007 and continuing to this day, all focusing on some animal that likes to eat people. I believe it started out intending to be all naturally-occurring real animals, but by the ninth film was using werewolves, so that original idea got thrown out the window pretty quickly.

In Maneater, Roy (Ty Wood) is a young boy whose mother keeps him sequestered away from society and school while homeschooling him. He is not allowed any books but the Bible, has no television, and they do not have a phone. At night, he secretly reads about exotic animals in other parts of the world. He apparently also sleepwalks and his mother, the genius that she is, treats his condition by tying one end of some twine around his hand and nailing the other end to the headboard.

Except the super effective, scientifically proven twine cure doesn’t work. He sleepwalks on a nearby road and causes a driver to swerve and crash, releasing his cargo: a black market Bengal tiger. The tiger takes a liking to the boy and spares him, but kills and eats the driver and several locals who venture into the woods. 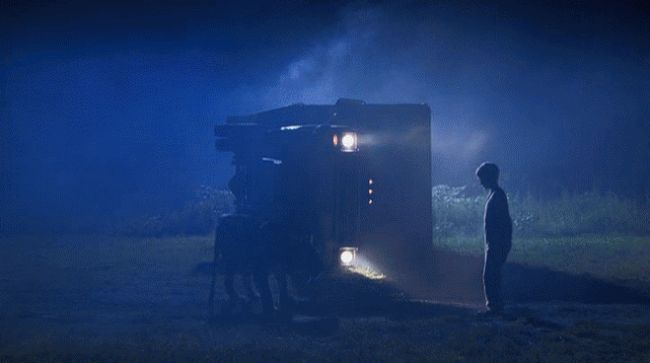 The town sheriff, used to dealing with nothing more serious than spats over quilt sales, is tasked with trying to figure out how to deal with this predatory menace that attacks before it is seen. This sleepy little town has a festival coming up, and the mayor keeps riding the sheriff’s ass because he doesn’t like the bad publicity caused by this man-eating tiger, which will scare away visitors to the festival. 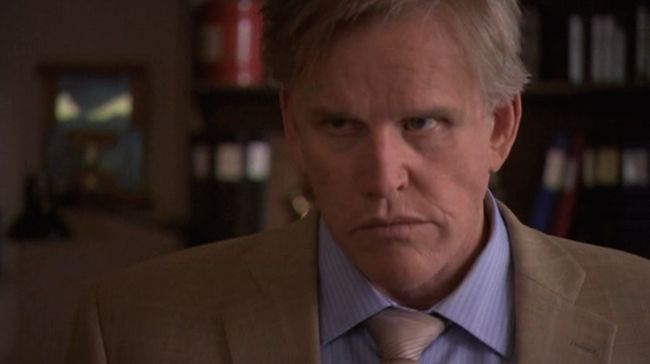 Why the mayor would want to anger someone who looks like this is beyond me.

The movie, at least in the beginning, makes a decent effort to create a plausible scenario that the kid is simply imagining all this. He clearly wants to escape his problematic upbringing, even if it’s just through dreams. His mother refuses to believe him when the tiger has gone on a rampage and killed some townsfolk. Little details like the tiger sleeping nights outside the kid’s window and a local reporter named “Kathy Kurick” also speak to the theory that this is all a kid’s dream.

One of the best things about the film, and one of the things that critics hated the most (according to WikiDerpia), was the old-timey British great white hunter Colonel Graham. This is where I really thought the story was getting good, because it was clearly done deliberately: The Colonel, who is straight out of the late 19th century, has set up a tent, a Victrola, and a tea set out in the middle of some just-off-the-highway field in preparation for hunting the tiger. Played by Ian D. Clark — who is terrific by the way — the character of Colonel Graham adds to the surreal nature of the situation and makes it fully possible that the entire thing is merely a dream. 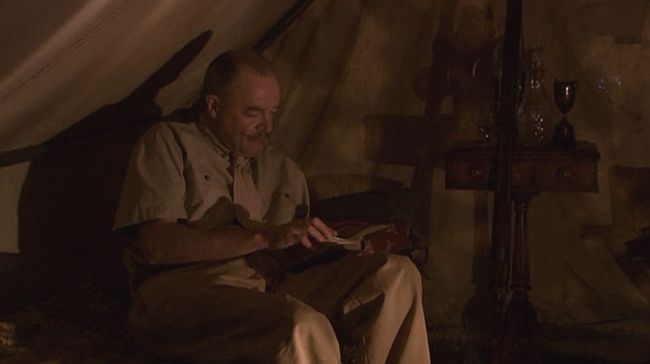 Another thing I really enjoyed about the film is that it used a real tiger instead of the unintentionally hilarious CGI shit that usually ends up in these things. Apparently, a few critics hated this because it meant they couldn’t laugh ironically at the poor CGI or watch as people got ripped to shreds. Maneater, though, never seemed like that kind of movie. It felt very old-fashioned in a deliberate way, and it had a nice overall aesthetic that was completely shot to hell every time you saw some over-the-top gruesome mangled body covered in red food coloring and Karo. After watching X the Unknown tonight, I realized it is possible to combine the gruesome with the G-rated exposition parts relatively seamlessly. Maneater just couldn’t quite achieve that.

Now, the worst part was, by far, the mother. Roy’s mother is a Christian fanatic who is decked out in typical modest Christian dress and who forces her kid into a backwards kind of homeschooling… and she looks a hell of a lot like a member of the Phelps family, which I’m positive is no coincidence. The character is gratuitous enough, but the idea that she could somehow not know the tiger was loose in the area is preposterous. She works in the town in a store and yet never saw the television news, even though it was on several times while she was there. No customers nor her boss told her the tiger had killed several people and there was a curfew. Even when the sheriff tells her that there is a tiger, she doesn’t believe him. It’s not even remotely convincing.

The National Guard sends in six jerks to come kill the tiger, and they, what with being jerks and all, get killed. Colonel Graham goes stalking after the tiger like this is a Flashman novel and befriends the boy, which again went a long way to making me think we would discover the kid was imagining everything. One night when Roy’s mother leaves the store, she gets killed by the tiger, which I am sure is supposed to be a good thing in the film’s eyes. The sheriff is there because the store alarm was tripped, and the Colonel and Roy are there as well because they were trying to stop the mother from walking alone.

So anyway, the kid sees his mom ripped to shreds, the Colonel is half ripped to shreds, and the sheriff’s gun is apparently loaded with chewing gum and paper clips because it doesn’t affect the tiger at all. Only when he accidentally shoots the store’s above-ground gas tank does he manage to kill the tiger, who perishes in the ensuing explosion. For a little hilarity, note that the stuffed tiger they sat near the tank goes flying off to the left in the shot of the explosion. Guess they only had one take.

The ending is a happy one, with the mom eaten by the tiger in front of her little boy, and the boy immediately, without legal intervention or contacting any next of kin, is adopted by the childless sheriff and his wife. 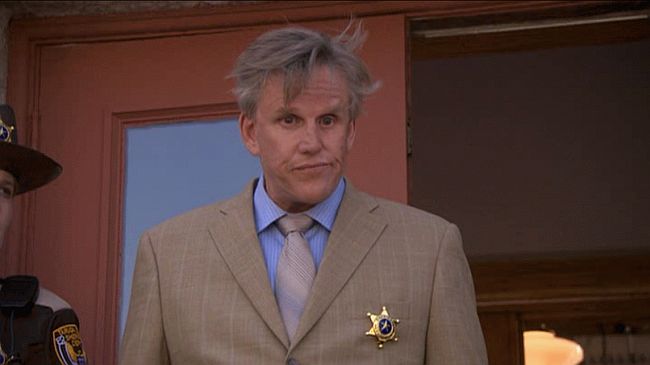 The moral: If, over the Fourth of July weekend, a goofy yet scary sheriff tells you there is a tiger running around eating people, believe him.