Sergio Leone and the Infield Fly Rule is famous for many things: The reviews, the insight, the super spicy nachos, and of course the movie quizzes. I’ve been wanting to do one of these for a long while, but was always stymied on or before question #20 on the list, because I know a lot less about movies than I let on. (Shh!  Don’t tell anyone!)  This time, I am doing the dang quiz, and I will rally on whether I know what I’m talking about or not!

Also, please note that the occasional “fuck yous” are not directed toward anyone specific, but are simply used to indicate the general fervor with which I express my opinion.

1) Depending on your mood, your favorite or least-loved movie cliché

The gratuitous wedding ring shot irritates the hell outta me. Very big in 1950s and 1960s U.S. cinema, this is the shot where the audience is sure to notice a wedding ring on the hands of the lovers onscreen. It’s somewhat subtle, usually on a hand that is caressing a cheek or sliding along a neck, but its intent is clear: To assure all good Christian Americans that the two liplocked lovebirds are married in the eyes of God and man. You can still catch it on TV commercials nowadays, especially the ones for erectile dysfunction drugs.

2) Regardless of whether or not you eventually caught up with it, which film classic have you lied about seeing in the past?

Accidentally lied about Harold and Maude because I got it confused with Minnie and Moskowitz. Not my proudest moment.

5) Clockwork Orange– yes or no?

Yes, but with reservations.

If Raising Cain counts, then that.

Melanie Laurent, because she’s the one who has been in movies I actually want to watch. 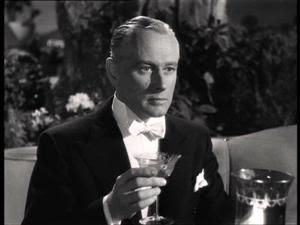 Timothy Carey and, again, fuck you for even asking.

13) Movie most recently viewed theatrically, and on DVD, Blu-ray or streaming

I haven’t been to the movie theatre since Wallace and Gromit: Curse of the Were-Rabbit. On DVD, I just watched Harvard Beats Yale 29-29, and I’ll be catching some streaming “Mythbusters” tonight, then 3 rotten movies for the Netflix Instant Bad Movie Marathon.

These questions break my balls, because I can’t just pick one. Probably Harry Lime, or maybe Captain Quinlan. 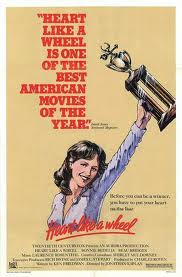 France Nuyen, because she was on “Automan” and “Crazy Like a Fox.” Ivan will now tell me I have shitty taste in television.

Either Heart Like a Wheel or Death Race 2000, but since I’ve never actually seen Death Race, I’ll go with Heart.

Noooo! I love them both!

King is best when a good director pares down all the fluff, excess, and outright copyright infringement. I don’t think any director worth their salt is willing to tackle such a thing. But if someone wanted to turn The Dead Zone into a camp comedy, I’d watch it.

22) What actor that you previously enjoyed has become distracting or a self-parody? (Adam Ross)

Lon Chaney, Sr. And everyone hates me for it, but for god’s sake, how many times can you see the deformed and/or evil guy lose the girl then die horribly before you get tired of it? My personal limit was 8 times.

23) Best place in the world to see a movie

I have no idea. I don’t watch movies in theatres much.

Sterling Hayden and, again, fuck you for even asking.

Pass. I’ve only seen one.

The Stepfather. The original, bitch.

28 Days. I think the scene at the beginning with the priest running toward the camera would be great in Sensurround. 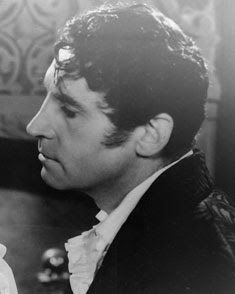 29) Favorite relatively unknown supporting player, from either or both the classic and the modern era

30) Real-life movie location you most recently visited or saw

I went to grade school in one of the towns featured in that TV birds-and-the-bees series “The Body Human,” and I went to high school in a town featured in a well-received documentary and indie film. But I’m not going to tell you where either one of those places are.

I think I’ve been to some of the places in Topeka and Lawrence used for Carnival of Souls, but I’m too lazy to dig out the KTWU docu on the Criterion set to confirm.

34) What’s the biggest “gimmick” that’s drawn you out to see a movie? (Sal Gomez)

Snakes on a Plane

35) Favorite actress of the silent era

I gotta say Marie Prevost, I’d get funny looks if I didn’t. 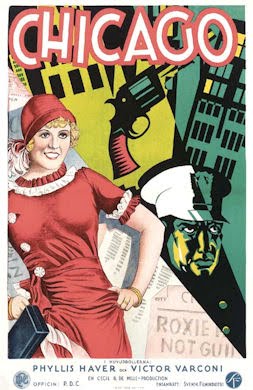 Again, I don’t watch many modern movies, and I steer clear of the remakes for the most part. The best remake I’ve ever seen is Night of the Living Dead (1990), but it’s from last century, so I got nothin’.

38) What could multiplex owners do right now to improve the theatrical viewing experience for moviegoers? What could moviegoers do?

Moviegoers could stay the hell home. Mr. Stacia and I were the only ones in the theatre for Curse of the Were-Rabbit and it was terrific. Only Snakes on a Plane and, in some circumstances, Blue Velvet really require an audience.

There you have it. Complaints, threats, and summonses may be left at the door.