SBBN is not a personal blog, but I wanted to jot down this recap of my recent trip to Vegas, full of explanations and anecdotes and all sorts of nifty things to read. And the sarcastic quote from a Bette Davis film for the title is your guarantee that this post is crammed full of quality wordsmithery.

If you followed my Twitter over Labor Day weekend then you already know a lot of this, which is a perfect example of how multi-platform social media exposure is going to ruin society as we know it. Or something.

I had a husband but got married anyway: My husband and I have been together since high school, which was about 72 years ago, as you can tell from the photo in the last Phantom Creeps recap. In fact, about two hours after that pic of me and my spiral perm was taken, Vincent and I started dating. We considered ourselves common law married nearly two decades ago, but for the last several years it became clear that certain elements in U.S. society wanted to codify their religious beliefs about marriage into law, and these efforts have been at least somewhat successful. A side effect is that living together, also known as living in sin (sin!), was often looked down on by hospitals, banks, and worst of all, the courts. Thanks to the current political climate, we couldn’t rely on a judge to agree we were common law married in case something happened to one of us, so we decided to get married with a license and everything. That’s why I got married even though I already had a husband. 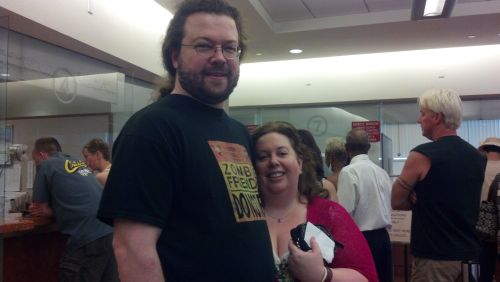 My bitter hipster irony will not save me. Vincent and I went to Vegas thinking a drive-thru wedding would be cheesy and a perfect way to show our contempt for marriage. Not so, friends. The vows were lovely and our limo driver was so sweet, and two seconds after the vows started this cold-hearted bitch of a critic and her big burly bouncer husband in fingerless leather gloves and zombie t-shirt were sniffling, then gentle tears, then finally we were a couple of gibbering idiots who got a well-deserved lesson in humility. 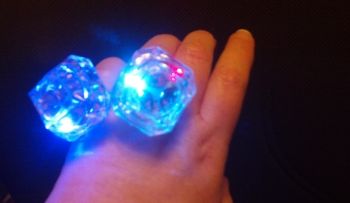 I like shiny things. Toward the end of this summer tour, these epic, gaudy, enormous flashing plastic rings, unofficially called Bling Rings, were being handed out for free by the box-fulls at Neil Diamond concerts. I snagged myself a couple, and they’re great, though the on-off button under the ring toggles too easily when you clap, meaning there is less flashy-flashy than one really wants at a Neil Diamond concert. But they were surely giving them away not for the flashy-flashy but because there were so many left unsold from earlier concerts, and Neil was probably all like, “There is no way I’m drivin’ home with 17 boxes of Bling Rings in the trunk of my Toyota, blinking on and off every time I go over a pothole.” Also, I am not a law enforcement expert, but I’m pretty sure it’s against the law to have too much fabulousness in one’s possession, so he needed to divest himself of some bling before the Bling Ring Interdiction Agency got wind of it. 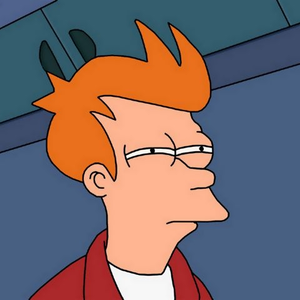 I didn’t have one mean thought about Neil Diamond during the concert. After all the shit I’ve said about him on the blog and Twitter, once the concert began I didn’t think one negative thing… well, almost. During “Shilo,” Diamond strolled to house right just like he did during the 1976 fiasco I blogged about and which my good ‘net friend Wally K has very kindly uploaded to YouTube.  As a side note, I have since discovered other people — normal people, probably — are delighted by the 1976 performance. As for me, all I can tell you is that an entire bottle of wine could not prepare me for the moment I first watched that little “Shilo” scene. So when Diamond moved to the same side of the stage for “Shilo” as he had 36 years ago, I gave him Philip J. Fry eyes until I was sure his ass wasn’t going to go renegade like it did back in ’76. And it didn’t.

Speaking of normal, I was anything but during the concert. I shook for the first quarter of the show, so badly that all my pictures look like this: 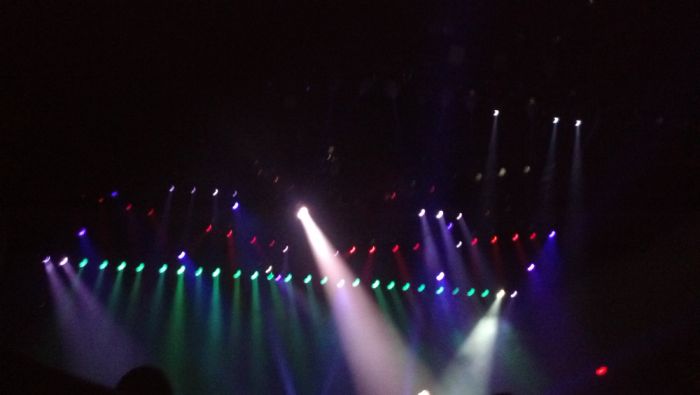 That grey spot at the very bottom is Neil’s hair. You can tell because all the spotlights are pointed toward it.

People are awesome. A wonderful usher at the concert moved us from the 19th row to empty spots in about the 7th row as we waited for the encore; I felt like I was only a few feet away from Neil Diamond during “Brother Love.” It was overwhelming, and that’s the best I can do for a description because COMPLETELY OVERWHELMED, in part because after the concert, the usher gave me an absolutely unbelievable souvenir. Not just unbelievable, but surreal, and I’m convinced if I tell anybody what it is it will disappear and everything will turn out to have just been a dream, I’ll still be married to Patrick Duffy and all my clothes will have shoulder pads again.

Our limo driver in Vegas was the sweetest guy in the world, too, and he mentioned that a Neil Diamond concert on our wedding day was very romantic. And Vincent and I both laughed because we had never thought of it that way, a very stupid thing for us to do considering when Vincent wooed (get me, I just used the word “wooed”) me in high school he wrote me romantic notes that were taken entirely from the lyrics and banter of Hot August Night. Over the school year he quoted everything, even the tree people stuff, except for one bit: Neil mentioning a doorman who looked like Guy Kibbee. This lead to a this conversation a few months ago when I was still a newbie Neil fan and hadn’t listened to HAN in about two decades:

ME: Someone tried to tell me that once, I think they were screwing with me.

ME: Talks about Guy Kibbee.

ME: During Hot August Night?

Looking for answers when you don’t know the questions sometimes works out okay. I’m not gonna lie to you: I mostly went to see Neil Diamond in Las Vegas because I needed answers. Then, about a week before we left, it became clear that I didn’t honestly know what my questions were. That changed once I saw Neil on stage; the reason I didn’t post this last week is because I have been trying and failing so very hard at explaining what happened at the concert. Much of it you wouldn’t believe, most of it still needs to bubble away in my brain before I’ll understand it, but I can at least say that I am finally at peace, at least marginally at peace, with myself for being so heavily inspired by Neil Diamond a year ago. 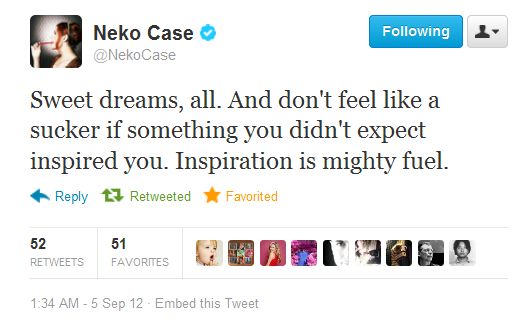 Revelations, like Futurama jokes, are always hilarious: One particularly angry fan left a comment on my Laughing Devil post last year implying that, having never been to a Neil Diamond concert, I didn’t really understand his craft.  I had already thought of that point before Anonymous Greg brought it up, so the potential aftermath was always in the back of my mind. What I learned after seeing Diamond in Vegas is that, had I been to a concert before I wrote “Laughing Devil,” I would have been a million times harder on him in that post than I already was. I cannot imagine watching the ’76 Vegas performance after seeing him in concert a few days ago; I would have been heartbroken. 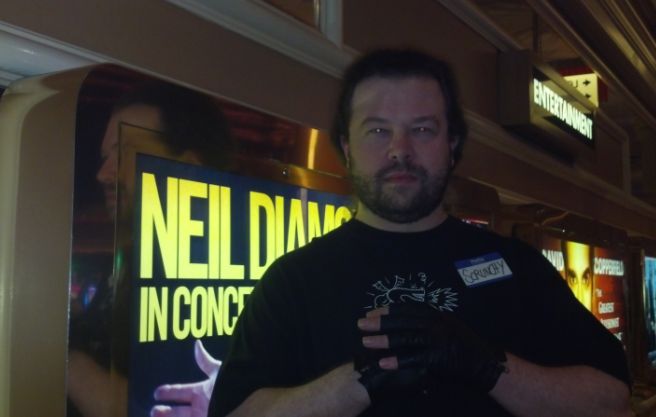 The future? Also hilarious: For anyone who has read this far, after the Camp & Cult Blogathon and after I finish Phantom Creeps, it’s going to be All Neil All The Time around here, a little like Sheila O’Malley’s amazing Elvis series except not as insightful or prolific, which goes without saying. But there is a lot I’ve put on hold that I need to get out, and soon.

Getting it out means I’m going to occasionally say some harsh things about Neil Diamond. There will be strange connections made and tasteless implications and jokes and unabashed adoration and pictures for every gaze and some of you won’t like a bit of it. I’m okay with that, and I hope you all are, too.

And, finally, a tip from someone in the know: Silly fish stories are very in this season. The day we left Vegas was my BBFF Ivan’s birthday, so I called him and we had a blast. He’s a funny guy, which you all know already because you read TDoY, but he’s even funnier on the phone. I like to think I have a pretty sophisticated deadpan, but Ivan’s blows me completely away. I am but Donald “Bland” Cook next to his Jack Benny. One of his best stories that day was about a woman who had her vacation ruined because she got bit by a fish. This started an epic discussion where I, world famous fishologist, said the most sensible thing I could: “Uuhhhh, I don’t know if fish even have teeth. I’m gonna have to get back with you on that one.” You see, I was convinced only some fish had teeth, and also that sharks were mammals, which shows you how punchy I was by that point in the trip.

When I got off the phone, my husband very rightly started making fun of me, calling me an “icthy-noramus” and reminding me that piranha movies wouldn’t be much fun if all they did was gum people for a bit and then swim off. Then only few days later, Neil Diamond tweeted a fish joke, proving without a doubt that fish jokes are in. Don’t be unhip, kids: Say something silly about fish today!