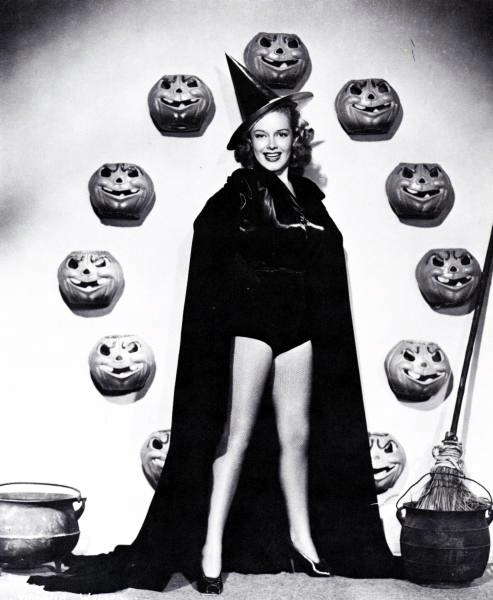 Yesterday, I re-posted a 2010 entry of mine with Clara Bow in a host of Halloween-themed promotional pictures. Recently I found another from the set, and it inadvertently started off a lengthy search for Halloween props reused repeatedly in pictures over the years: 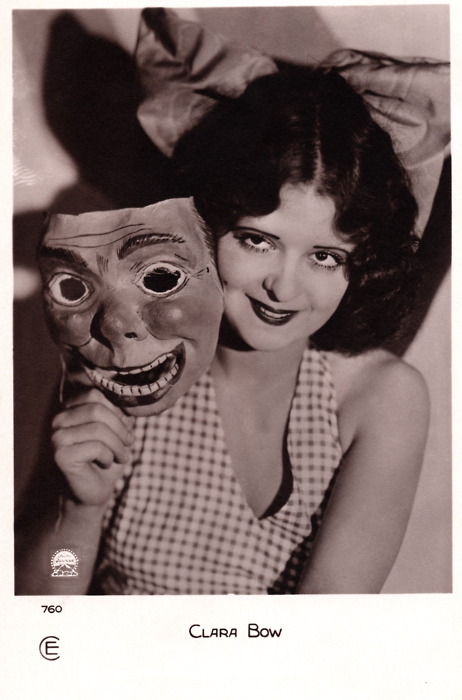 That mask and the pumpkins from the set I posted yesterday were also used in a series of pics with Nancy Carroll: 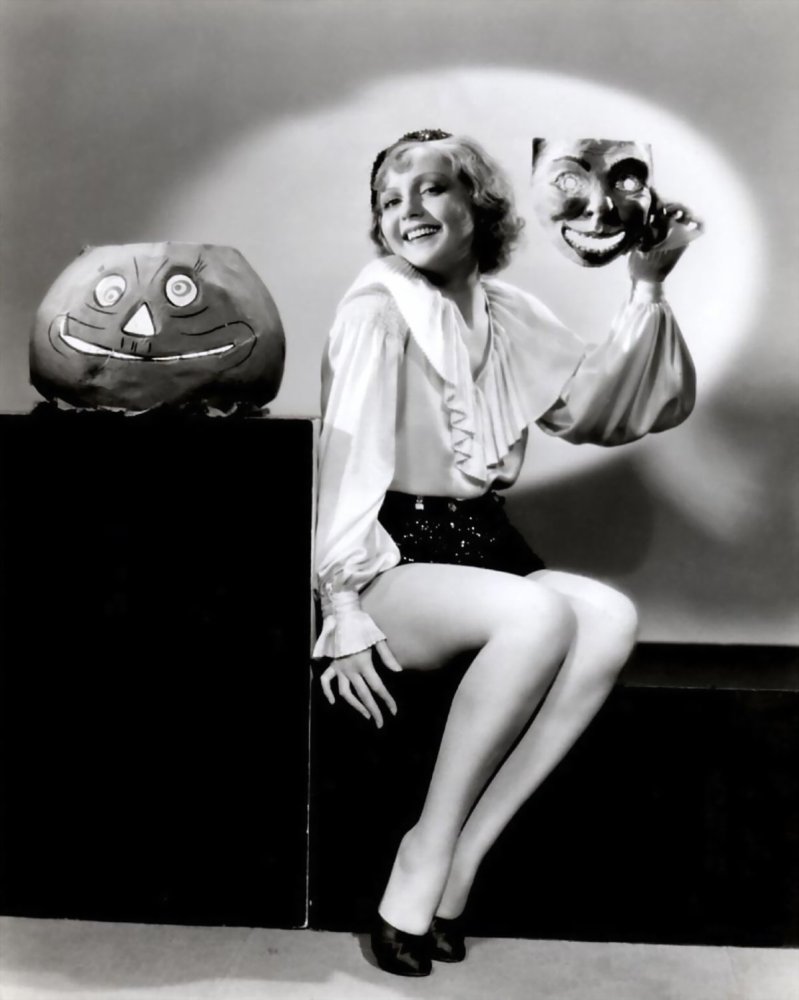 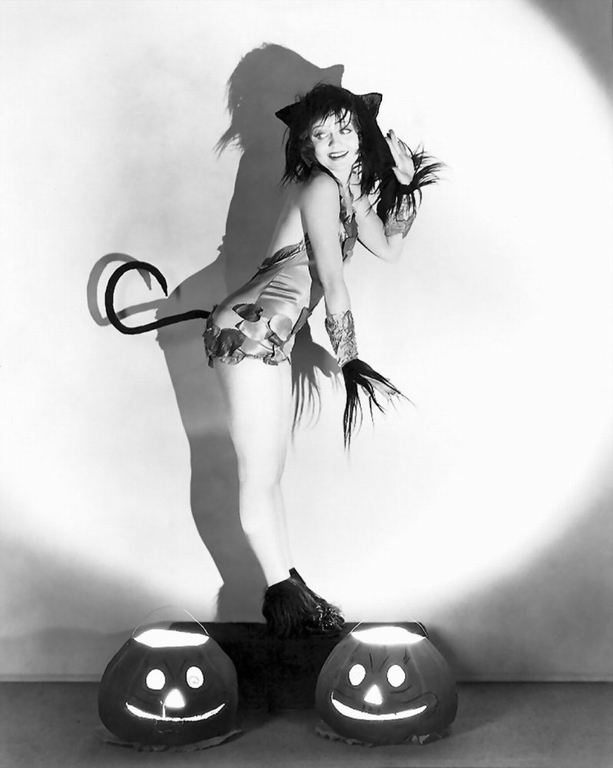 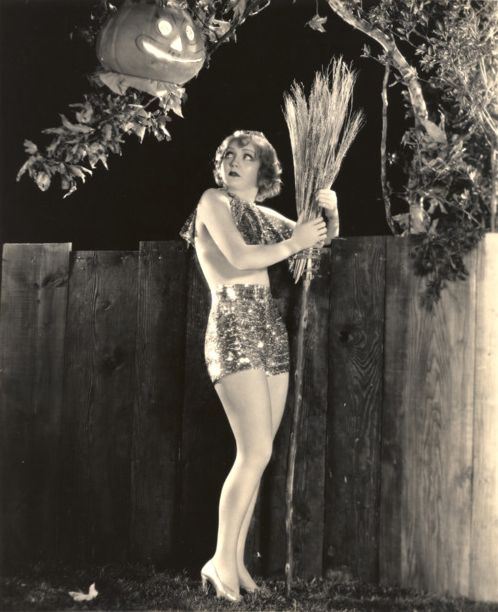 Another popular set of props originated with promotionals for I Married A Witch (1942): 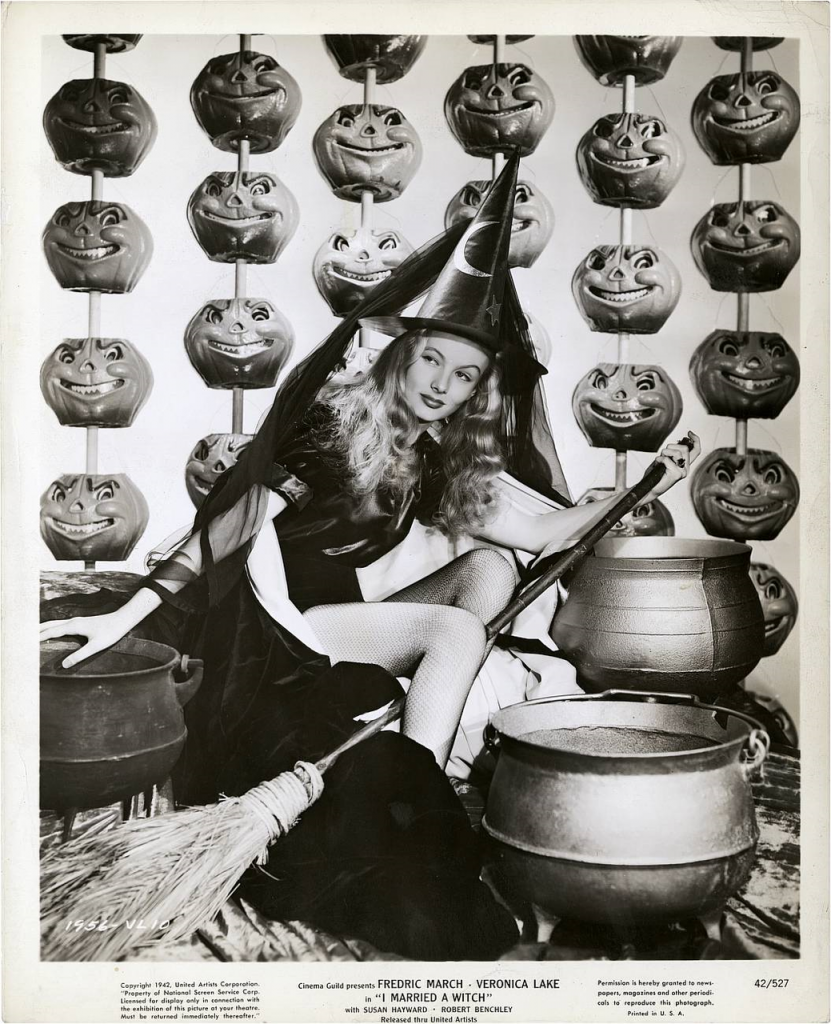 Those pumpkins show up all over the place: 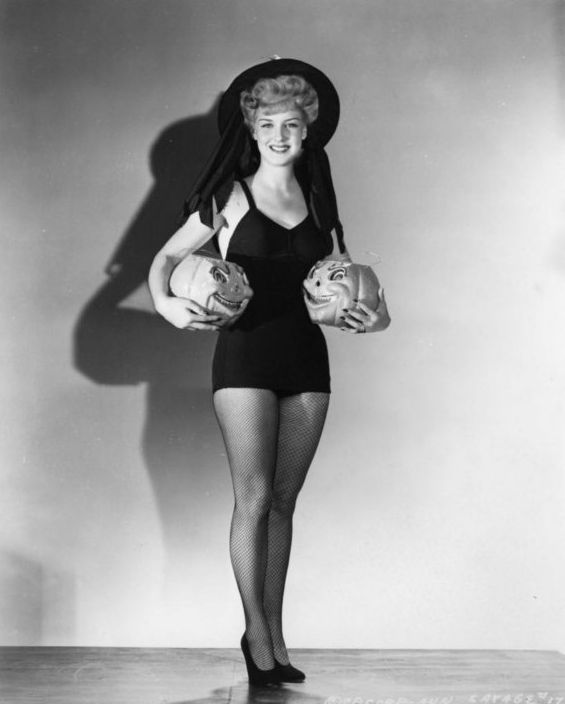 And three with Ann Miller, taken at least a decade after the Veronica Lake film: 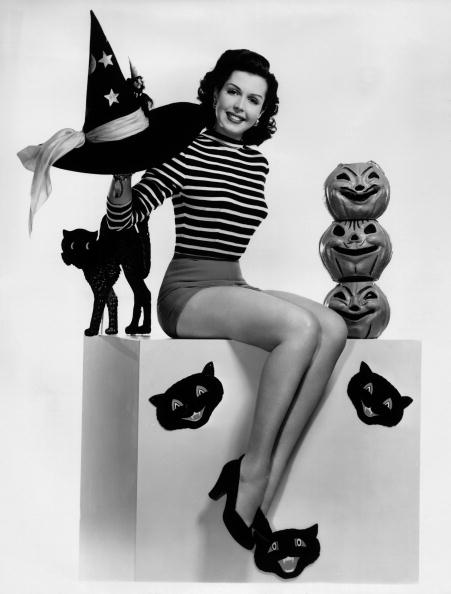 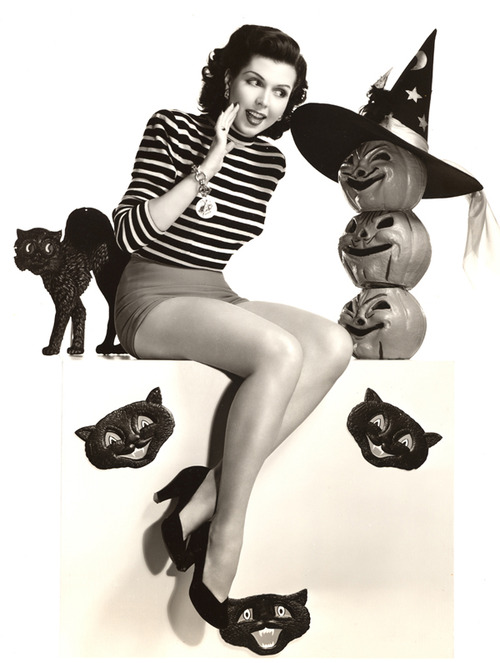 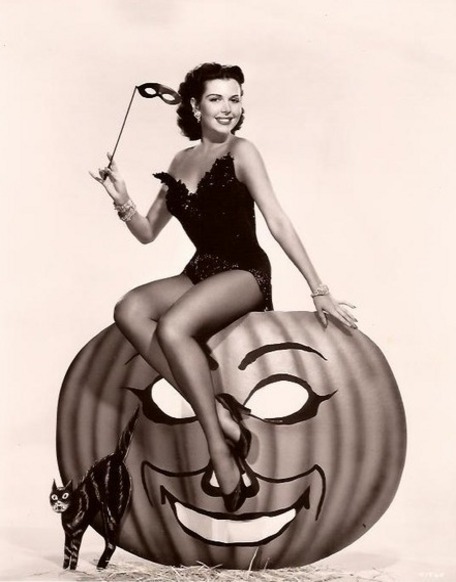 In this one, Ann is posed with the same striped cat that was in the Elaine Stewart picture I posted earlier this month.

Speaking of cats, Ava Gardner and June Knight have the same one, painted differently, and I think the same broom with a different rein: 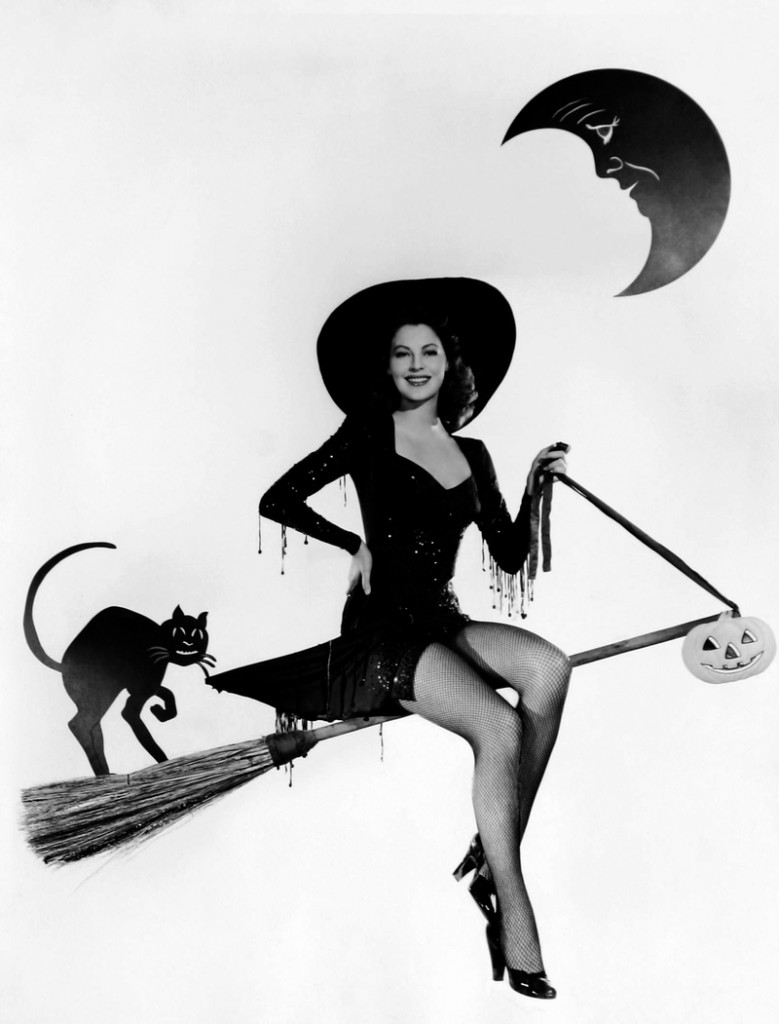 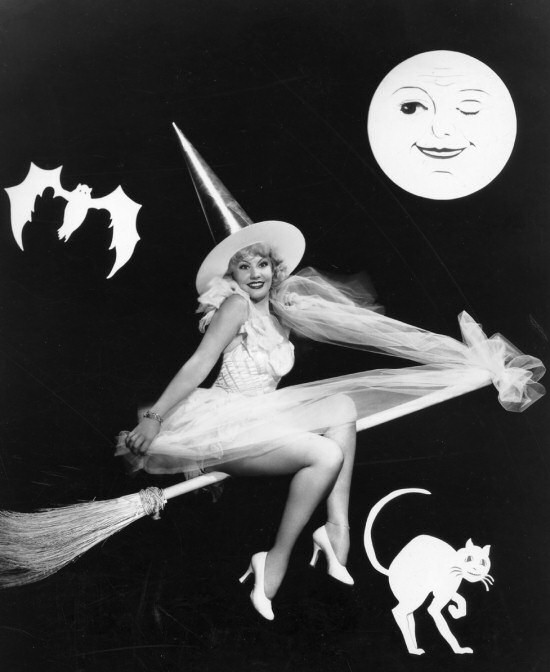 This all started a few days ago when Thomas, in comments of that Elaine Stewart post, brought up the hilarious cats that show up in these Halloween cheesecake pics. I went searching for a specific photo I was looking for and found these two, which have the same wiry black thing shaped vaguely like a cat: 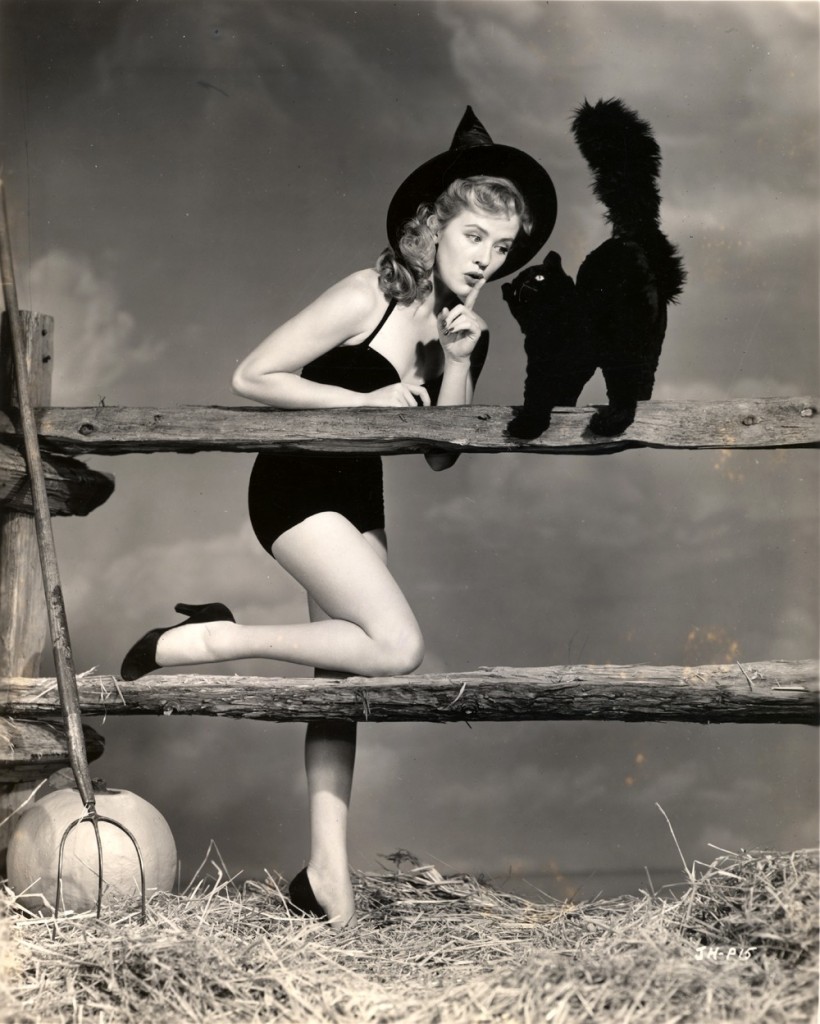 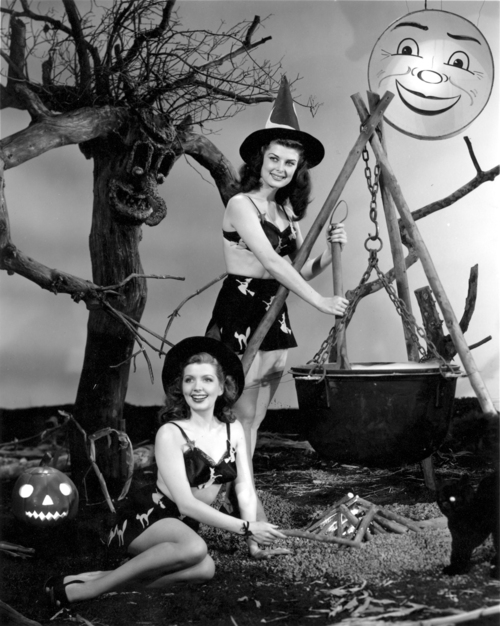 And finally, right back where we began, with Clara Bow and those freakish cats I went looking for in the first place: 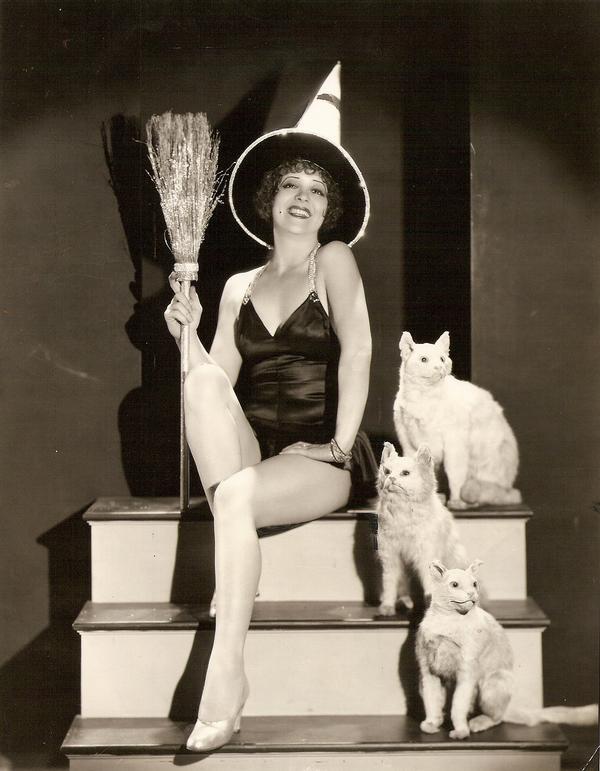 You’re welcome for the nightmares.