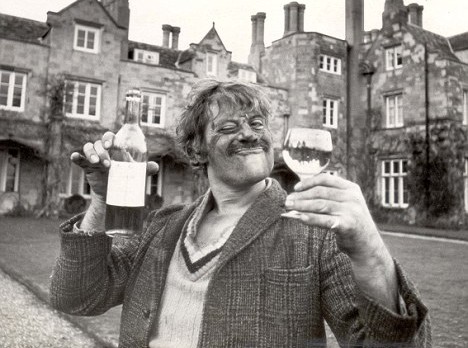 Regulars at the village pub where hell raising actor Oliver Reed has been banned by the landlord are boycotting their former local in protest.
Landlord Mr Brian Duffell imposed the ban at The Cricketers in Ockley Surrey on Christmas Eve after 41 year old star climbed up the chimney and came down to give a barmaid a sooty hug.
One of Mr Reed’s drinking partners 68 year old Mrs Jennie Gooding said yesterday: “I’m disgusted by the ban. Ollie is a lot of fun and keeps us all amused.’
…Yesterday Reed was recovering from a bout of New Year revelry at his 500,000 47 room mansion at Broome Hall Dorking.

This site uses Akismet to reduce spam. Learn how your comment data is processed.