Watch the surviving reels of Alfred Hitchcock’s earliest feature film The White Shadow (1924) online for free at The National Film Preservation Foundation. It’s only up until January 15, 2013, so watch it soon! 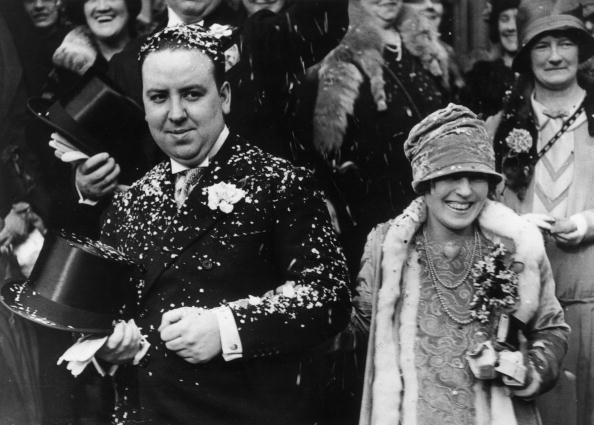 Alfred Hitchcock and Alma Reville at their wedding in December, 1926.

Three reels of The White Shadow, about half the film, were recently discovered in New Zealand. In May of this year, Self-Styled Siren, Ferdy on Film and This Island Rod hosted the annual For the Love of Film Blogathon, proceeds of which went to allowing the restored White Shadow to be streamed online.

Titled White Shadows in the U.S. and The White Shadow in the U.K., apparently not much is known about the film. Hitch, just 24 years old at the time, adapted the screenplay from Michael Morton’s unpublished novel Children of Chance. Morton was a well-known dramatist whose biggest success was to come a few years after Shadow, when he adapted Agatha Christie’s The Murder of Roger Ackroyd into the hit play Alibi.

Hitch worked many jobs on Shadow; he was not only writer but assistant director, editor and production designer of the film. David Sterrit considers The White Shadow to be a “missing link” in Hitch’s career, an example of work from the bridge of his career between neophyte title designer to director. Shadow is alternately listed as released in 1923 or 1924, with a February, 1924 review from a U.K. publication and Silent Era pinpointing the U.S. release date to October 13, 1924 making the latter seem more likely. 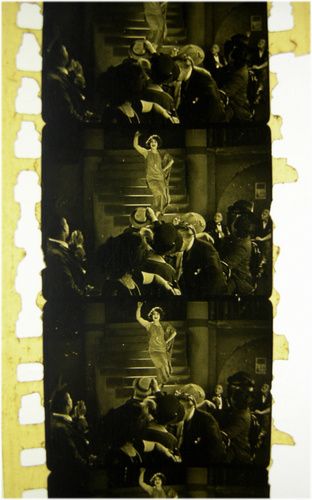 If you haven’t seen The White Shadow yet, you may want to skip the following: Thar be spoilers.

While The White Shadow is perhaps destined to be confused with the progressive-for-the-time 1928 Monte Blue flick White Shadows in the South Seas, the metaphor of a white shadow could not be more different between the two films. In South Seas, the white shadows refer to white people arriving to a tropical island, intent on imposing their particularly odious brand of colonialism. In Hitchcock’s 1924 film, a white shadow is a person’s soul, and one of the beautiful young twin sisters Georgina and Nancy Brent (both played by Betty Compson) has no soul.

Nancy is the soulless woman, rather hilariously depicted as merely vivacious, longer of skirt and more restrained of attitude than your typical flapper but not particularly awful. Her character plays as a cautionary tale against the burgeoning threat of flapperdom rather than a legitimate example of a soulless person, though at one point she does snot off to her father, suggesting she would be ecstatic if he accidentally broke his neck while riding a horse.

Interestingly, especially given Hitch’s turn at writing the adaptation, her father (A.B. Imeson) exhibits quite a few of the uncomfortable characteristics of an abusive man. He starts out jovial enough, drinking more than he should and being charmingly humorous about it, but a scene where he drinks while his wife and the “good” daughter, Georgina, say grace at the table foreshadows what is to come. When Nancy arrives home soon after, she sits on his lap and kisses him full on the lips as he rests his hand on her breast. Perhaps this is the result of changing cultures, or an early example of the salacious father-daughter relationships in U.S. pre-Codes such as King Kong. Given the father is later shown as frightening his wife and Georgina, going so far as to push Georgina brutally to the ground, it seems Hitch had created one of his earliest secret monsters: Someone who appears normal enough to other characters and the audience, but who is later revealed to be quite dangerous. 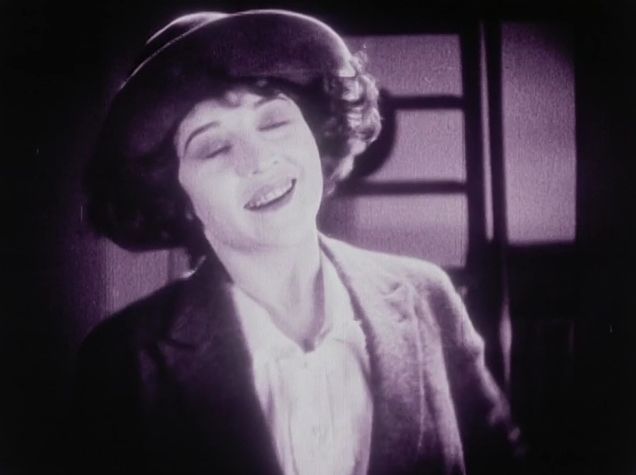 Clive Brook stars as Robin Field, a “young American” university student, despite being 35 years old and looking at least 45. Nancy, fed up with her father’s demands that she behave, and assuming she realized the utter hypocrisy of a man almost out of control demanding his daughter stop (gasp!) dating a man, runs off with her beau Robin. Her father is so distraught that his favorite daughter, who just very coincidentally happens to also be the very naughty daughter, has run off, so he leaves to search for her. Neither are seen or heard from again, and after a lengthy search, investigators give up. The mother dies from the stress of the matter, and Georgina moves to London to try to continue the search herself.

Georgina happens to run into Robin, who mistakes her for Nancy — the pair had apparently split up after the soulless daughter ran off, though no details are given — and Georgina pretends to be Nancy to “save” her reputation. If this sounds ridiculous and melodramatic, it is. The story continues to a fascinating series of scenes in a Montmartre club called The Cat Who Laughs, surely based on the real life Le Chat Noir, where Nancy has taken up residence as a beautiful mystery woman. The three available reels end at about 35 minutes in, so a short summary of the rest of the film is given, and it is a hoot.

The print of Shadow is very rough at the beginning of each reel, as you can see: 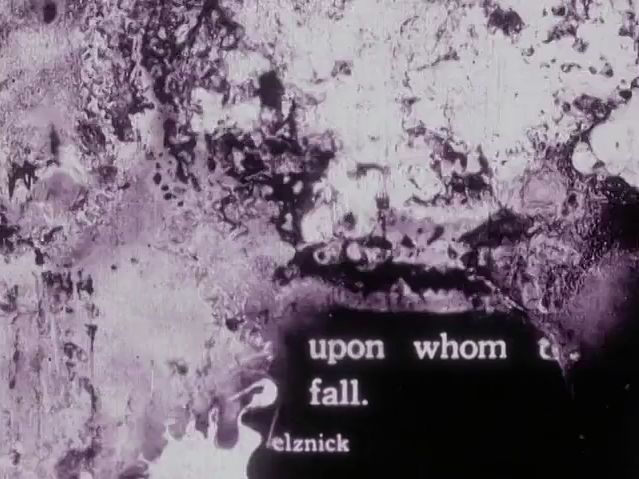 It softens out quickly, though, as you can tell from the above cap of Nancy enjoying the fresh sea air. There is a real shine to the nitrate that comes through on this print, a lovely glint from the sun on reflective surfaces. The tinting is occasionally jarring but very well done, and the set decorations — one of Hitch’s many responsibilities — are some of the best I’ve seen in an early 20s film. This restoration is definitely worth your time , so watch it now while it’s available!