This is my entry for the Week of Hong, hosted by Lost Video Archive. Don’t forget to check out all the other entries this week! 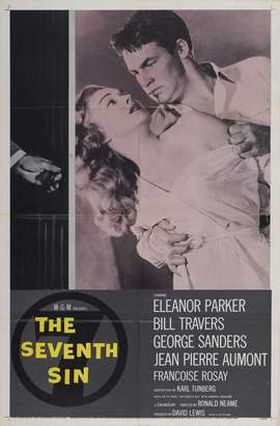 The Seventh Sin is based on the exceedingly popular 1925 novel The Painted Veil by W. Somerset Maugham. This book was previously set to film in a 1934 version starring Greta Garbo, Herbert Marshall and George Brent. Elements of the novel were used in other pre-code films, too, primarily Mandalay, released just eight months before The Painted Veil. The Garbo version is more true to the novel, while the 1957 version with Eleanor Parker glosses over the backstory of the adultress and begins right smack dab in the middle of the, well, adultering.

The dialogue in The Seventh Sin is just short of ridiculous. At one point, the bitter-but-married Carol and Walter engage in a stuttery exchange that sounds uncannily like the joke dialogue Eddie Izzard invented in his famous routine comparing US with UK films.

The Seventh Sin is so bitter and cynical that George Sanders is brought in to liven things up a bit, to ground the participants and add a little humor and humanity. When George Sanders is your voice of reason, you are in deep damn trouble.

Carol Carwin is an American married to Englishman Dr. Walter Carwin (Bill Travers), both living in Hong Kong where Dr. Carwin is doing research. When the film opens, Carol is inconveniently in bed with her lover Paul (Jean-Pierre Aumont). Well, it’s not inconvenient for them, but definitely for her husband who, in the time-honored pre-divorce tradition, arrives home early and quietly discovers them together. He goes undetected and does not confront his wife directly, instead spending an evening playing games of stilted conversations and angry, narrowed eyes. 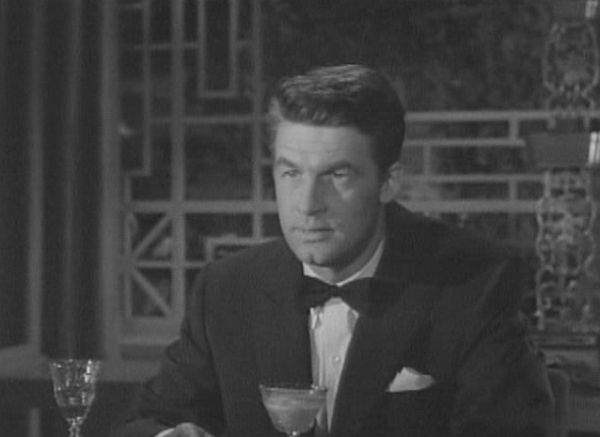 Carol realizes he knows of her affair about 20 minutes after everyone in the audience knows — hell, there are people still in the lobby deciding on what size of popcorn to buy who know — which tells you just how plodding the storyline is. The couple have an unseemly fight about how he’s really horrible in the sack, the result of which is an ultimatum: Walter will agree to let her divorce him quietly but only if her lover Paul divorces his own wife and they marry. If Paul will not, then Walter will cause the biggest, scandaliest divorce ever seen, or Carol can come with him to cholera country and an almost-guaranteed death sentence. 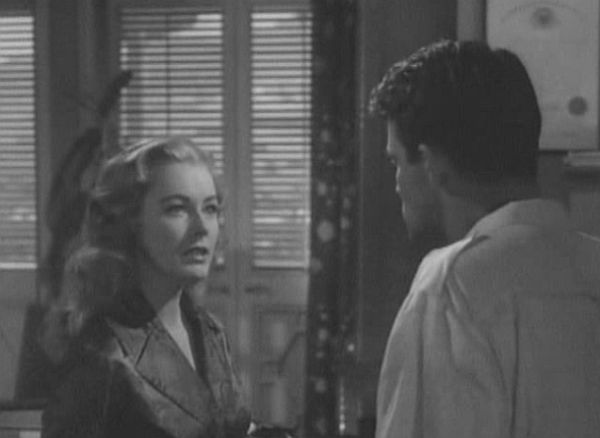 Paul turns out to be a heel who had no intention of marrying Carol despite his previous promises otherwise, and Carol trots off to Choleraville where she and Walter engage in several nasty rounds of a game I like to call Monogamy Out Of Spite. They eat contaminated foods to spite each other while hilariously-named Englishman Tim Waddington (George Sanders) looks on in horror. 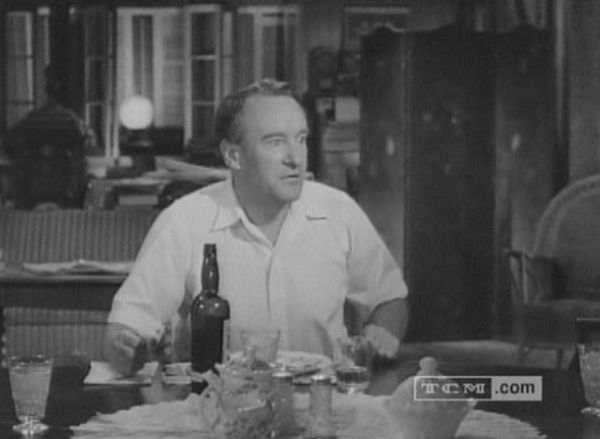 “You are both completely fucking nuts.”

Carol and Tim become friends as Walter works tirelessly to inoculate the citizenry. Tim introduces Carol to the nuns at a local convent and, eventually, to his Chinese wife, played by actress Judy Dan. This all leads to redemption, of course. 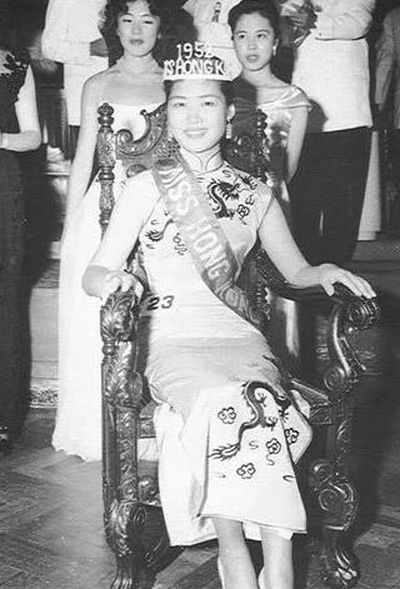 The reason I chose The Seventh Sin for Week of Hong is because it was an early film in his career — he had been in films just under two years at this time — and because I had heard he had a reasonably large part. I was misinformed. It’s difficult to tell with credits in films from this era how large a part is, of course; Judy Dan is pivotal to the film, for example, but her role is uncredited.

It should be pointed out that The Seventh Sin engages in a not atypical but still disturbing objectification of Asians, portraying Tim’s wife as having ancient wisdom best used to assist white people in trouble, bing lost without a white man in her life, and even being referred to as “her” and “she” right in front of her face as though she were not in the room with the white people talking about her.

The lesson she imparts to Carol is stated blatantly by Tim: “You are emancipated and equal and terribly unhappy.” Yes, that’s right, women would be happy if they were only treated like things. 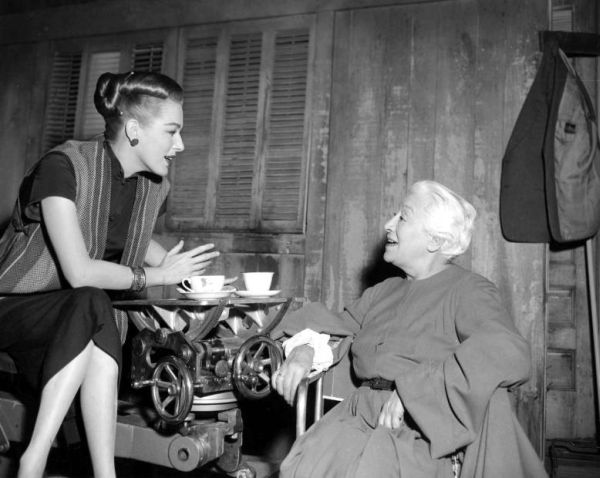 Eleanor Parker with Francoise Rosay behind the scenes during The Seventh Sin.

I feel it necessary to point out that the treatment of Asians is not surprising for a movie from 1957. However, the infamous Civilization of Maxwell Bright (2005) makes these exact same arguments. Exact. So similar it is almost word-for-word. While almost no one would justify this 1957 flick as being enlightened, many are willing to say the Maxwell Bright atrocity was. And this fact is just as disheartening and cynical as the marriage between Carol and Walter. 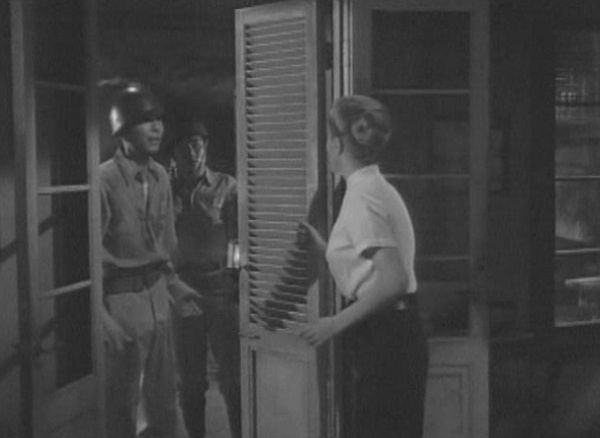 James Hong (left) plays a small role as a soldier at the end of the film. The helmet he wears obstructs his face so much you cannot see him, but his voice is unmistakable.

It was a mistake to choose The Seventh Sin for Week of Hong, not because the film is a rather stinky melodrama, but because he only has a bit role. I actually had trouble finding large roles played by James Hong in films. He worked steadily in television, but film roles were often small parts, generally uncredited until the 1970s. 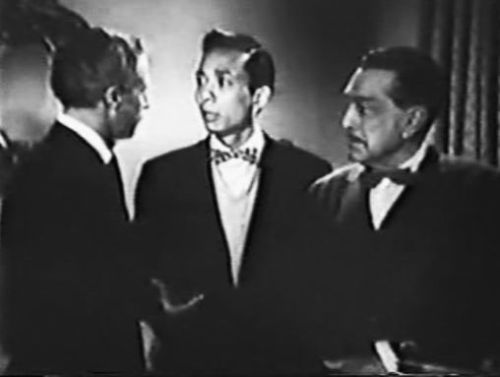 James Hong (center) as Barry Chan in an episode of “The New Adventures of Charlie Chan.” Courtesy The Charlie Chan Family Home Page. 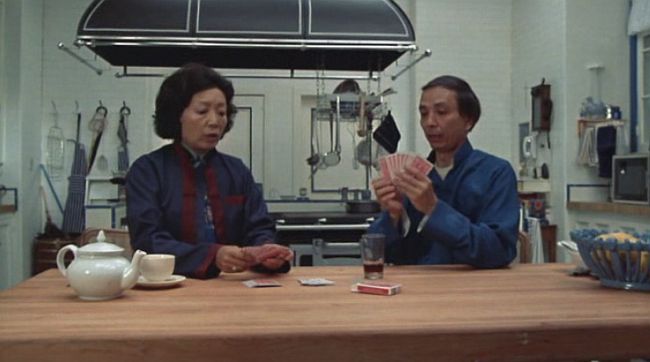 James Hong has a gift for comedy, but even he could not save Yes, Giorgio (1982) from itself. Beulah Quo is on the left. 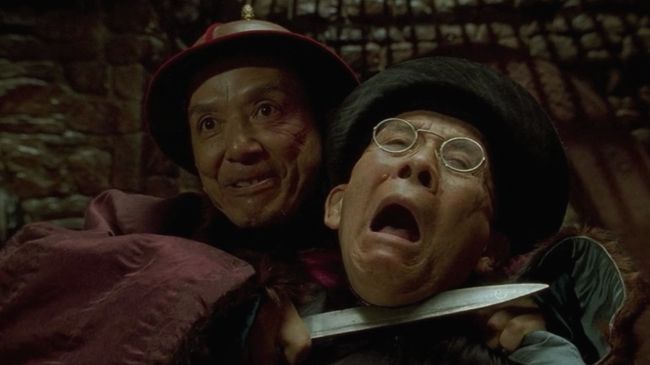 Hong as Li Peng in The Shadow (1994) with Antonio “Sonny” Trinidad. Hong appears in many cameos like this throughout his career. 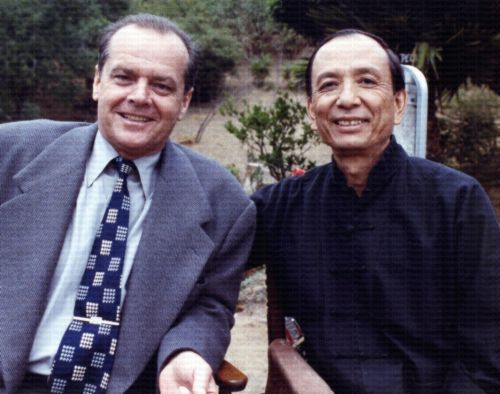 James Hong and Jack Nicholson on the set of The Two Jakes (1990).

By the 1970s, his presence on TV was so ubiquitous that I came to not only recognize him immediately when he turned up on a rerun of “Ironside” or “Hawaii 5-0,” if he didn’t eventually make a guest appearance on a hit show, I started to wonder why. Hamilton Camp was the other actor I kept a lookout for; he and Hong apparently were in a fourth season episode of “Soap” together, which is awesome in an almost literal sense. His film roles are some of the most interesting in his lengthy career, and though he is often relegated to stereotype, servant and/or waiter — roles so frequent it’s rather unsettling — he never buys into the stereotypes. The characters are engaging and fleshed out, and when he gets a chance to play camp or deliberate parody, his work is sublime.

James Hong has been in a lot of A-list, big name movies, but this week during Week of Hong we focus on many of his lesser-known roles. Please don’t forget to read all the entries this week and celebrate the work of one of the best character actors in the biz.