A quick note for Raiders of Ghost City fans: I’m writing for a couple of other outlets now and have, between today and March 20th, ten deadlines to meet. Raiders is going to have to wait for a couple of weeks while I get everything else squared away. Thanks for your patience.

Speaking of other outlets, one hasn’t yet gone live but should soon. Meanwhile, here are some of my recent articles at Spectrum Culture, followed by other items of interest I think you might enjoy:

The Jeffrey Dahmer Files (2012): Originally released on the festival circuit as Jeff, this documentary of the serial killer is no ordinary examination into the warped mind of a murderer. Focusing on interviews with three people close to the case — a neighbor, the lead detective and the medical examiner — The Jeffrey Dahmer Files presents an almost tongue-in-cheek take on the horrific crimes. Several reviewers found the film too hipster-pretentious to bear, though I felt that the juxtaposition of Dahmer as a cult figure to entertain the masses with the nauseating reality of his crimes was the whole point.

The Sweeney (2012): The modern movie reboot of the classic 1970s British cop show. When I gave it two stars out of five, I was being generous. 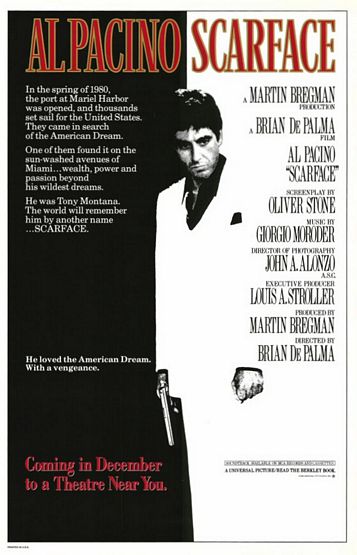 Re-Make/Re-Model: The Killer Inside Me (1976) vs. The Killer Inside Me (2010): “…by the time Lou Ford (Stacy Keach) saunters into the prostitute’s home, he is an animal on the prowl. Joyce (a terrific Susan Tyrrell) is languid but interested until she learns he’s a cop. She pounces, her slaps triggering in Lou what is known in the novel as “the sickness,” violent outbursts brought on by flashbacks to childhood abuse. He beats Joyce viciously until the spectre of his father returns, frightening him into apology. ‘Don’t be sorry,’ a battered Joyce says as she pulls him down on top of her. ‘I love it.'”

Oeuvre: Scarface (1983): The Spectrum Culture Oeuvre director this time around is Brian De Palma, and I was lucky enough to get some of the best films to review, and that includes Scarface. I can’t express how excited and lucky I felt to have gotten this film when our editor assigned these out, and I’m pretty proud of how it turned out.

“You really cannot send shit through the Internet:” A terrific 2011 interview with film critic Dave Kehr.

What happens when the programmers who work the on-screen cable guides watch too much Veggie Tales. From the L.A. Daily Mirror.

Mayberry Mondays #74: Howard the Swinger: One of the last of my BBFF Ivan’s “Mayberry R.F.D.” recaps, featuring my favorite MRFD character, Howard Sprague, and plenty of babes. Fabulous babes.