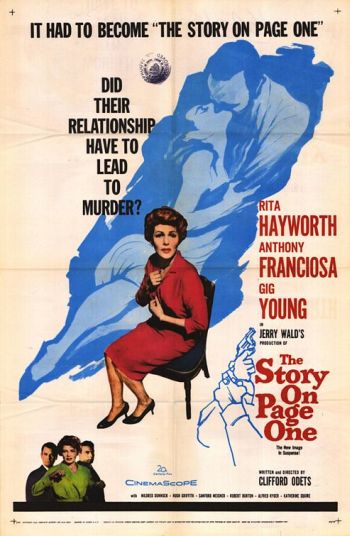 Here are some films on Fox Movie Channel, Sundance and TCM for the month of February, 2013 that you might be interested in. Remember, these movies may be edited, time compressed, in the wrong aspect ratio, have commercial interruptions, or be pre-empted for a marathon of Tony Danza shows, the bad ones that only ran for half a season, not the good stuff like “Taxi.” You know how it goes.

At of the beginning of the year our cable package finally included FMC. Now that I’ve had a chance to see the channel, I can tell you that the evening movies are often edited and have lots of those advertising tags in the bottom right corner. For the most part, it appears the movies I’ll be featuring are on earlier in the day, when the channel uses less or no tags and probably doesn’t edit. However, be warned that movie channels, even our beloved TCM, can show really horrible prints or edits of films.

On the Avenue (1937)
February 2, 8:00 AM
Roy Del Ruth and Irving Berlin musical about a New York socialite satirized in a Broadway show. With Alice Faye, Dick Powell, Sig Ruman and Alan Mowbray.

The Story on Page One (1959)
February 4, 9:50 AM
Rita Hayworth and Gig Young as lovers involved in a murder, who hire fiery lawyer Tony Franciosa to defend them; written by Clifford Odets. This is a surprisingly good and little-known film that I was lucky enough to catch nearly 20 years ago, but I haven’t seen it since as it hasn’t been released in the US on any format (and the region 2 Spanish release has hard-coded Spanish subtitles and a poor, fuzzy image). If you get a chance to record this, you should. Hopefully it will be in the proper aspect ratio, but I suspect no matter how FMC shows it, it will be the best print you can find.

Mr. Billion (1977)
February 5, 8:38 AM
Jonathan Kaplan comedy about a mechanic (Terrence Hill) who has to get to the reading of a will in time to collect his huge inheritance that the executor (Jackie Gleason) wants for himself. With Chill Wills, Slim Pickens and Valerie Perrine. This gets poor ratings online, but appears to be pretty rare. 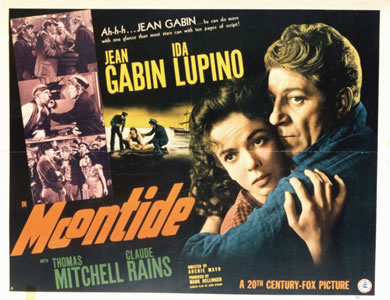 Moontide (1942)
February 9, 6:00 AM
Jean Gabin as a dock worker who blacks out from drink and awakens to find he may have committed murder. Directed by Warner Bros. stalwart Archie Mayo, with Ida Lupino, Thomas Mitchell, Claude Rains, Jerome Cowan and Fritz Lang co-starring.

Take a Hard Ride (1975)
February 16, 8:00 AM (also 3:30 AM later that day)
A man carrying a large amount of money is tracked by several men in this very 1970s Western. I watched this on Encore back in the day, after being bombarded with a million showings of the trailer, and found it to be pretty enjoyable and with a great cast: Jim Brown, Fred Williamson, Lee Van Cleef, Catherine Spaak, Jim Kelly and Jerry Goldsmith.

Away From Her (2006)
February 5, 8:00 PM (also Feb 17th)
An aging couple deal with Alzheimer disease. With Julie Christie and Gordon Pinsent.

Me and Orson Welles (2008)
February 18, midnight
A teenager is cast in the 1937 production of Julius Caesar, produced for the stage by Orson Welles. Film directed by Richard Linklater.

It’s TCM’s 31 Days of Oscar, which means there are a lot of films this month that we’ve all seen a million times or more. So take the month off, get some rest, spend time with family. I may even venture outdoors if I’m feeling saucy.

Tales From the Warner Bros. Lot (2013)
February 2, 7:00 PM
New hour-long documentary on the history of Warner Bros. Studios. A brief look from the premier on Jan. 30th can be found here. It’s listed as Warner Bros. 90th Anniversary: Tales from the Lot on some parts of the TCM website, and shows multiple times during the month. 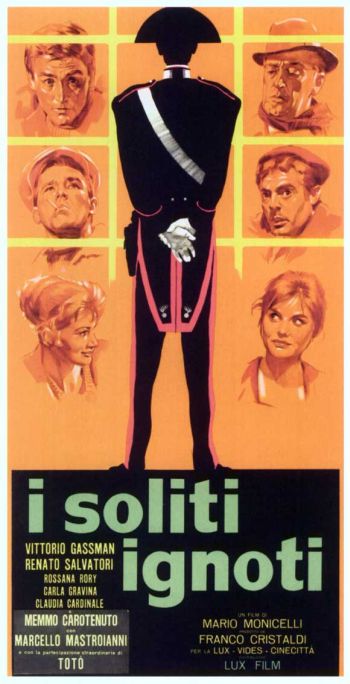 Imitation of Life (1934)
February 6, 10:30 PM
Claudette Colbert as a widow and Louise Beavers as a single mother who successfully go into business together and weather class and racial differences, as well as difficulties with their daughters. An excellent movie if dated, though maybe not that dated, considering the ignorant and revolting comments on the IMDb message boards about this film.

February 19: The silents and early talkies tonight are all highly recommended, especially The Racket, which is not available in a good print on DVD. The TCM print is the best you’ll get, and it’s gorgeous.

All-American Co-Ed (1941)
February 25, 5:00 AM
This is a bit of a cheat because All-American Co-Ed won the coveted What The Shit Is This? award before, but this month tends to be a nice, inoffensive month for films, so the pickin’s were kind of slim. There isn’t much of a plot to this little bit of what-the-fuckery, it’s just an excuse to be homophobic, sexist and racist. People tend to watch it nowadays because it is so unbelievable, kind of like Golden Dawn except more people unabashedly like the various bigotries in this film. That’s the power of humor when used for evil, folks. Slap a “But it was just a joke” excuse on anything and some people will eat that shit up. Anyway, this is a terrible movie, definitely not like Artists and Models (1937) or Bordertown (1935) where there is a good movie marred by some outdated social beliefs. It’s just bad all around, with poor production and dull acting. So enjoy.

The Harder They Fall (1956)
February 23, 10:00 PM
A hard-boiled reporter digs deep to expose corruption in boxing. With Humphrey Bogart and Rod Steiger.

Saraband For Dead Lovers (1948)
February 28, 6:00 AM
A Basil Dearden film, also known as Saraband. Starring one of my best pretend girlfriends, Joan Greenwood, with one of my best pretend boyfriends, Stewart Granger, I haven’t seen this film but already declare it to be the best film ever made in the history of humankind. It appears to be rarely shown, so now is a good chance to grab a copy.

If you have any films coming up in February you want to mention, please feel free!