Ivan at Thrilling Years of Yesterdays has all the deets on TCM in June, which is featuring Eleanor Parker as their Star of the Month. For those of you who don’t like the content, helpfulness, intelligence or information TDoY provides, here are a few of my own picks of TCM flicks this month. All times Eastern. Check TCM’s main site to make sure films are shown in letterbox if applicable — Underground movies tend to be in pan & scan, so you’ll want to double check before wasting a DVD on a copy. I tell you this because I am your friend. 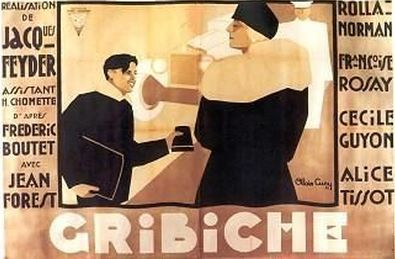 Gribiche (1925)
June 2 (early morning June 3) at Midnight
Jacques Feyder silent about a young boy and his hatred for his step family. Recently restored and only shown on TCM occasionally.

The Great Lady Has an Interview (1954)
June 4, 11:50 PM
A short segment from an hour-long NBC special from 1954 to celebrate MGM’s 30th anniversary. This is the number Judy Garland had performed in Ziegfeld Follies just a few years earlier, a movie that also starred Lana Turner; therefore, it is made of delicious camp. Watch for actors Steve Forrest and John Ericson in small chorus roles early in their careers. 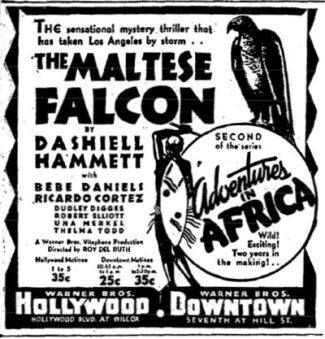 Riffraff (1947)
June 8, 6:00 AM
Ted Tetzlaff film that I can’t tell you much about except that it’s hard to find, so grab a copy while you can. Later in the evening on June 8 at 4:30 AM (early morning the 9th) is the short subject The Wonderful World of Tupperware (1959), which I highly recommend. 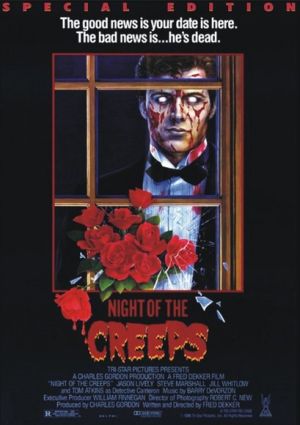 June 15, Underground:
Night of the Creeps followed by Terrorvision: It’s 1986 horror satire night on Underground, with both movies listed as being shown in letterbox. I very much recommend both if you haven’t seen them before. They are wacky.

Scaramouche (1952)
June 17, 8:00 PM
Stewart Granger! I watched this because of “Bohemian Rhapsody” many years ago when I was an idiot 20-something hipster and ended up falling in love with Stewart Granger.

My Name is Julia Ross (1945)
June 19, 1:30 PM
A great little thriller that turns convention on its ear. Check it out. Was once shown on TCM as a double feature with So Dark The Night (1946), also directed by Joseph H. Lewis, and it was terrific. If you have a copy of that crazy little thriller with Steven Geray, make your own double feature. I think you’ll like it.

Kean (1924)
June 23, Midnight
Silent about a Shakespearean actor and his affair with an upper class woman.

The Story of the Last Chrysanthemums (1939)
June 23, 2:30 AM (early morning the 24th)
The life and love of a Kabuki actor. Directed by Kenji Mizoguchi and starring Shotaro Hanayagi and Kakuko Mori.

The Oscar (1966)
June 25, 9:45 AM
Absolutely terrible 1960s melodramatic dreck starring Stephen Boyd. I’m actually breaking out the What The Shit Is This award this month for this craptastic film. Unbelievably awful, but ends with a punchline that is one of the funniest things I’ve ever seen on film.

Got some movies you want us to know about in June? Tell us in the comments!