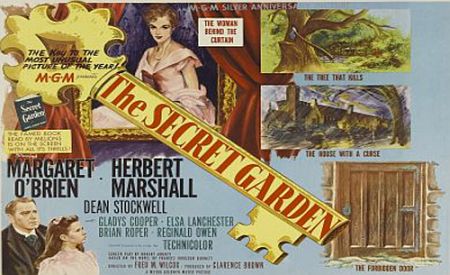 Mary Lennox (Margaret O’Brien) is a young British girl living in India during a cholera epidemic. Her parents and servants have died, and Mary is left alone in the house. When she’s found by a British officer, she hardly seems to realize anything is wrong; her parents were barely part of her life and, though missing, they were never missed. Sent with other orphans across the ocean to relatives in America, Mary is thrust into a frightening and confusing world. Her uncle (Herbert Marshall) is an angry, unhappy man, his spooky home a direct reflection of his own dark memories. Servants are cold and distant, there are no other children to play with, and a series of gut-wrenching screams issue forth throughout the mansion at various times of day or night. Mary has questions but no one is willing to answer.

The mysteries of the grown-up world propel the 1949 MGM film The Secret Garden, based on the 1911 novel by Frances Hodgson Burnett. We can all relate, of course, to being a child and not understanding the adults that control us, and also being the undeserved recipient of frustration borne out of some very screwed-up adult issues. When Mary arrives at her uncle’s home, she’s regarded with sighing resignation over not being “beautiful.” This is an 11-year-old girl, mind you, and several people, including her own uncle and, reportedly, her mother, were upset with her lack of beauty.

That’s hardly the only example of adults transferring their issues onto this orphan. She’s a brat, to be sure, but not as much as in Burnett’s novel, and only Hollywood would expect a young girl who has been orphaned and bustled off to another continent to behave properly at all times. Strangely, there is no sympathy for her except from the British soldier who finds her abandoned, and there is no understanding from even a single adult that this is a young girl trying to navigate a very strange new world. When a maid stupidly giggles at literally everything Mary says, when servants tell her she’s to stay in her room and not bother them for anything, when she can’t lace her boots up properly and all the servants do is laugh, you feel as unhappy and lonely as she does. 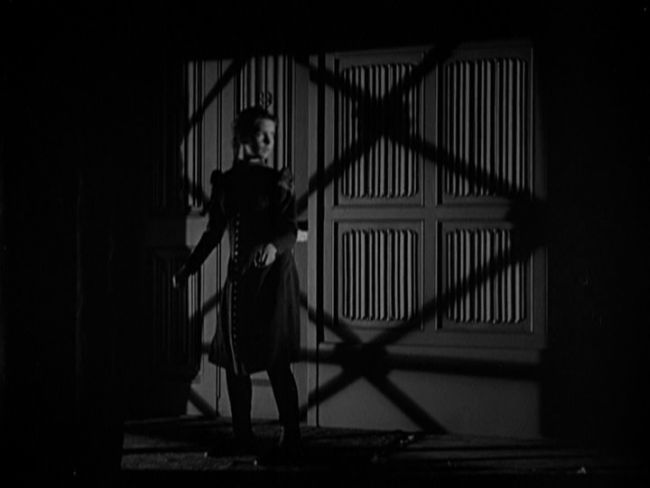 The first act of the film is a bit frightening, with the deaths during cholera and her uncle’s gloomy estate, a place straight out of an Emily Bronte novel. It’s when Mary finally finds other children to engage with that the film, just like her life, opens up. Mary pieces together much of what has happened at her uncle’s home prior to her arrival, and like most children of her age, can suss out the broad strokes while the details elude her. But it’s clear that the adults, some intentionally, some not, are bent on denying information to the children in their lives, which in turn denies them happiness and freedom. It’s doubtful any of the grown-ups in this film would strictly state that they wanted kids to be unhappy — or that they wanted to be unhappy themselves — but that’s the unquestionable end result of their steadfast refusal to exist in the present. They hold onto the past as punishment, and children are, if you will forgive the turn of phrase, the future, and therefore to be shunned and hidden away lest they cause any joy to accidentally seep into their lives.

The cinematography of The Secret Garden is delightful, though one could hardly expect less from veteran cinematographer Ray June. Responsible for visually stunning films such as Alibi (1929), Babes in Arms (1939) and Ziegfeld Follies (1945), June was the perfect D.P. for this film. It’s one of a handful of movies of the era made in both black and white and color, the dreary opening of the film is followed by a gradual warming of the grey tones, finally resulting in moments of pure Technicolor splash.

The color is saved for the secret garden on Uncle Craven’s estate, a walled-off area in the middle of the vast lands the mansion is sitting on. It has been closed off for years, and Mary searches for the key and the gate to get inside, sure that answers await her there. Brian Roper as her Yorkshire pal Dickon gives a fine, mature performance, though that’s not entirely surprising: Dickon was nearly 20 years old when he filmed The Secret Garden. He had appeared in a couple of the William Brown movies in the UK as well as in several stage productions before winning the role of Dickon, and MGM flew him in with much fanfare and publicity… though stating his age as being only 14. His American career never really flourished, and MGM put him in uncredited and background roles after his featured performance in Secret Garden. Roper had more luck in the UK, reprising his role as Dickon in the 1952 BBC miniseries of The Secret Garden and continuing to appear regularly in both film and TV. 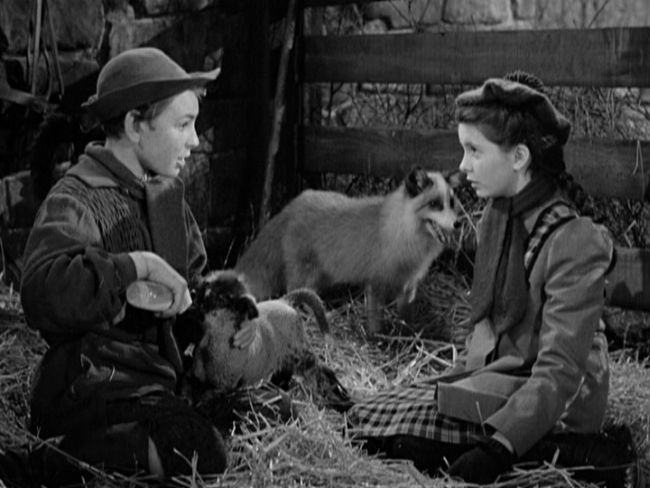 The cast of The Secret Garden is a treat, and even those of you prone to disliking child actors will find Roper, Margaret O’Brien and Dean Stockwell (as Colin Craven) both tolerable and enjoyable. O’Brien has toned her tendency for shrillness down quite a bit for the role, and Stockwell was always a terrific actor, no matter what his age. This was one of Stockwell’s last childhood performances, as he took a break from acting for several years in his late teens and early 20s. In smaller, sometimes almost cameo roles are Herbert Marshall, Elsa Lanchester, Reginald Owen, Gladys Cooper and even Sennett veteran Billy Bevan, star of that Oscar-winning spectacle (not really) Super-Hooper-Dyne Lizzies (1925). Also featured are an adorable baby sheep and one well-paid, well-trained raven.

The Secret Garden is available here on Warner Archives MOD DVD, in a really lovely restoration. There is some flicker in the early scenes but otherwise the black and white is crisp and the color realistic, which you can’t always say about late-40s Technicolor films. It’s a bit scary in the early scenes but appropriate for children, and will entertain adults, even grumpy ones mired in their own personal despair.