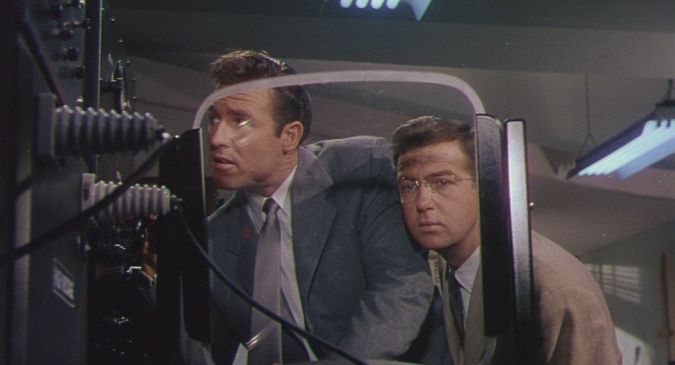 Robert Nichols at right, with Rex Reason in This Island Earth (1955).

Noted actor and all-around neat guy Robert Nichols has passed away. He was 88.

Nichols is a favorite character actor of mine, someone who, without fail, charmed me every time I saw him on screen — and he had a habit of showing up in the oddest, most delightful places. He achieved his most notable screen successes in the 1950s, with one of his earliest and best roles as Mac in The Thing From Another World (1951). He was one of the members of the Olympic team sailing with Lorelei and Dorothy in Gentlemen Prefer Blondes, Pinky in Giant, and had uncredited but notable parts in films such as Julius Caesar and Monkey Business.

Starting in the 1960s, he began to get smaller, odder roles, especially on television. His hard-drinking Seal — the Seals being an analogue for the Shriners — in a 1966 episode of “The Dick Van Dyke Show” was surprisingly complicated, a funny role with more than a hint of edge to it. One sensed that Nichols wasn’t asked to play the part that way but simply did, because he could, and because he wanted to. The same could be said for many of his later film roles: His travel agent in The Yellow Rolls Royce, the airplane passenger in the original Out-of-Towners, and the inexplicably small role of a desk clerk in the similarly inexplicable Wicked, Wicked.

He most famously appeared as Joe Wilson, lab partner to Dr. Cal Meacham (Rex Reason) in the 1955 sci-fi classic This Island Earth. The film is rather unfairly maligned thanks to MST3K fandom, despite it being a terrific example of a 1950s sci-fi matinee movie. Certainly, it’s a film specifically created to entertain, but displays more depth than many similar films of the era. Much of that depth comes from the character of Joe, played by Nichols as less “weenie sidekick” than reasoned observer. Films of the 1950s cast heroes as physically strong and imposing, with the villains and sidekicks made weak and smaller in comparison, and some of Joe’s character necessarily reflects that; that’s the trait that most of Mystery Science Theater 3000: The Movie focuses on, because even in the super futuristic year of 1996, a man showing emotion was hilarious.

Joe is more than just silly weakling next to the movie’s real hero, however. He’s the guy still excited by science, eager for discoveries, but a reasonable man, not a hotshot pilot who doesn’t know the difference between bravery and foolishness. Joe is also the audience stand-in, rightly questioning the motives of the aliens, and the one person willing to tell Cal that he’s a damned idiot for getting on a plane that has no pilot. Nichols was smart enough and a strong enough performer to play Joe as a little desperate, a man unafraid to show emotions, without making him a caricature. His final moments in This Island Earth, staring into the foggy night sky, exhausted after trying to reason with a hard-headed hero, are genuinely touching. 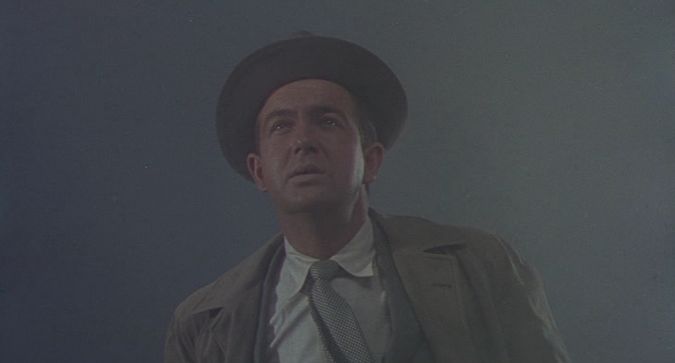 Keep watching the skies, my friend. You will be missed.