We’ve got quite a stack of most excellent Warner Archive releases to look at this week!

Now is as good a time as any to confess that, despite it being nearly two years since my first entry in the so-called Neil Diamond Project, I never stopped working on it. For a long time, I felt there was no need to cover the cinematic strangeness known as Jonathan Livingston Seagull, in part because Adam Zanzie at Icebox Films did such a stellar job of it here. His a post is a must-read, as are the comments, and is pretty much your one-stop shop for all things Jonathan Livingston Seagull.

But then Warner Archive released this really lovely MOD DVD of the film, and I realized there is a fascinating story to be told here. Further, the film is due for a significant re-evaluation by a culture who isn’t being swallowed whole by Me Generation-funded faux philosophy, and by critics who aren’t preoccupied in a quest to find that one thing that would prove once and for all that Neil Diamond wasn’t punk, and they’re telling everyone. (Note: Said proof arrived in 1978.)

Based on the Richard Bach allegorical novel of the same name, JLS concerns Jonathan, a seagull who yearns to fly higher and faster than anyone ever has, but is urged by his fellow gulls to stick closer to earth and not take any risks. It’s a fable, of course, and a charming one in the book, though the film was a notorious flop, while the soundtrack is frequently the only thing praised about Jonathan Livingston Seagull. That’s unfortunate, as the cinematography is astounding, absolutely gorgeous, and what the filmmakers achieved with the live seagulls is nothing short of astonishing. The book the film is based on is a little thin philosophically, though I personally think it’s ideal for cinematic interpretation. Unfortunately, director Hall Bartlett’s vision included voiceovers for the seagulls, and that’s where it all falls apart.

It also falls apart at the scenes of violence against the birds, which producer-director Hall Bartlett always claimed was staged. News reports at the time say dozens of birds were killed during filming, many from bleaching their feathers, while Bartlett said only two died from natural causes. I suspect the truth lies in between, though some scenes are difficult to watch whether they were staged or not.

The film has its diehard fans, many who, like me, first saw this in a high school English class, and for those who haven’t seen it, it’s definitely worth a watch. It’s also worth much more than a blurb; I wouldn’t go so far as to suggest you hold your breath, but in the somewhat near future, a full-length post about JLS will find its way here.

The MOD DVD is identical to the out-of-print Paramount version, which goes for $70.00 or more on Amazon. This is what Warner Archive is all about, folks: Giving us unreleased or out-of-print films at prices that don’t give us ulcers. The disc comes with the English mono soundtrack, French soundtrack, and English subtitles.

This spectacular four-film set showcases Danny Kaye during 1945-1948, in the Technicolor musicals that made him famous. The transfers on these are absolutely gorgeous, and though I’ve only had time to see A Song Is Born — yeah, I know Hugh Herbert hangs around in this film, but c’mon, Lionel Hampton makes an appearance! you can’t beat that — I find the Goldwyn years Danny Kaye to be the most fun, so I’m looking forward to seeing the rest of the set. 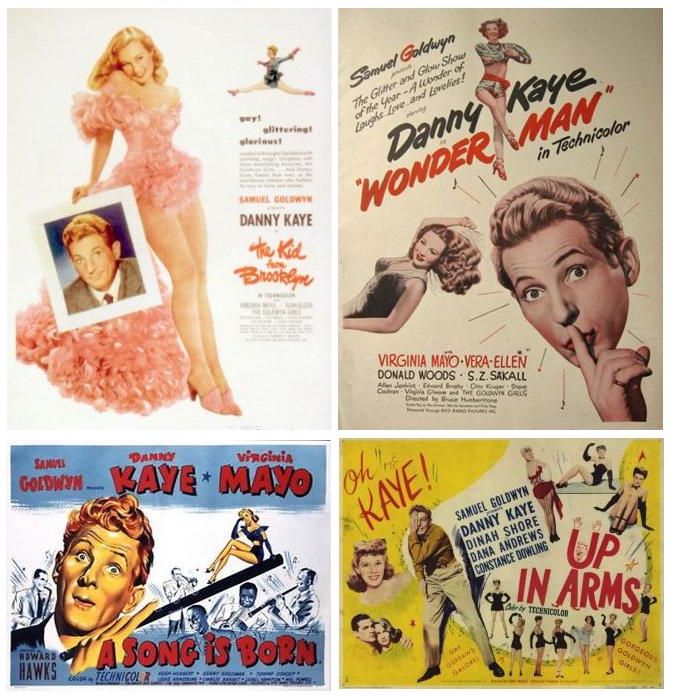 These MOD DVDs are “replicated discs,” i.e. from sources that have already been used for previous releases, mostly laserdisc, I believe. They’re bare bones as far as features go, but well worth the price, and it’s exciting to see these films get a new (or for a couple, a first) DVD release! 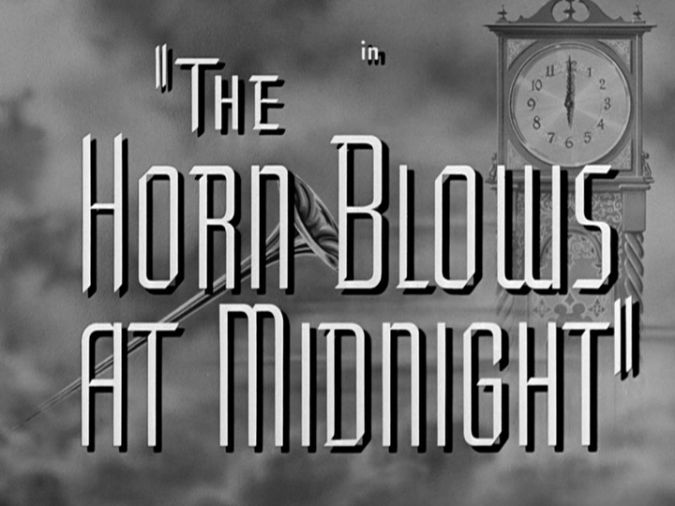 Still one of the more popular posts on SBBN and still one my favorite films, The Horn Blows at Midnight recently got its DVD re-release through Warner Archive… and boy were we excited to hear it!

For decades considered a rotten film because Jack Benny himself said so, repeatedly, for years, The Horn Blows at Midnight has received quite a bit of new-found respect lately, thanks to showings on TCM and a small but fierce DVD release several years ago. As I’ve already summarized the plot in full before — and don’t read that if you want to avoid spoilers! — I won’t go into it again, though a brief plot description wouldn’t do anyone any harm.

A live radio show band member falls asleep during a coffee commercial and dreams he is the angel Athanael, sent to Earth to blow the final trumpets at midnight and signal the long-foretold end of the world. Sounds like a laugh riot, huh? Well, it is! In a decidedly Looney Tunes manner, Athanael navigates the wacky world of New York City, discovering a pair of fallen angels while he’s at it, and adding as much gay subtext as possible without getting arrested by the vice squad. 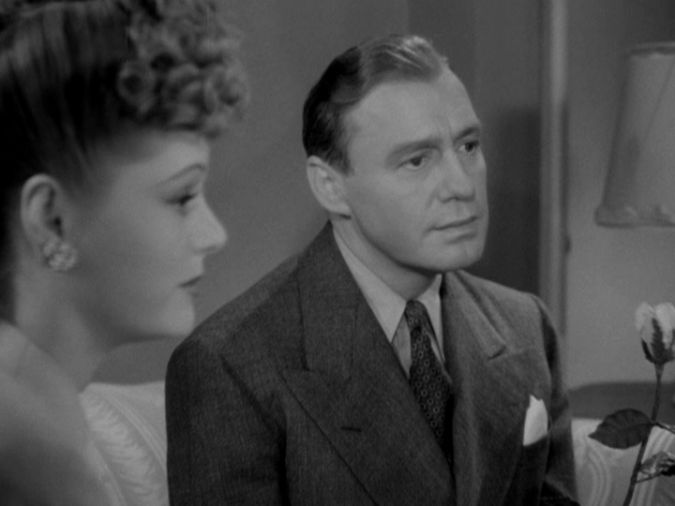 If you think this little look of his is subtext, wait ’til you see the pickle scene.

An all-star supporting cast and wacky hijinks make this a fun film, and the finale with the enormous coffee set is nothing short of spectacular. The Warner Archive MOD DVD is a gorgeous print, so clear that for the first time ever, I actually notice the bluescreen in a couple of scenes. This is a bare-bones DVD release, though, with only the film and trailer. 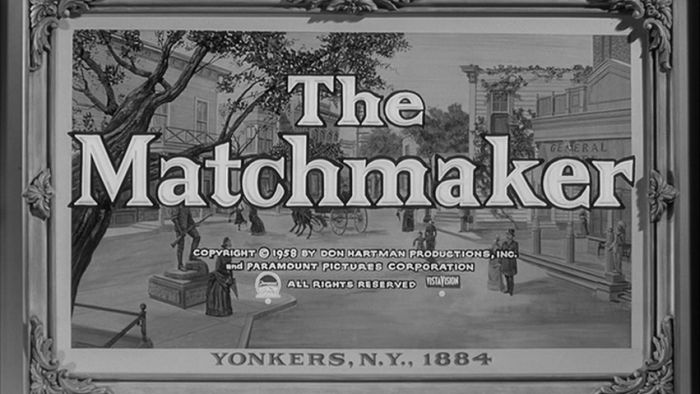 Based on the Thornton Wilder play that later became Hello, Dolly! this non-musical version of The Matchmaker is surprisingly charming. This is one of the first films Robert Morse appeared in, reprising his role from the Broadway play, while Shirley Booth, somewhat surprisingly, takes over the role from Ruth Gordon. And Booth absolutely makes this film her own, playing the nosy middle-aged matchmaker with relish. She’s fabulous, as is Anthony Perkins, who was a much more versatile actor than we tend to think, given his iconic performance in Psycho just two years after this film. 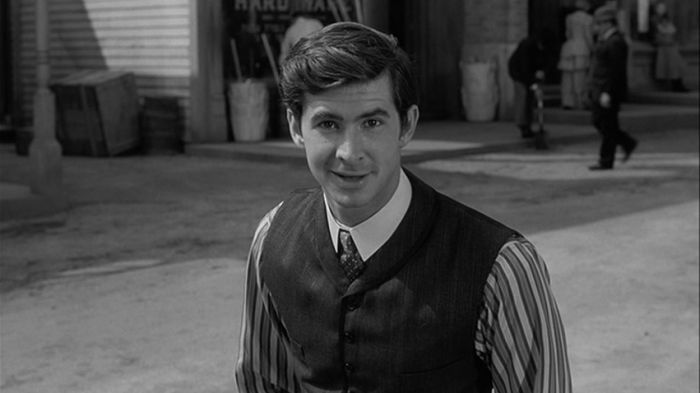 Set in the late 1880s, The Matchmaker anticipates the nostalgia of many 1960s-era films, though is filmed in black and white rather than the garish Victorian psychedelia later films indulged in. You’ll find a few of the smaller gags from this film lifted for The Wrong Box, for example, and some themes and set designs are strikingly similar to The Time Machine, as odd as that sounds.

This MOD DVD is the same as the old out-of-print 2005 version, thus only has scene selections and English subtitles. Though black and white, it was filmed in VistaVision, and this particular print is very nice.

More to come next week!