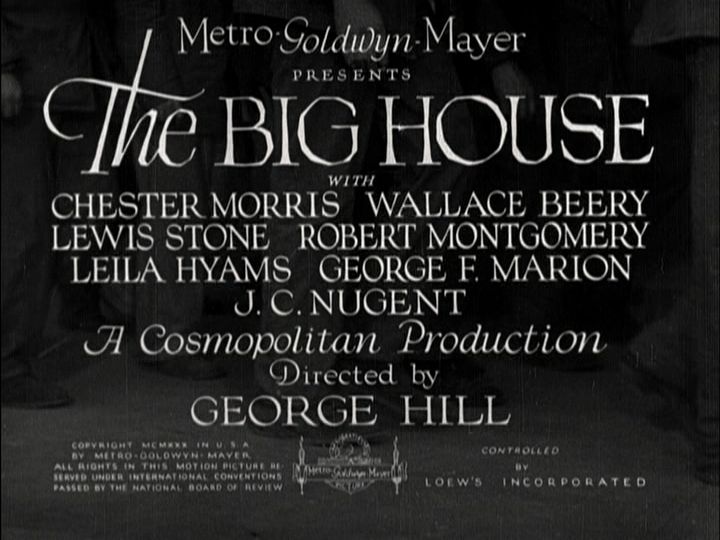 There’s a lot of Alibi (1929) in the opening frames of The Big House (1930). There’s the silent marching feet with sound effects overdubbed, the silhouette framing, the long shots of authoritative figures in their cavernous rooms. This aesthetic extends to later scenes, symmetrical with deep blacks in windows, doorways, even on clothes, giving the entire scene an art deco feel without a single bit of decor around. 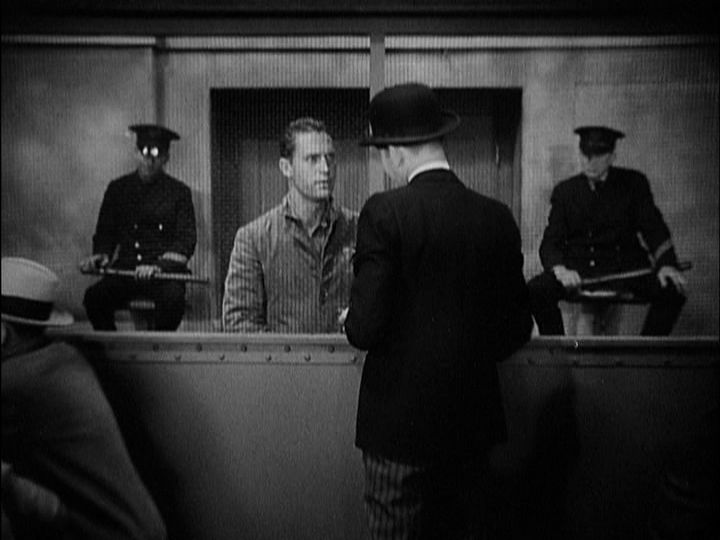 The first and arguably one of the finest examples of the prison movie genre, The Big House was an important, innovative film in its day. As gritty as they come, with a darkly stylish aesthetic and the kind of sinister undertones you couldn’t get once the Production Code began to be enforced, The Big House scared and impressed nearly everyone who saw it. Winning two Oscars and nominated for two more, prison films would become all the rage in Hollywood, and not a single movie or TV show today doesn’t owe at least a small debt to this early talkie. 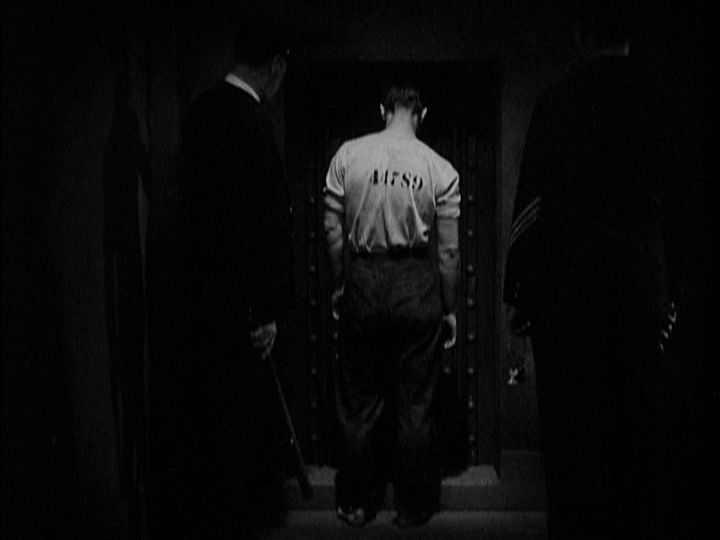 Wallace Beery had a limited range, but that range was perfect for films like The Big House. He wasn’t meant to be in the film at all, actually; Lon Chaney, Sr. was slated for the role of Butch, and several scenes do indeed seem tailor-made for Chaney. But he had become ill a few months before filming began, and Beery, who according to the IMDb hadn’t been in a film since 1929, was cast to replace Chaney, and stardom followed.

Sometimes genial, often a big dumb ox of a bully, Butch is a man who has never known anything but violence. Chester Morgan, showing the same revelatory energy and presence that made Alibi such a fine film, is fantastic as Morgan, suave and tightly wrapped, with a hint of humanity in him that other prisoners lack. Robert Montgomery as Kent, a man thrown into this den of wolves after being convicted of vehicular manslaughter, is adequate, but Montgomery was still learning his craft in 1930. When he sticks to the deer-in-the-headlights looks, he’s quite sympathetic. 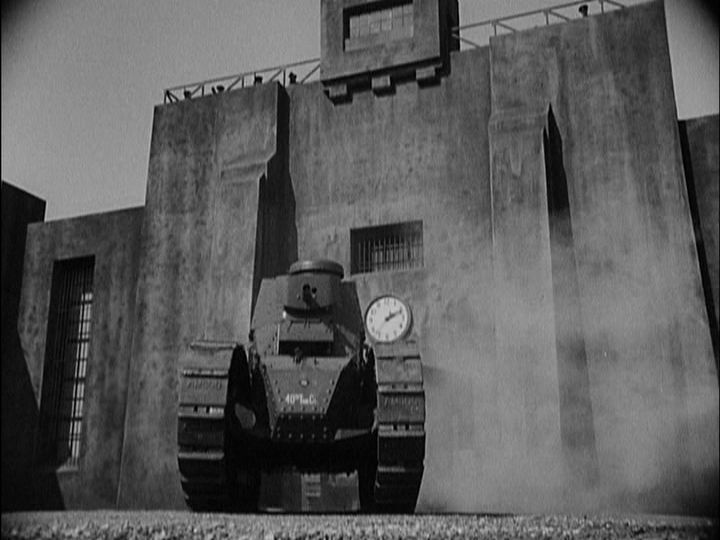 A prison riot scene complete with a tank. You cannot ask for anything better.

The Big House must have been one of the first, if not the first, film to really show how much could be done once movies went to sound. It doesn’t feel as dated as most early talkies. The dialogue moves faster, the plot lines are cleaner, the scenarios less contrived. This could have been a fine silent film, but as a talkie, it’s frankly astonishing. Much of this is thanks to expert screenwriter Frances Marion; she would go on to become the first woman to win a Best Screenplay Oscar for this film. 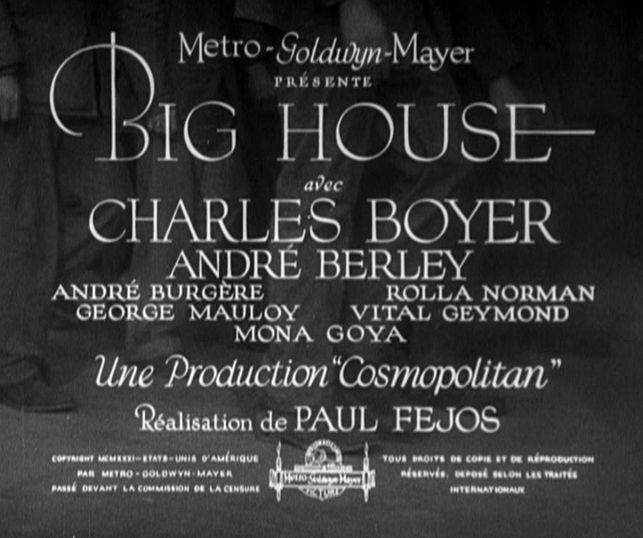 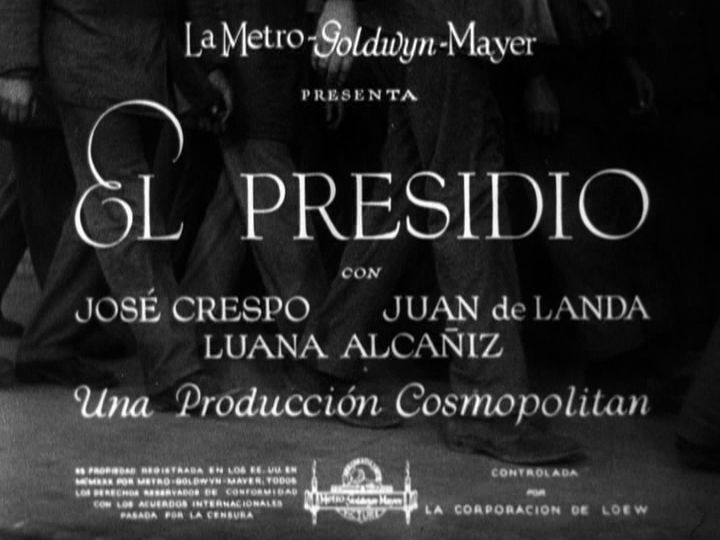 The Warner Archive DVD set is a magnificent triple feature including both the French 1931 version Révolte dans la prison, directed by Pál Fejös and starring Charles Boyer, and the Spanish-language version El presidio, directed by Edgar Neville. There were no such thing as subtitles in the early days of film, thus different versions for different languages were shot on the same sets. You’ve probably seen the comedy shorts from this era, sometimes with American stars phonetically (and very, very badly) speaking Spanish or French for their roles, or perhaps you’ve seen the Spanish language version of Drácula directed by George Melford, which in some ways surpasses the American original. 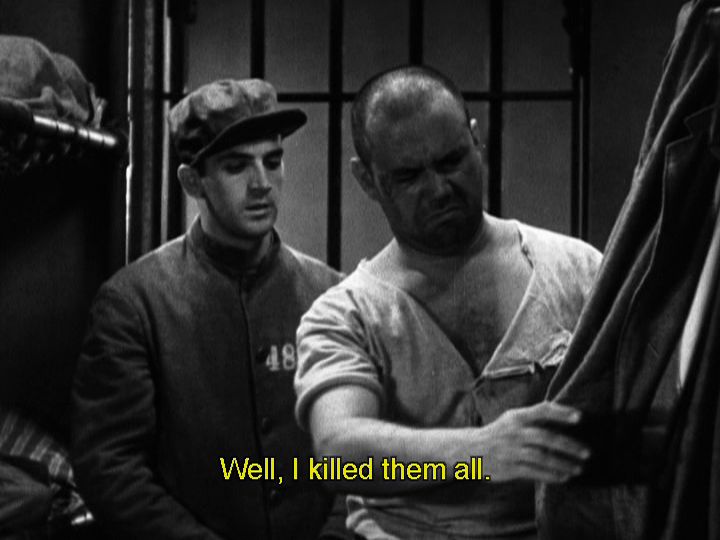 Both of these versions of The Big House play basically the same as the English original. The actors were all replaced with native speakers of the language, all doing fine jobs, though as Don L. Stradley notes in this really terrific write-up at Cinema Retro, Tito Davison is much better than Robert Montgomery in the same role in El presidio. Boyer, as good as he is in the French film, just doesn’t match Chester Morris for sheer intensity. 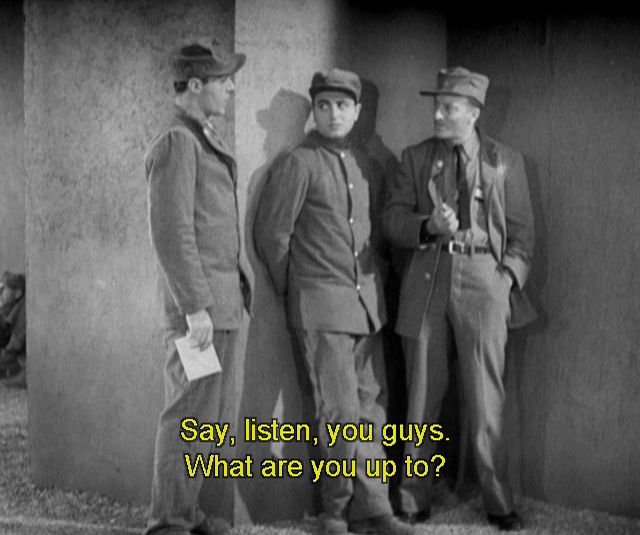