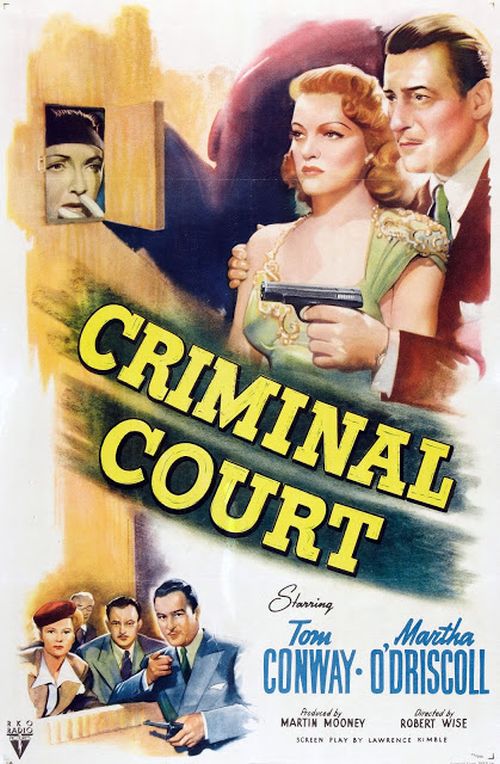 Hot-shot criminal attorney Steve Barnes (Tom Conway) running for DA finds himself in possession of some incriminating surveillance footage of local gangster Vic Wright (Robert Armstrong); that his beautiful girlfriend Georgia (Martha O’Driscoll) has just taken a job at the mobster’s club seems of little consequence to him. The night, after a particularly shocking example of the courtroom shenanigans Barnes is famous for, Barnes makes plans to show the footage to potential political donors. But the gangster gets wind of this footage and calls Steve to, er, discuss the situation, which turns out to be a bad idea: Wright ends up dead, mostly accidentally, at Steve’s hand, but Georgia gets nabbed for the murder.

Criminal Court (1946) is a tight little noir-ish film directed by Robert Wise, who had just left his (artistically) lucrative partnership with producer Val Lewton. Wise had gone from editing some of the best films in the world to directing some amazing little Lewton B-movie horror flicks, but at this point in his career, he was directing what I will politely refer to as “filler.” The first of these programmers was A Game of Death (1945), a remake of the pre-Code adventure-thriller classic The Most Dangerous Game (1932). It was so sloppy and cheaply made that footage from the 1932 original was used without anyone realizing that Noble Johnson, who had been cast in Game of Death, also appeared in the borrowed 1932 footage as another character.

Wise, or at least his circumstances, improved with Criminal Court, the next B-movie he was assigned by RKO. Though critics generally dismissed this 63-minute tale as inconsequential, many noted it was well directed and well edited… and the Breen Office noted with some pleasure that, even at the nightclub, no liquor was ever seen, let alone consumed. [1] 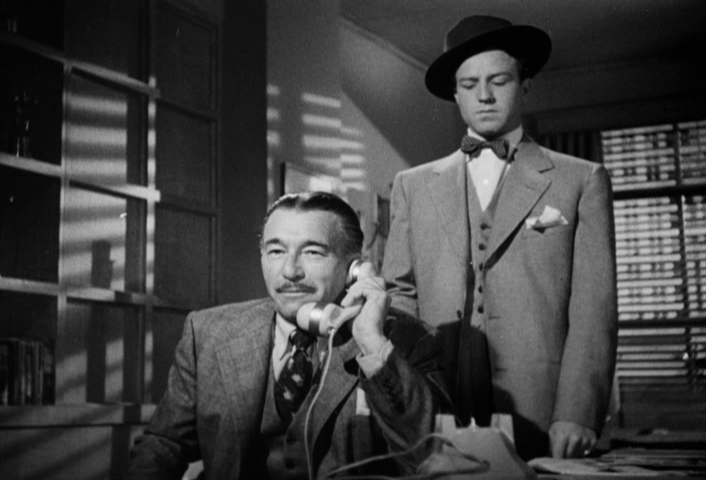 The character of Steve Barnes was based on the outsized attorney Earl Rogers (father of Adela Rogers St. Johns) and his behavior at the trial of Alfred Boyd. This is especially true in the opening trial in the film, where Barnes is defending a man named Al Marsh (Jason Robards, Sr.) with some rather incredible courtroom dramatics. What Barnes pulls at the trial is frankly unbelievable, but anyone who grew up on television police procedurals or detective shows won’t bat an eye at it.

In fact, nearly everything about the film anticipates the somewhat sterile, though still entertaining, hour-long television shows of the 1950s. There is an economy of storytelling here that involves a small cast of characters who all know each other, making it easier to accommodate the plot, and nothing untoward ever really happens. The only saucy content comes by way of some mild bitchery from the director at the nightclub, lightly coded as gay, and whose zingers are so mild that O’Driscoll apparently doesn’t even realize she’s supposed to react to them.

Speaking of television, the nightclub director is played by stalwart character actor Robert Clarke, who is just one of many actors here that you’ll recognize. Tommy Noonan, Tony Barrett, Joe Gray and Joe Devlin, among others, all ended up having long careers as guest stars in supporting television parts, though Noonan is probably more recognizable for his film roles. 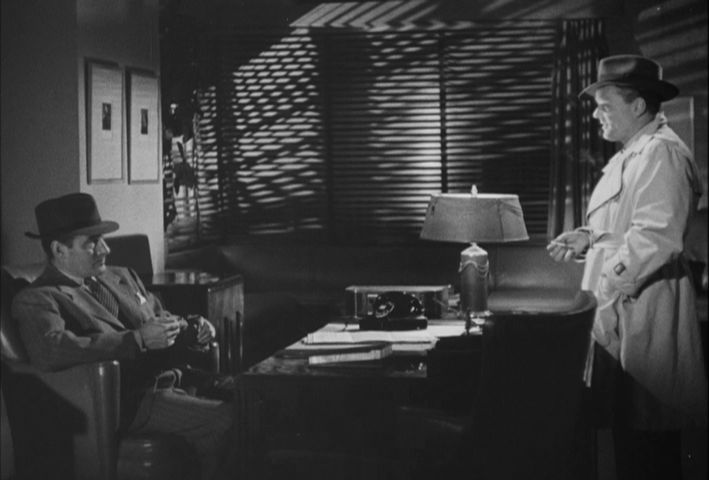 Never let it be said that Wise didn’t learn absolutely everything he knew from folks like Orson Welles, Gregg Toland, Val Lewton and J. Roy Hunt.

There are quite a few things glossed over in this movie just to keep the plot movin’ right along, such as the fact that some people know Georgia is working for the same gangster Steve hopes to take down for publicity and political cred, but none of them ever say anything about it. There are some really nice things going on here in Criminal Court, though, like making the gangster a relatively likeable sort of dude, whose only violent acts are punching his idiot henchmen out when they deserve it.

Performances range from adequate to fantastic. Conway walks through the role at times as though he’s back in one of his Falcon programmers, but it works, so you can’t hate too much on him. O’Driscoll isn’t as bad as a lot of people online claim she is, and certainly just as good as any of the other starlets shoved into these crime and noir programmers just because they’re beautiful. June Clayworth as Steve’s secretary and Pat Gleason as Vic’s best henchman are both fantastic, Gleason especially; he’s the guy featured on the cover of the Spanish-language greymarket version of the film that was released a few years back.

There’s been some chatter here and there about the film on various classic film sites and blogs over the years, so I’m sure there are quite a few people glad to hear that, thanks to Warner Archive, Criminal Court is now available on MOD DVD. The print looks quite good, maybe cleaned up a little from the TCM print (though I should mention that the last time I saw it on TCM was years ago). The sound is good, too, though the original materials have some sound issues in one short section during an early courtroom scene, where I think some applause was dubbed in. Like most WA releases, this is a bare-bones DVD without chapter stops or subtitles.

Criminal Court may not have set the genre on fire, but it’s an entertaining and easy watch, and from a really interesting period in the careers of both Robert Wise and Tom Conway.