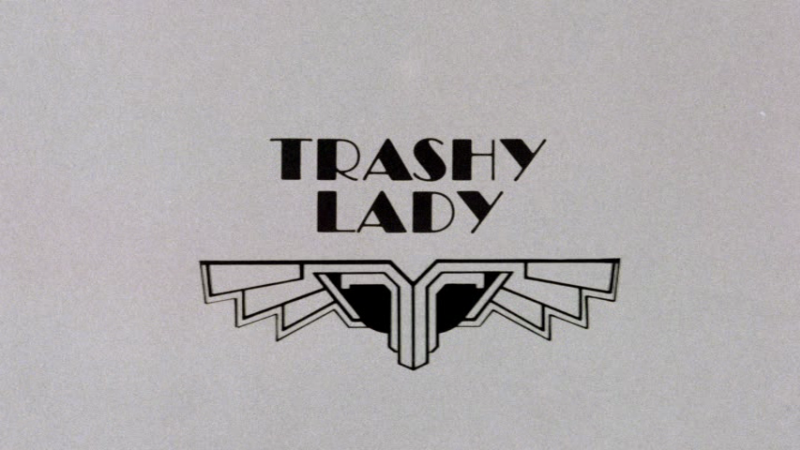 When gangster Dutch Siegel (Harry Reems) loses his trash-talking girlfriend Jessie (Cara Lott) to a temper tantrum, he immediately turns his sights on the beautiful Kitty (Ginger Lynn), a cigarette girl at his favorite speakeasy. But Kitty is a nice young lady, and Dutch doesn’t know how to handle nice girls, so he hires Rita (Amber Lynn), a fellow gangster’s moll, to teach Kitty how to be trashy. Rita in turn enlists local newspaper boy (Tom Byron) to be their practice dummy, so to speak, and with him shows Kitty how to talk nasty in public and be nasty in private.

A lot of work went into finding period authentic props, locations, cars and costumes for Trashy Lady, and to significant success. The exteriors were shot at Howard Hughes’s old offices at 7000 Romaine in Los Angeles, at these gates, though the amazing rainbow-hued art deco thing just inside the gates is never seen: 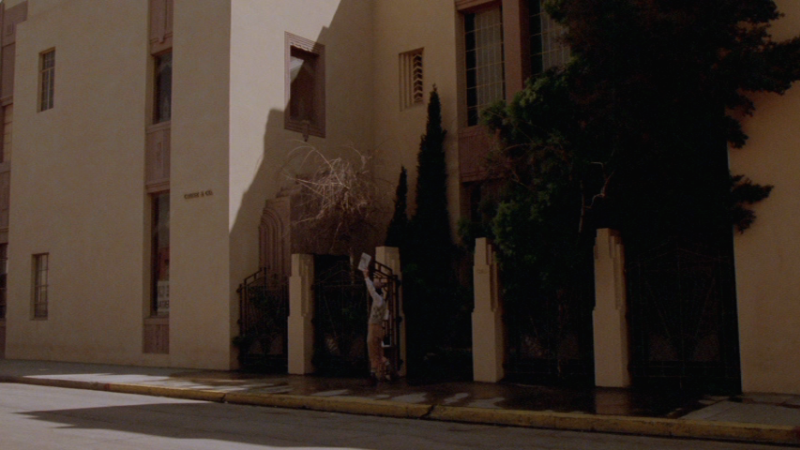 There are more images of the building at the Skyscraper Page forums, where I learned that this is also the building Dick Powell drops Rhonda Fleming off at for her job in Cry Danger!

Several interiors were shot there as well — the cast iron staircase railing is prominently featured — though the smaller rooms such as offices and places where everyone gets down to gettin’ down seem to be on unrelated (and usually sparse) sets. That sparseness is surely due to the budget, a large chunk of which went to getting actual 1920s props and jewelry; I would swear that Cara Lott is wearing my grandmother’s aquamarine jewelry set in the opening scenes. But unlike a larger-budgeted feature, very little work went into restoring those vintage items, making Dutch’s office look as though it were furnished after spending a twenty at a local thrift shop.

Trashy Lady is super hardcore, and as the hardcore scenes go, they do the job, if you’ll pardon that turn of phrase. Harry has a little trouble staying in proper form, if you get my drift, but this was a few years before he hung up the towel, so perhaps his heart (and other organs) just weren’t in it anymore. 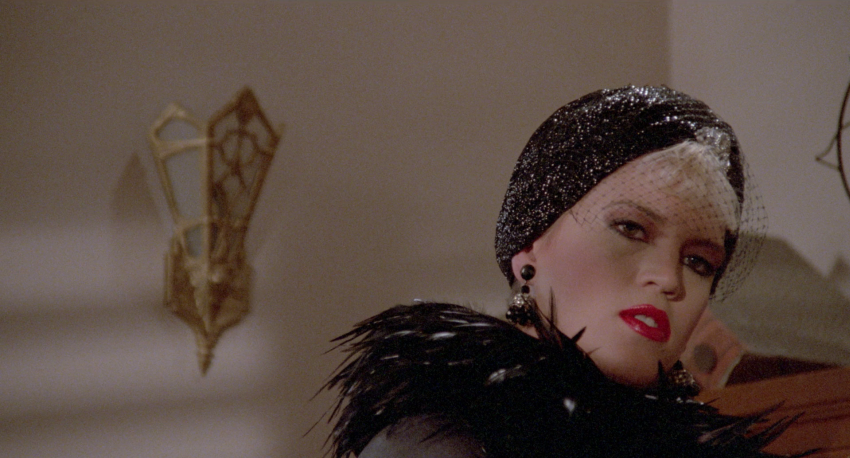 Amber Lynn as Rita. (Image from the Blu-ray.) 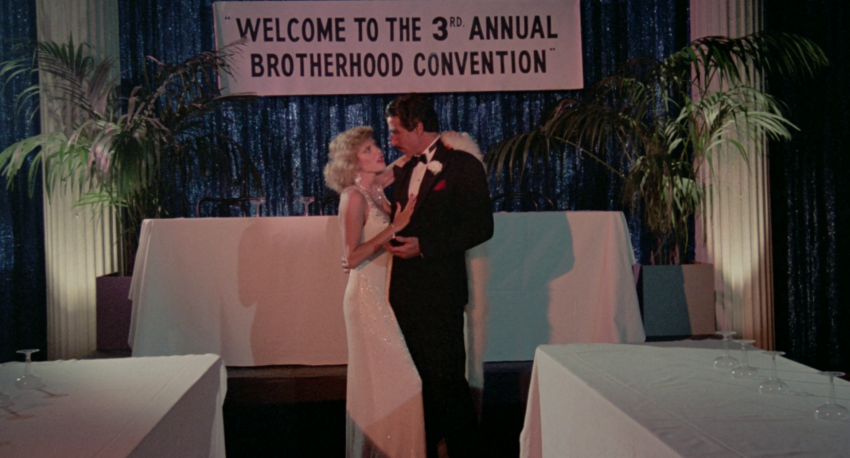 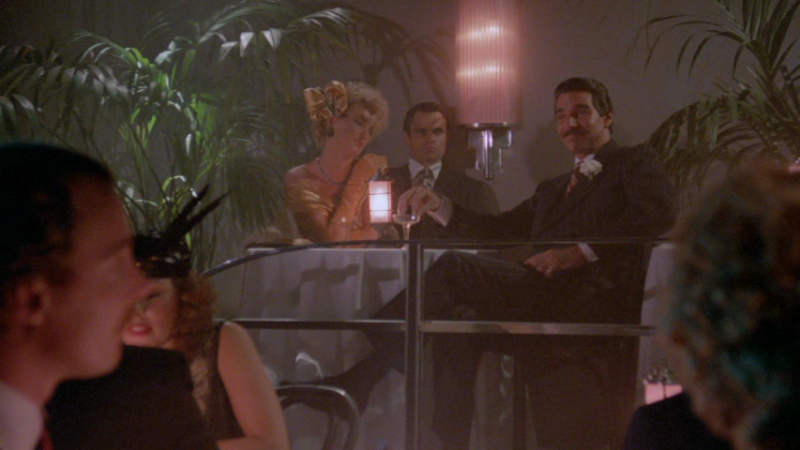 “Isn’t this the fucking cat’s ass?” Cara Lott isn’t a very good actress, but she’s a lot of fun. (Image from the DVD.)

Scott’s commitment to his work applied to the screenplays as much as to the visuals, and Trashy Lady is more than just a cheeky reverse Pygmalion. There’s a little Vertigo here — Dutch really wants Rita for himself, and has Kitty turned into a mini-Rita for his own ends — and some Public Enemy, too, just for the hell of it. The story is actually a lot of fun, even if exactly zero actors in the film are any good at comedy.

All screenshots are from the original DVD or Blu-ray. Some compression of the image may have occurred.