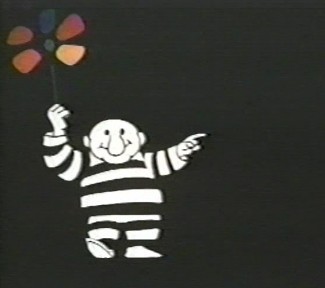 The benevolent gods at TCM have decided to bestow a rare treat on us tomorrow night: the 1968 cult film “Skidoo”, directed by Otto Preminger and starring a couple dozen actors who must have wondered what the hell they were thinking. “Skidoo” is on at 2:00 AM Eastern, January 5th, which is late Friday or early Saturday, depending on how you swing. It’s part of TCM’s Underground series. UPDATE: I should note that some cable guides and Tivo are reporting incorrect airing information. Also, this will not be shown in letterbox; the cost of rights for the letterbox version was too prohibitive. I’ve seen the pan ‘n’ scan version and it’s still worthwhile.

I won’t spoil it for you, but I thought I’d set the scene a bit. “Skidoo” is about Jackie Gleason, a legitimate business owner who finds himself in debt to the mob. He goes under cover as a prisoner to pay his debt back to the mob. Meanwhile his daughter falls for a hippie (John Phillip Law), drugs are consumed, and musical interludes involving asparagus and trash cans ensue.

This is not a good movie, but it is fun. Lord, is it fun. It’s a product of an old school Hollywood system which didn’t — and couldn’t — have understood what the youth of the late 60s was really about, so they created caricatures which must have rung as false in 1968 as they do today. There’s lots of jokes about guys with long hair looking like girls, for instance. And the cast is inexplicable; when you think counterculture, you don’t think Carol Channing, Jackie Gleason, or Groucho Marx. 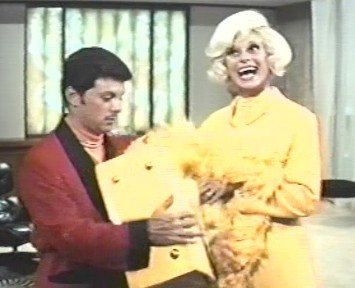 Much is made of Grouch Marx’s turn as “God”, a wise-cracking drug dealer, but I found it to be the most coherent part of the plot. Film buffs know that Rob Zombie of all people name-dropped “Skidoo” in his horror flick “The Devil’s Rejects”, specifically mentioning Groucho Marx.

My history with “Skidoo” is as odd as the film. As a kid in the 1980s, I stumbled across the 33 1/3 RPM soundtrack at the library, and checked it out dozens of times. Nothing says “popular” in junior high more than someone who is more interested in Carol Channing than Def Leppard. I loved the theme as well as Nilsson’s “Living in a Garbage Can”, and these musical moments in the film are still charming if not a bit, well, wacky. I forgot all about the film until a few years ago, when I was shocked to discover it hasn’t been released. The lengths I went to just to get a passable copy of the film!

“Skidoo” only occasionally shows on TV. Tomorrow night is one of those occasions. Don’t let it pass you by.