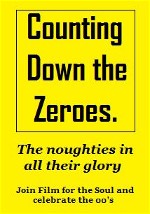 Ibetolis of Film For the Soul has taken on the monumental task of counting down the years of 2000-2009 — the Zeroes — in film. Guest reviews and commentaries celebrate the decade as it’s coming to a close. I cannot recommend the posts in the series highly enough; they are insightful, intense, and remarkable. You can read them at Film For the Soul or at their own dedicated blog at Counting Down the Zeroes. Ibetolis kindly allowed me to participate with a post about one of my favorite films, “The House of Mirth”, as part of the year 2000 series of reviews. The post originally appeared here at Film for the Soul.

The film “The House of Mirth” (2000) is a remarkable cinematic representation of Edith Wharton’s 1905 classic. Somewhat whittled down, of course, and with more of a focus on sexual energy and jealousy between the characters, it is a beautiful film, easily one of the best of 2000.

Director Terence Davies adapted the book for the film and did a fine job creating dialogue that did not appear in the novel, or appeared only as narration. Davies said in the film’s commentary track that he felt he succeeded in being “imitative” of Wharton’s style. However, I was amused with two of his specific examples. His first example was the line “It’s stupid of you to be disingenuous, and it isn’t like you to be stupid”. It certainly is imitative: It’s practically a direct quote! The only change is that the novel reads “to make love to me”, and Davies replaced it with “to be disingenuous.” The second example was at the end where he said Lily burning the packet of letters wasn’t in the book. It most certainly was in the book, and quite an important point, too!

Ultimately, I think anyone approaching the film of “The House of Mirth” will be a bit disappointed in the loss of some depth, dialogue, and clarity.

That’s the nature of the medium, however, and no 2-hour film is going to be able to include the vast scope of Wharton’s lengthy novel in its entirety. Yet Davies does deftly adapt the material, even if he is a bit confused on what is his invention and what is original to Edith Wharton.

Remi Adefarasin’s cinematography is impeccable in almost every film he works on — his visuals in “Onegin” (1999) being a wonderful example — but here Adefarasin is at his most lavish and intense, framing each scene as an intricate painting. These visuals are why I was disappointed that the tableaux vivant scene was truncated and so changed from the novel. The film is richly fleshed out with visual metaphors and puns, one of my favorites being when Bertha reveals in front of the prudish Percy Gryce that Lily smokes cigarettes (scandalous!); as Lily turns and is reflected in the train window, smoke billows by and almost obscures her reflection.

As the characters in the film find themselves so often framed as figures in a cinematic Monet or Vermeer, it was a shame to not exploit that

for one moment longer in the tableaux vivant scene, creating essentially a tableaux within a tableaux. But director Davies says in the commentary that he reduced the tableaux to a minimum because he didn’t think contemporary viewers would know what a tableau vivant was.

Another great moment was missed with the tableaux. In the novel, Lily’s tableaux features her as the figure of Mrs Richard Bennett Lloyd in the painting by Sir Joshua Reynolds. She creates a scandal and, if you look at the portrait, you can see why: a form-fitting, simple dress that no woman could have worn in public in 1905. In the film, however, Lily is dressed as Summer by Antoine Watteau. She is beautiful, of course, and the painting is probably better-known than “Mrs Richard Bennett Lloyd.” In both the movie and the novel, Gertie says in response to Lily’s tableaux that she likes her best in the simple dress because “it makes her look like the real Lily.” Perhaps it’s my dirty mind, but I found that line to be a bit of a naughty pun, considering Mrs Richard Bennett Lloyd’s gown left little to the imagination.

Lily’s languid relaxation in good times offers a stark counterpoint to her troubled, and often absent, sleep when life begins to crumble. One can’t help but feel the sun warming one’s own face as it also warms Lily’s as she falls asleep on the Dorset’s luxury yacht. As darkness creeps under Lily’s eyes and her skin begins to pale, one also starts to feel the weary foreboding Lily herself surely feels. Gillian Anderson’s acting is near perfection and the amazing control of expression she utilizes is nothing short of amazing.

Which is why I hesitate to say this, but one of the two minor quibbles I have with the film is that we see far too much of Lily. She is in absolutely every scene when, on a few occasions, seeing what others are saying about Lily when she is not nearby would be more than warranted. And while the slow fades from one scene to the next — Davies says he was influenced directly by “Letter From an Unknown Woman” (1948) — clearly indicate the passage of time, on a few occasions I felt seeing Lily arrive at the next stage of her life, rather than being already ensconced within, would have been much more effective.

The other issue I had with the film is one that’s probably not even a fair criticism, but one I alluded to earlier. So much of what the characters experience during the course of the novel is within themselves, and Wharton creates multi-layered, complex, complete, potent characterizations. Brevity being necessary in this film, the characters are pared down. Lily especially has her focus narrowed, and at times little or no attention is paid to some of the details that make Lily’s plight in the novel that much more complicated. We are told she was brought up to be a rich man’s wife, but in the book we see how tragic and, perhaps, inescapable that upbringing was. In the film we’re simply told this is the way it is.

The combining of the characters of Grace and Gertie in the film is an easy thing to do and it makes sense cinematically, but I really hated to see the loss of Gertie. Cousin Gertie Farish is a woman living on her own on meager means, devoting her life to social issues, and providing a rich counterpoint to Lily’s life of meaningless luxury. Inclusion of Gertie sets up the story as one unmistakably about women’s roles and opportunities.

That’s not to say the film does not address these issues. Lily’s devastating problem with the money “invested” by Gus Trenor could so easily be played as old-fashioned nonsense, as a sly look at how silly society was 100 years ago. Instead, as Gus Trenor’s business associate Sim Rosedale says, when business is involved, often no one comes out with their hands completely clean. That is exactly what happens here, and exactly the focus director Davies takes.

Lily is a victim, but often because of her own failures. Lily manipulated Gus with her beauty and flirtations to help her monetarily, but at the same time Gus presumed too much and used his own money, thinking Lily would pay him back “in kind” for his favors. Lily was presumptuous herself in believing her aunt would save her by paying the money owed, yet Lily’s aunt is cruel in refusing to consider her own niece as family and help her out of a serious situation.

Society also does not come out with its hands clean. Lily’s aunt is cruel, but Lily has to depend on her aunt because she is a single woman in a society that frowns on single women living alone. Lily is foolish in money matters, but foolish because women like Lily are not taught to understand finances in the least. In the investment fiasco, there is every reason to believe that she is sincere and acting toward the best of her ability. Lily wants to be independent but fails at it time and again. She cruelly finds herself useless as anything other than a rich man’s wife.

Lily is frightened of poverty but doesn’t look down on the people experiencing it, she looks down on poverty itself, and sees it as the physical manifestation of irrelevance. She was brought up as a pretty plaything, a novelty which in turn would land her a very rich husband. Lily knows she floats in the orbit of the upper class because she is decoration, amusement for a lot of bored people who like shiny things. Lily loses her lustre and is no longer desired, cast out as a tarnished bauble off an otherwise gleaming chain. No longer a part of the upper class, no longer able to marry a rich man, with no marketable skills, Lily found herself wholly irrelevant.

Speaking of Lily’s skills, many sections of the novel start with the narrator telling us how Lily’s chameleon-like social awareness and her gift of wit and charm are her reasons for success. Yet each time we’re told this, Lily’s gifts fail her spectacularly. Are her gifts being overstated by an unreliable narrator? Is Lily really more on the periphery of society than we’re lead to believe? Or perhaps, as Mrs Fisher says, “at heart, she despises the things she’s trying for.”