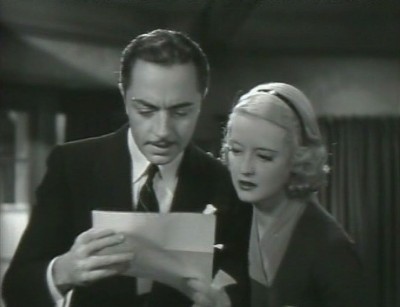 William Powell plays Sherwood Nash, a con artist who fails at one con and, when he stumbles into newbie fashion designer Lynn Mason (Bette Davis), is inspired to create a new con: knock-offs of original fashion dresses. Nash’s true motivation is to irritate legitimate designers so they will hire him as a consultant to steal Paris’ fashions in the same way he stole theirs.

Bette is completely out of her element here. She’s put in ridiculous wigs (or so much Dippity-Do that it makes her real hair look like a wig), heavy make up and clumpy false eyelashes. She’s in the role of subservient, meek little girl who literally sits on the sidelines while the action goes on. She even alters her voice to mimic the upper class voice of early 30s starlets. Bette looks really lovely in the gowns, though, and while they’re not exactly her style, she certainly has a terrific figure. Thanks to the whims of fashion, though, her bosomy figure wasn’t the style in 1934. 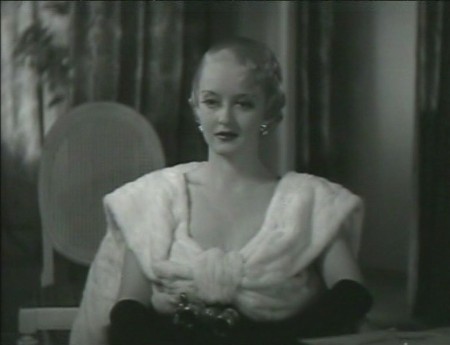 Speaking of figures, this movie was one of the last pre-code films to come out before the July 1, 1934 enactment of the newer, harsher code. There are tons of girls in their underwear, including a surprisingly well-endowed Bette, and all the girls in the Busby Berkeley ostrich feather number are practically nude. There are a lot of double entendres, and the resolution of the trouble involves the fake duchess’ birthmark in a very intimate spot.

Not a bad film, but definitely just an excuse to show fashions and have a musical number. That’s not going to stop me from posting my extensive “Fashions of 1934” photo gallery. And by “extensive” I mean “eleven”. 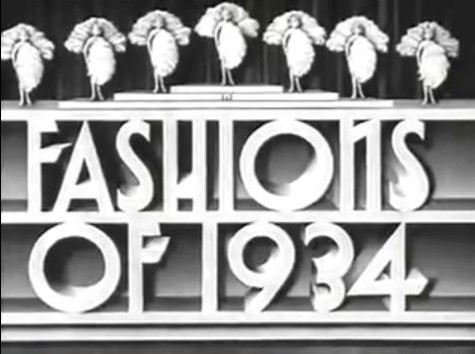 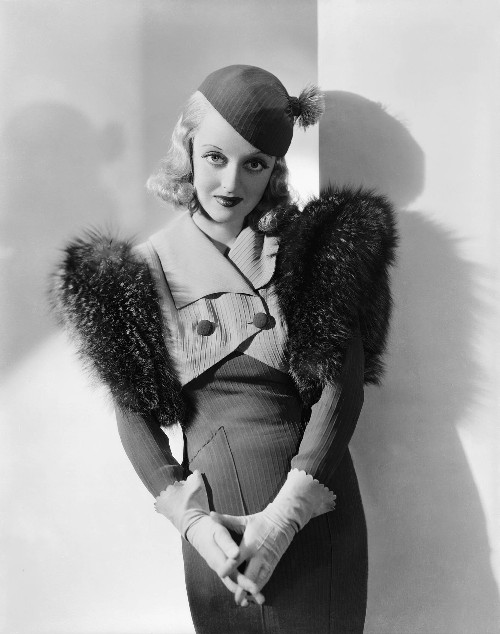 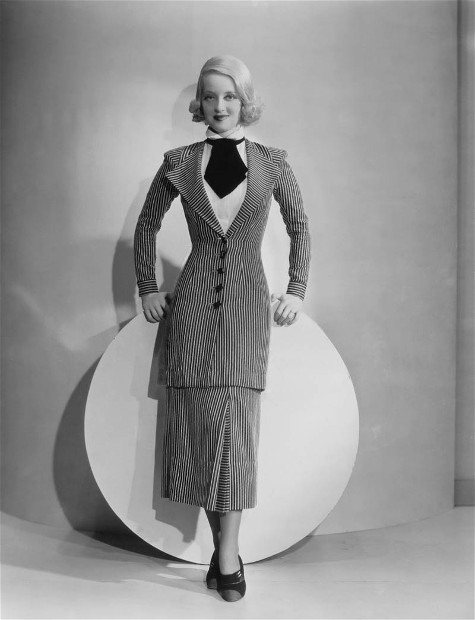 This is actually Bette in Jimmy the Gent (1934), but it’s a great picture, so here you go. 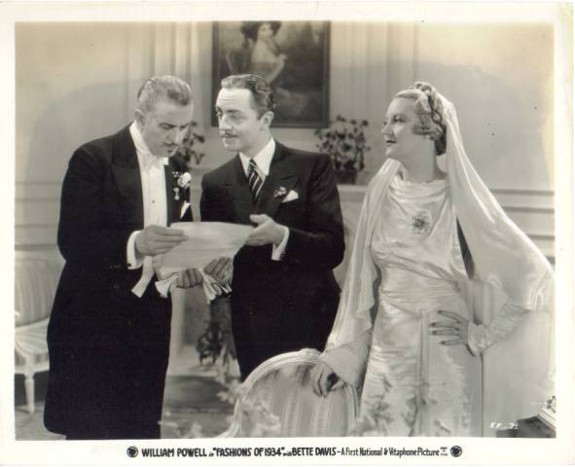 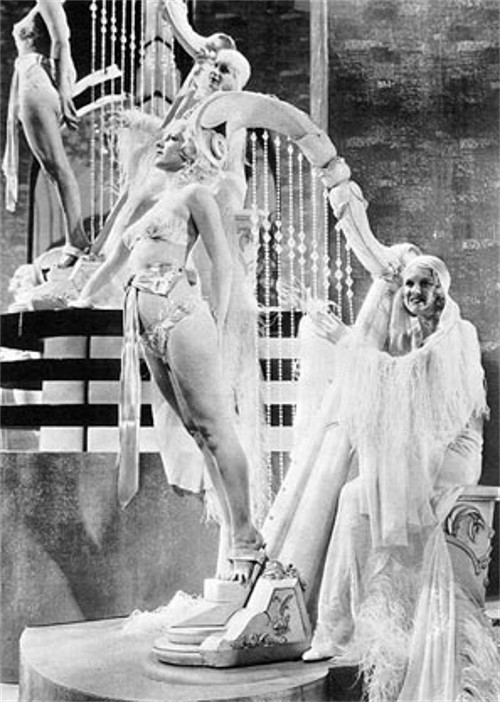 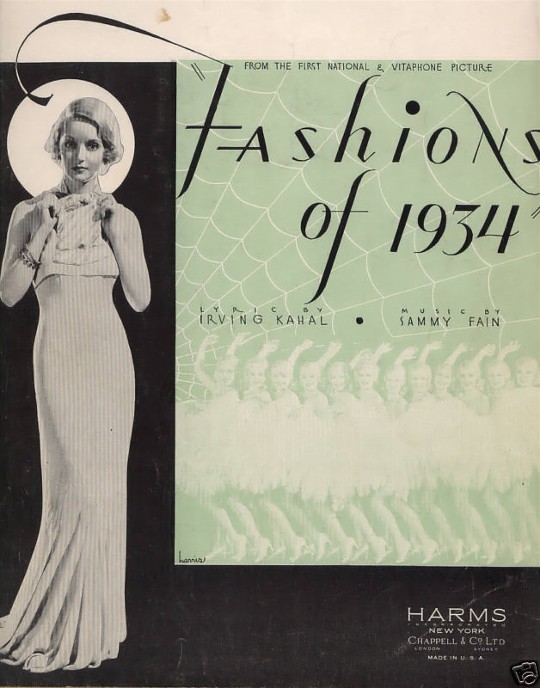 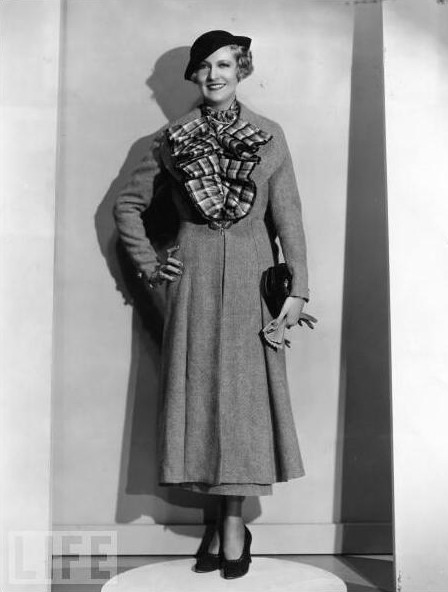 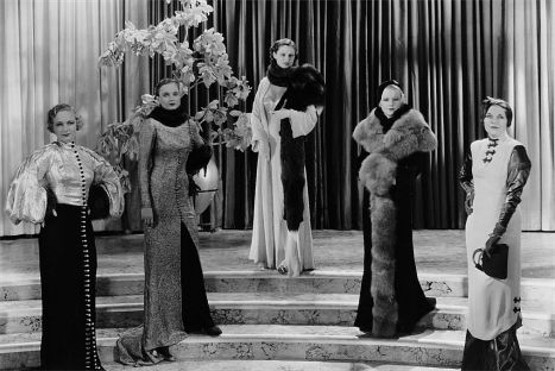 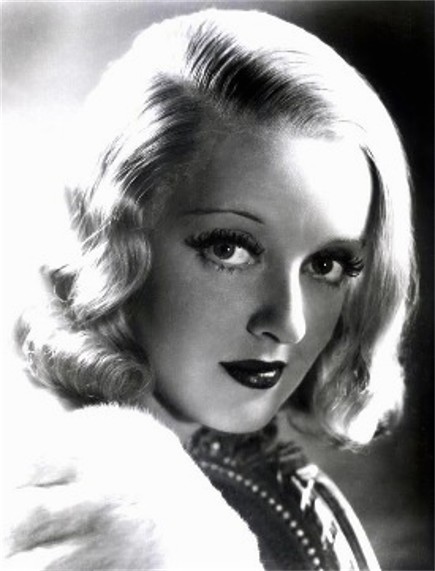 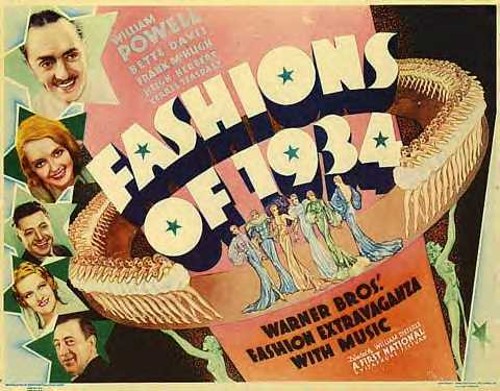