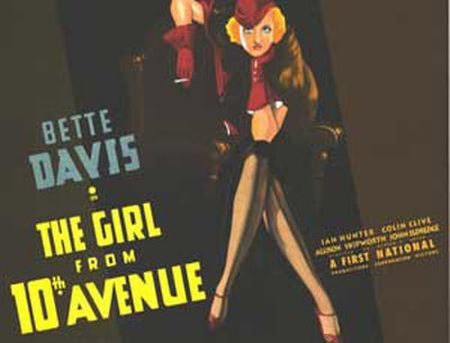 The Girl from 10th Avenue (1935) is one of those quickie Warner Bros programmers that at times rises above its mediocre goals. But many of these Warner Bros weeklies do, truth be told, and between cost-cutting and bored actors, so many of these films just do not impress.

Bette Davis is Miriam, a shop girl who happens to be standing outside the church where a fabulous society wedding between Valentine French and John Marland is taking place. Also standing in the mob outside is Geoff Sherwood, the lawyer that Valentine threw off so she could marry the rich John Marland. He’s drunk and belligerent and, when the cops decide maybe they should take him in, Miriam grabs him and steers him to a spaghetti restaurant, away from the cops.

There Geoff decides he needs looking after, so he offers her $100 to watch him for a week. She tells him to go to hell at first, but eventually relents. 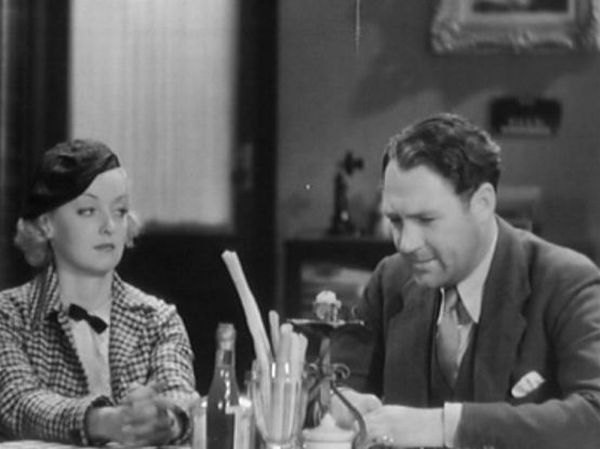 Next thing they know, they’re married. Geoff doesn’t recall the marriage (booze) and Miriam considers just leaving and annulling the marriage (common sense), but to help get him sober, they agree to stay together with the caveat that either can leave at any time. Geoff rebuilds his career while Miriam works on becoming socially acceptable, as though she was ever crude and awful and unacceptable in the first place. But okay, let’s go with it. Miriam becomes fashionable and sophisticated: 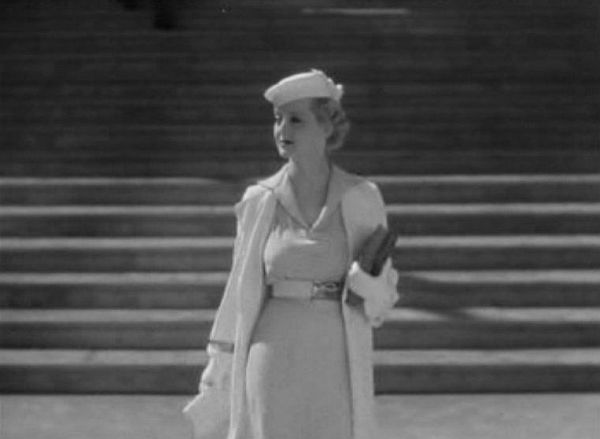 Of course, this happens just as Valentine returns from her lengthy honeymoon, disappointed in her new rich husband and determined to get Geoff back. In fact, her marriage has almost completely dissolved: her husband John (Colin Clive) has moved out of the house. He meets with Miriam to tell her to watch out for Valentine and to encourage her and Geoff to make their South American business trip sooner than scheduled in an effort to save both marriages. 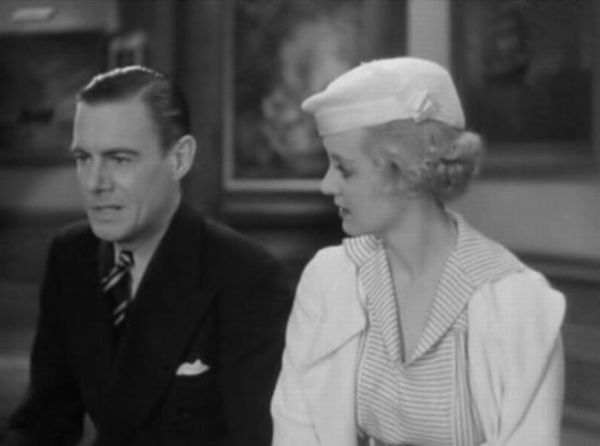 Miriam tries to undermine Valentine’s reputation at a society luncheon. A scene is caused, a grapefruit is thrown, gossip articles are written. Geoff is furious that Miriam is so gauche as to cause a scene, so he decides to leave her. In yet another overly-scripted temper tantrum designed to cash in on Bette’s sensational scene in Of Human Bondage, she tells Geoff off and leaves before he gets a chance to do it first. Apparently, that makes him realize he didn’t want to leave. I don’t know, folks, I just report what I see. Geoff, who has hurt his own feelings but still thinks women are his real problem, gets drunk with John, and the pair head to Valentine’s so Geoff can dump her. Then he goes back to Miriam, waits outside the door until morning when she opens the door to pick up the milk, and he gives her wedding ring back to her. That’s it, kids, the movie ends there.

These films are not bad, and I don’t discourage anyone from watching them, because 75 years later it’s a treat just to be able to see them. And who doesn’t want to spend an hour imagining themselves in a crazy mixed-up relationship with handsome Ian Hunter, or with a mentor who used to be a glamorous Floradora girl, or even eating in a little hole in the wall in NYC that serves cheap pasta and those hard thin bread sticks? It’s diversion and, as much as I disparage these uninspired quickies, I also like them.

Speaking of uninspired, most of the film failed to deliver the deco, but the brief glimpses we get of their fashionable apartment are pretty nice: 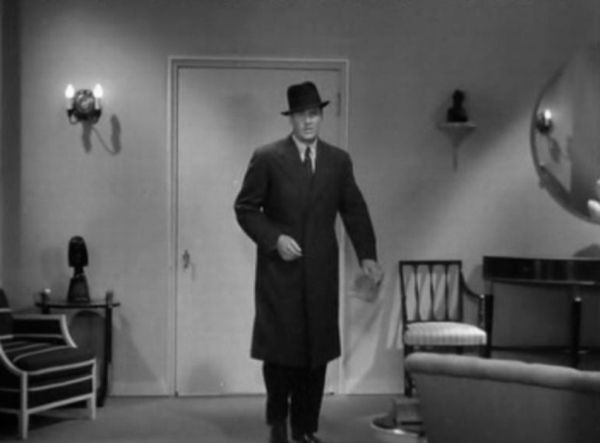 While I am usually not a big fan of the leading men in these programmers, I genuinely liked Ian Hunter. I assumed he would irritate me like George Brent or Pat O’Brien do when they just sleepwalk through a film, but I was pleasantly surprised by Hunter. He had a bit of intensity behind his eyes that really worked. Colin Clive was amazing, of course, completely wasted in this film, but he is so terrific to watch in anything that I was just glad to see him. Alison Skipworth plays Miriam’s neighbor, a former Floradora girl who helps Miriam navigate the strange world of society dames, and she’s a real treat.

Bette is good but, really, this was a silly movie and her part was a silly one. She’s quite good early on as the shop girl, and of course she’s lovely in the designer fashions later in the film, but there is no rhyme or reason to her character. You can sense an overall boredom from everyone involved in this film, Bette especially.

And now the title screen for you completists out there: 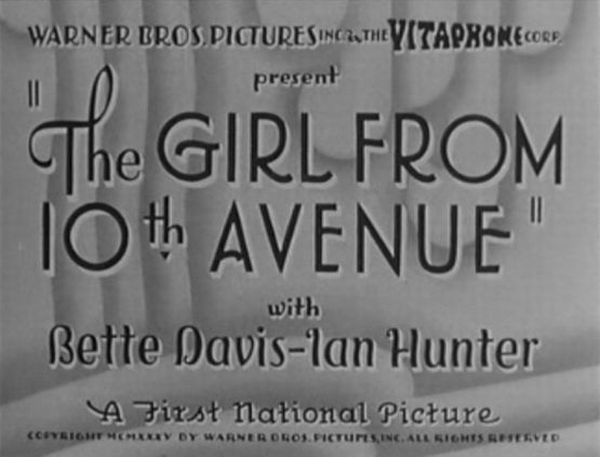