It’s not often that a movie causes me to look like this: 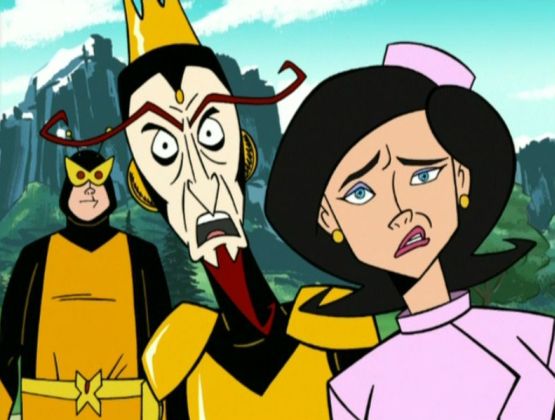 Usually I’m pretty stoic like my beloved Henchman 21 in the background, but “Jamaica Inn” (1939) gave me Dr. Girlfriend face for days. I spent much of the movie wondering what the hell was even going on. Almost nothing works in this film, neither technically nor artistically. Laughton’s make up is unnecessary. The sound quality is terrible, and I’d blame the cheapie DVD transfer except half the dialogue was spoken in caves, during windstorms, or, in Laughton’s case, through a ridiculous set of prosthetic teeth. The editing was so bad I still believe there are some scenes missing in the film. 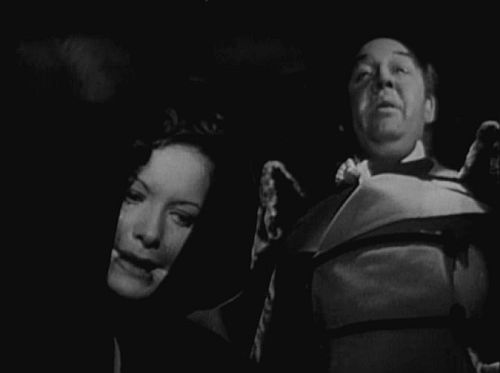 If I had a magic genie to rub, I wouldn’t be here. Wait, let me start again. If I had a magic lamp to rub and a genie gave me three wishes, one wish would be for someone to clearly and convincingly explain to me Mary’s (Maureen O’Hara’s) behavior. She tells the law about the scalawags at her uncle’s home, yet gets mad when the law arrives to do something about it. On several occasions she runs directly toward someone who wants to harm her, then gets upset when she’s grabbed and/or harmed. Once, she sees someone get shot and, instead of running for cover, just stands there and then goes about her business as though nothing happened. She is, of course, surprised when someone with a gun shows up seconds later. 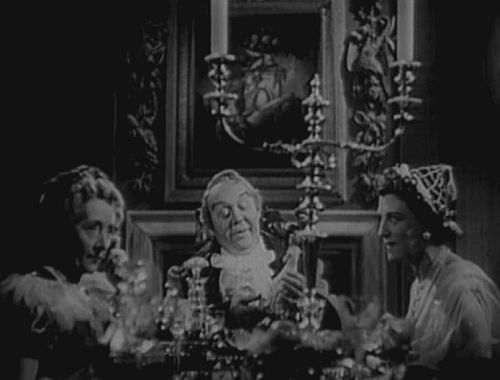 The audience is told what to believe without being shown any supporting evidence. For example, the guests at Sir Humphrey’s home are supposed to be engaging in debauchery, yet there is nothing debauched about them. Despite acting as normal as he has throughout the film to that point, Sir Humphrey is said to have finally gone mad. Was this scene edited in the wrong order or something? And trying to figure out the logistics behind the warning lamp that ships use to prevent shipwreck — and explaining just how Sir Humphrey predicted the weather accurately every time — would drive someone mad. Trust me, I know.

I’m probably on first level movie-recommending probation with my husband for suggesting we watch “Jamaica Inn” — I was morbidly curious, but he kept saying “It’s Hitch and Laughton, what could possibly go wrong!” I feel responsible for his optimism, and I deserve to be given the evil side-eye the next time I suggest a film. I would be on second level probation except I talked my way out of a violation after “Buio Omega” (1979) last weekend; I only received a written warning. 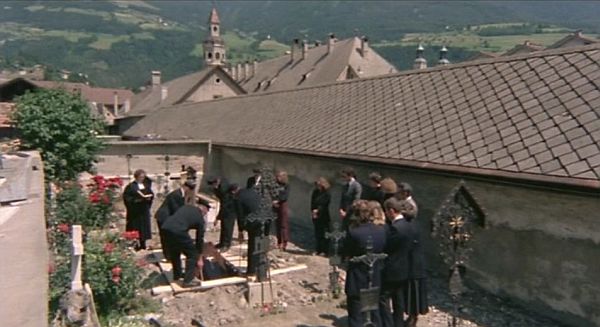 A long time ago I read Arbo’s excellent “The one you might have saved” article (since turned into a lengthy blogathon-esque event) but, because I didn’t want to be spoiled, didn’t read the entire article, nor did I look anything about “Buio Omega” up online. I just found a cheapish copy online and bought that baby, and the end result of my impulsiveness was realized last weekend when my husband and I sat down, slightly fucked up on red Italian wine, and watched a slightly fucked up Italian movie.

Now, I think there is a lot to like about “Buio Omega.” I enjoyed the overt homage to “Psycho” in that Frank Wyler (Kieran Canter) was an impossibly beautiful innocent-looking man who loved taxidermy and had a bit of an Oedipus situation going on with the caretaker Iris. Iris (Franca Stoppi) was, in turn, dressed exactly like Mother in “Psycho”. I do think that if director Joe D’Amato was going to push the Oedipus button that he should have gone all the way and had the character of Iris be Frank’s mother and not a mother substitute, but I’m twisted that way.

The funeral home employee, too, was terrific. His silent but ever-present role was so good, and discovering his motivation at the end of the film was lots of fun. And did anyone else notice that the funeral home’s logo was an omega? 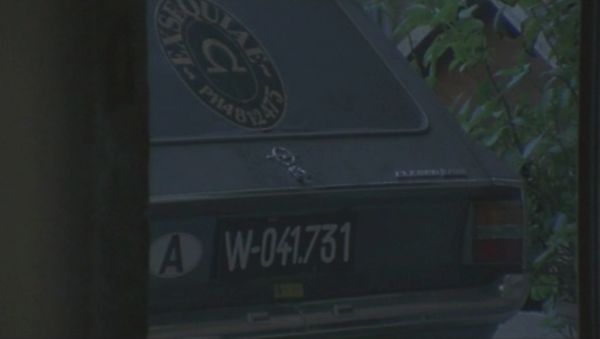 A lot of horror aficionados love “Buio Omega” and feel it transcends your standard exploitation horror flick. I agree to an extent, but was always reminded that this was, at heart, base exploitation because of how the women were treated. One lovely woman is placed on the bathroom floor at a camera angle so you just see her beautiful body; her face is not visible. Partly this is because of a special effect needed, but mostly it’s because this is wank material and the boobies are more important than the face.

With that I will sign off on the strangest post I have ever written: A double feature of “Jamaica Inn” and “Buio Omega.”