Artists and Models (1937) is the full 1930s Hollywood entertainment spectacle, complete with music, dancing, celebrity cameos, comedy, romance, and hot chicks in skimpy clothes. Because of all those things and the stars — Jack Benny, Ida Lupino, and Gail Patrick — I was sure I’d love it. I didn’t. I didn’t hate it, but it has some serious flaws that even Jack, Ida, and Gail can’t fix. 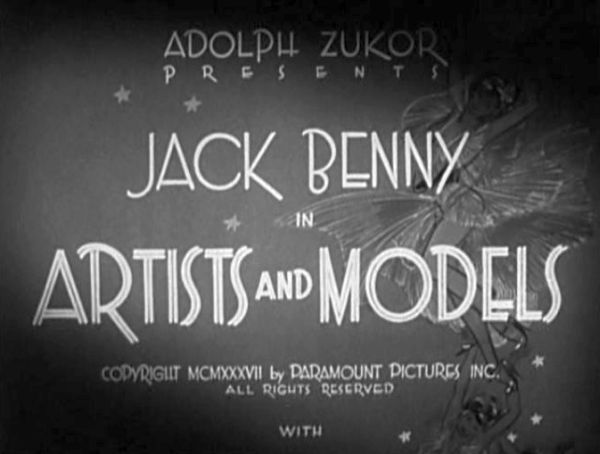 Jack is Mac Brewster, head of the big name Brewster ad agency, and owner of one of the most fabulous offices I’ve ever seen: 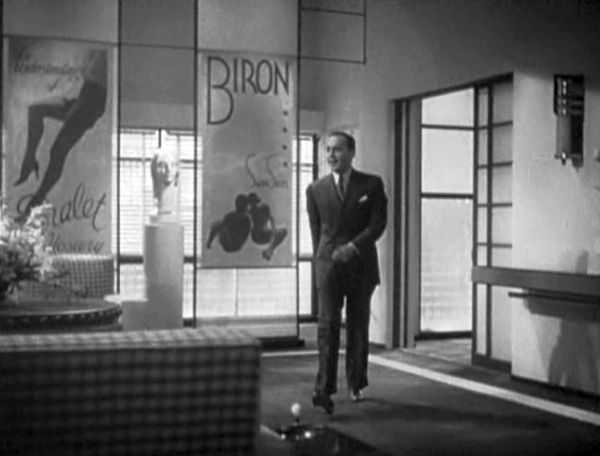 We open with a wacky number by The Yacht Club Boys where George Kelly does a Max Bialystock theater producer routine; truthfully, I would not be surprised to learn that at least a few aspects of the Bialystock character came from this film. 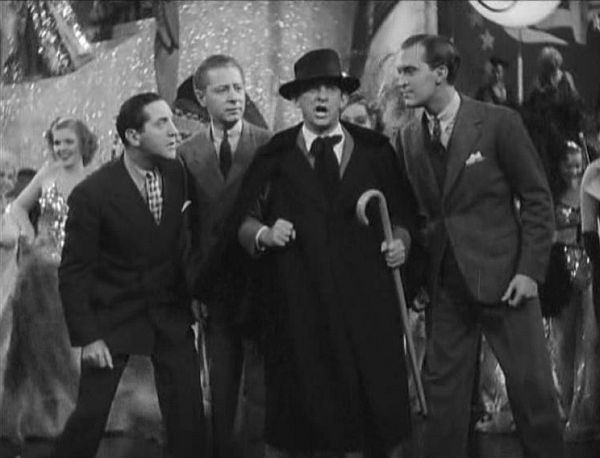 By the end of the Yacht Club Boys number, a few thousand cast members are on stage, crowded amongst the sets for a dozen plays. It’s wacky, remember. Brewster is asked for his opinion: 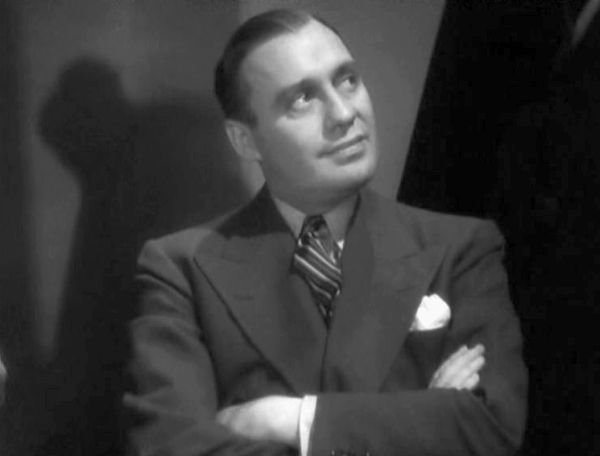 Ha! I love you, Jack Benny.

Brewster’s ad agency is in financial trouble, but all is saved when rich Alan Townsend (Richard Arlen) gives Brewster a large contract, contingent on finding a new Townsend Silver Girl for advertising their silver products. The Silver Girl should also be the winner of the upcoming Artists & Models Ball, it’s decided, for maximum publicity. Brewster figures his girlfriend and top model Paula Sewell (Ida Lupino) would be perfect. 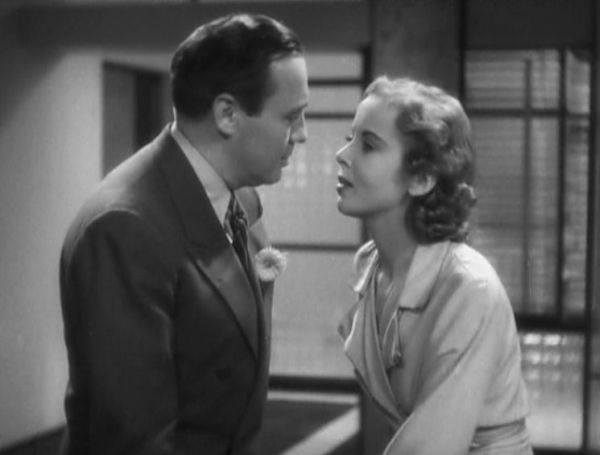 Townsend, though, has visions of an unknown debutante who exudes class and charm for the model, so he puts the kibosh on Paula. Determined, Paula skips out on her own wedding to Brewster and heads to Miami where she pretends to be a debutante and socializes in Townsend’s circles. Townsend meanwhile runs into Cynthia Westworth (Gail Patrick) and feels she would be the perfect Silver Girl. Brewster heads down to Miami to find out what the heck is going on, only to wind up engaged to both Cynthia and Paula, who also both believe they will be the next Silver Girl.

During all this? Musical numbers. Unbelievably irritating musical numbers involving a certain Judy Canova. The day I watched Artists and Models is the day I discovered I cannot stand Judy Canova.

The A&M Ball is a costume affair, so you get to see Jack Benny in tights. That makes up for a lot. The movie also features several fashion artists of the day playing themselves, drawing famous model Sandra Storme and auctioning the results for charity. Also, you get bonus Rube Goldberg: 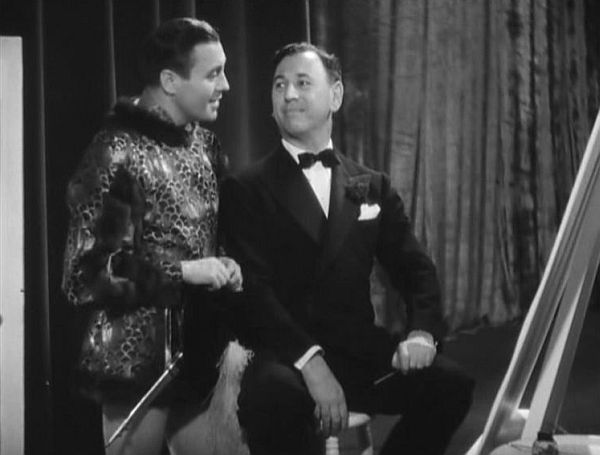 Rube and Jack spend the entire time together trying not to laugh at each other’s jokes. It’s adorable.

Equally adorable are Jack and Gail, who are not only cute together but who have great chemistry. Jack getting flustered when he kisses Gail is one of the sweetest things I have ever seen. Ida is terrific, too, and she and Richard Arlen really click. This may shock those of you who know Richard Arlen as the dude who forgot how to act in 58% of his movies, but Arlen was quite good in Artists and Models! Sure, the role of rich guy in a musical romance with a thin plot is not much of a stretch, but Arlen pulls it off with an ability I didn’t know he had. 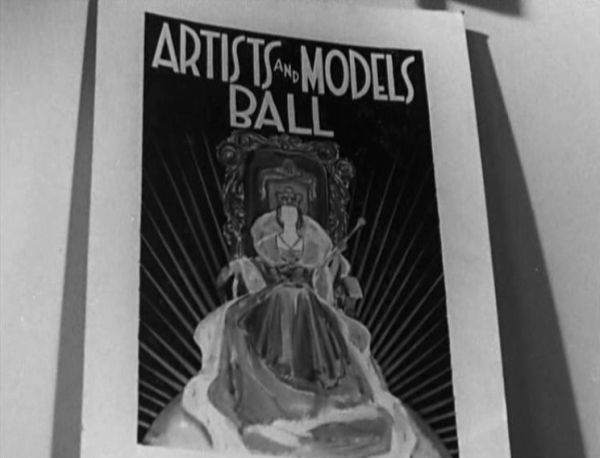 “Public Melody #1:” That’s the name of the musical number that everyone remembers from Artists and Models. It’s odd in so many ways and, to add insult to injury, it’s not very good either. Burgeoning director Vincente Minnelli was in charge of this number and, by all accounts, it lead to his disillusionment with the studio and the film industry. Perhaps that explains some of the inherent sloppiness and lack of linear action in this mega musical extravaganza.

The plot of “Public Melody #1” is about a neighborhood of black people in the ghetto all being gangsters. That’s it. It’s obviously racist, but the Louis Armstrong parts and the team of background dancers are all very good, and underneath the idiocy is an intriguing concept. I would love to have seen it played straight and not as a race-based stereotype comedy with lead singer and dancer Martha Raye. She spends the entire number in light blackface, sticking her butt out, opening her eyes and mouth as wide as possible, and being unbearably pathetic.

But the really strange thing is how Raye looks at the end of the number. Her blackface throughout the segment looks like this: 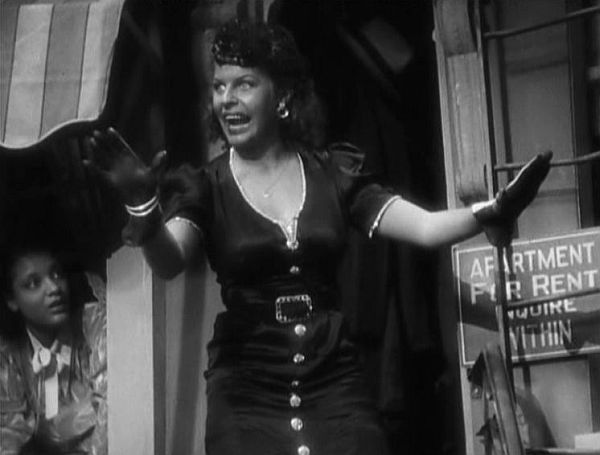 But it has lightened somewhat throughout the number to where it appears like this very just before she takes the final bow: 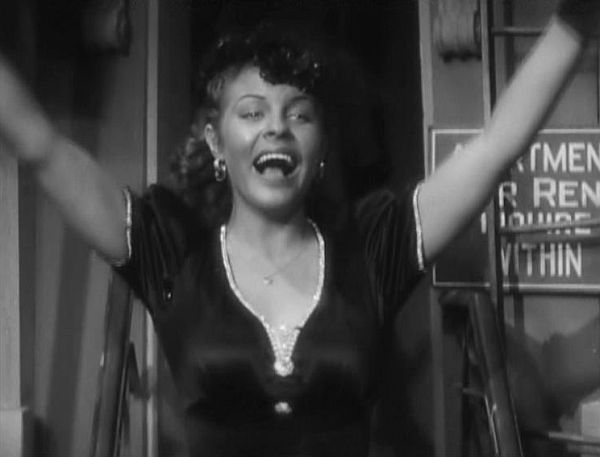 And when she rises from the bow, the blackface is gone: 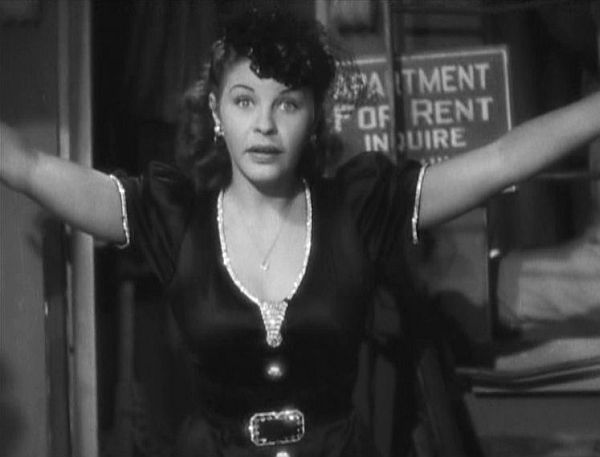 Dennis Schwartz notes that some Southern U.S. states “objected to Martha Raye singing like a Harlem Negro and dancing with Negroes onscreen.” Further, Jack Gottleib in Funny, It Doesn’t Sound Jewish notes that “Public Melody #1” became a “cause célèbre for its candid sexuality between a black man and a white woman posing as black.”

This appears to be true, as Slow Fade to Black by Thomas Cripps quotes Variety’s review: “While Miss Raye is under cork, this intermingling of the races isn’t wise, especially as she lets herself go into the extremest manifestations of Harlemania torso-twisting and gyrations. It may hurt her personally.”

Yes, reviewers were mostly upset that Raye’s precious whiteness might be sullied by the presence of Negroes. But why did the makeup change until it finally disappeared? Was it done to appease critics? Or was the fact that the makeup was gone, showing her in her all-white pasty goodness, the problem? I don’t know how racist 1937 minds worked. Perhaps the removal of the makeup in the middle of her final bow didn’t have anything to do with racism at all but was simply a method used to show Raye without the makeup once the number was over.

And I know some of you are rushing to reply “Everyone was racist back then so it was 100% okay.” Can we not go there this time, please? For once?

At any rate, between “Public Melody #1” and Judy Canova, this movie grates more than it entertains. There is a bizarre puppet number — yeah, you heard me — in the middle of the film that had me scratching my head, until one of the elaborate puppet sets was revealed: 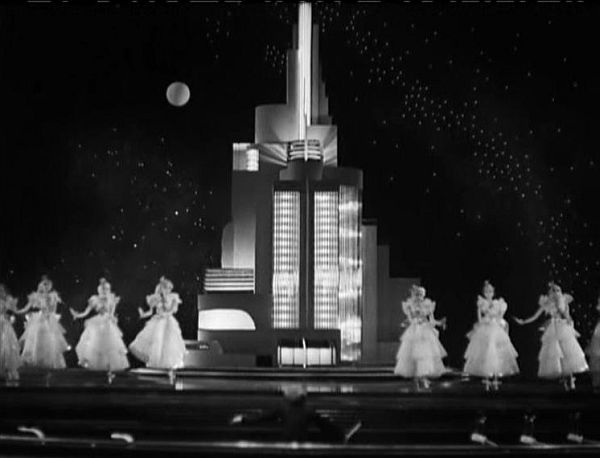 That sound you hear is me packing my things and moving to that set to live out my days. Good day.