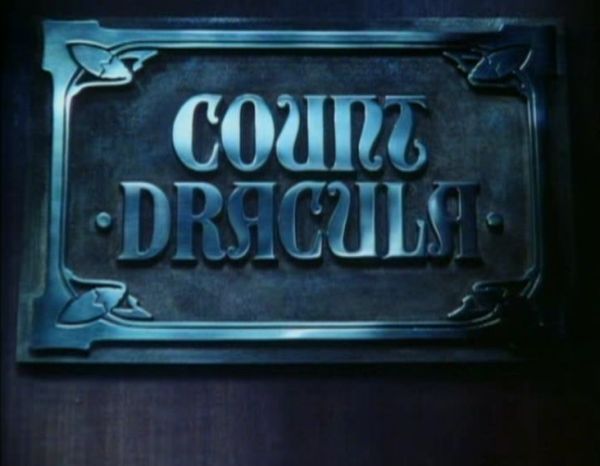 At 56 years of age when this 1977 BBC adaptation of the Bram Stoker novel was filmed, the desire to pun that Louis Jourdan is “long in the tooth” is too great to deny. Yet his older-than-usual Count has a weighty, experienced presence that is an absolute delight to watch. He is everything a Count Dracula should be, with an added touch of sinister chivalry and intellectuality that is often cast aside in other adaptations, usually to make room for more sexy times.

That’s not to say Louis Jourdan is not a sexy Count Dracula, because he is, my friends. He is very sexy. Jourdan’s Dracula is also, soon after being introduced, a frightening figure thanks to some subtle touches. His superhuman strength is barely noted, and the lack of servants not directly explained; you have to think to understand what’s really going on, and this places the viewer directly into Jonathan Harker’s shoes. He doesn’t quite know what’s going on, and neither do you. 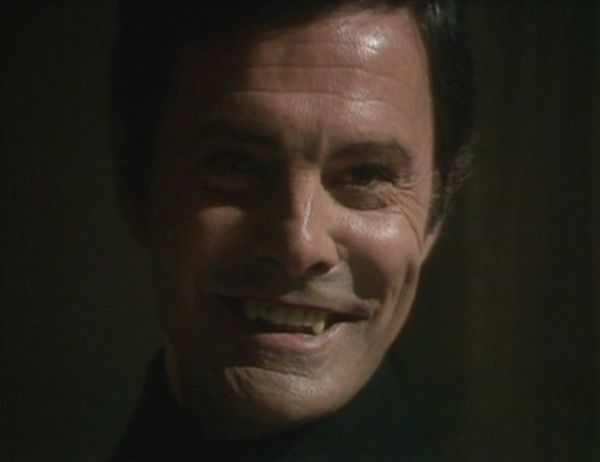 Harker (a terrific Bosco Hogan) is a necessary character, often marginalized in adaptations of the Dracula tale, here given his full due and made much more interesting than in most other film versions. Hogan’s performance along with the created atmosphere invokes the easily recognizable uncertainty of a new land, especially once Harker embarks on his trip to the Count’s castle. When Harker is experiencing a new location plus the fear of the unknown, we are too. When Harker is taken to the castle by a scarf-covered driver, like him, we briefly wonder if the scarf is to protect from the cold or protect an identity. 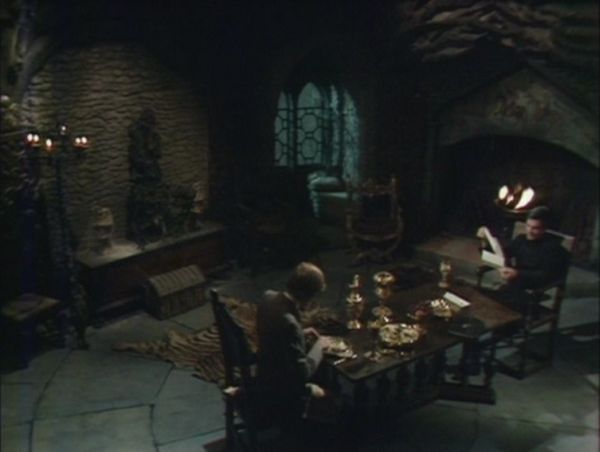 A comparatively faithful adaptation in a literary sense, Count Dracula unfortunately chose to construct atmosphere at the expense of dynamic action. Dated special effects that rely on slowed motion and video-generated solid tones bog down the pace of an already slow film. Inclusion of brief shocking moments, such as when a baby is eaten by the Count’s harem of kept vampires, cheapens the overall presentation. The typical failings of made-for-television BBC productions are undeniably present here: Cheap effects, inept non-British accents, extension of scenes to pad out necessary time constraints. And unfortunately, the final result means a significant blunting of the literary themes of possession, sexual awakening, superstition and mental illness. 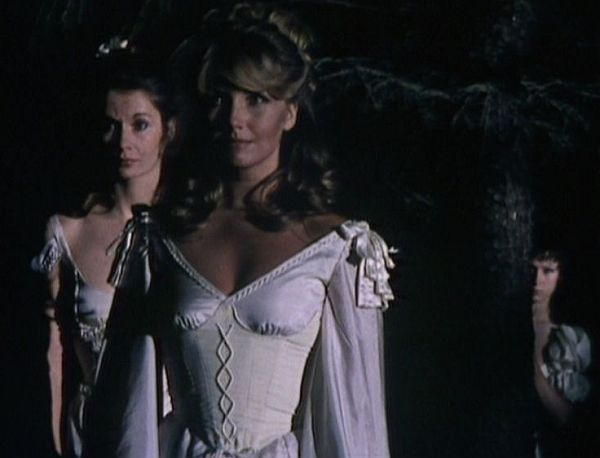 Yet for the first half of the film, the final product is undeniably compelling and charming. What I always enjoyed about the novel is that it was a lovely Victorian epistolary piece, the conceit of letters and documents pieced together to tell a tale, lending it a delightful believability. This version of Count Dracula makes special note on several occasions of correspondence and documentation as a nod to the original text, and the story is gradually revealed by the experiences of multiple people. Adherence to the original story makes character behavior and their introductions into the story very organic. 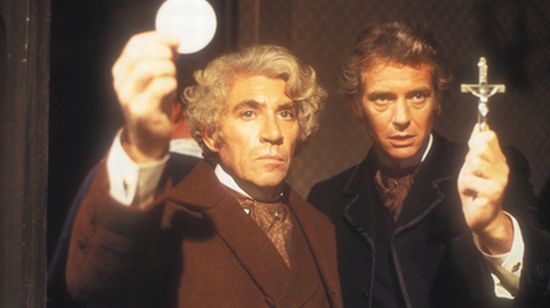 That abruptly ends at the astonishing introduction of Frank Finlay as Dr. Van Helsing. Finlay seems incapable of reigning himself in, and engages in scene stealing and all manner of unbelievable, second tier summer stock tricks. His accent changes from moment to moment, often in the middle of a sentence, and coupled with the ridiculous wig atop his head he presents like a crazed, elderly Chico Marx. Van Helsing as a character is played in far too nonchalant a manner, which seems almost like an actorly conceit; by the beginning of the second act, I felt sure that Finlay had deliberately reduced the character’s reactions to the supernatural horror around him in an attempt to subsume the character completely, hoping the audience would think “Frank Finlay” rather than “Dr. Van Helsing” when he was on screen. It is an embarrassing performance, one that far out-porks the glazed ham that was Sir Laurence Olivier’s Van Helsing a mere two years later. 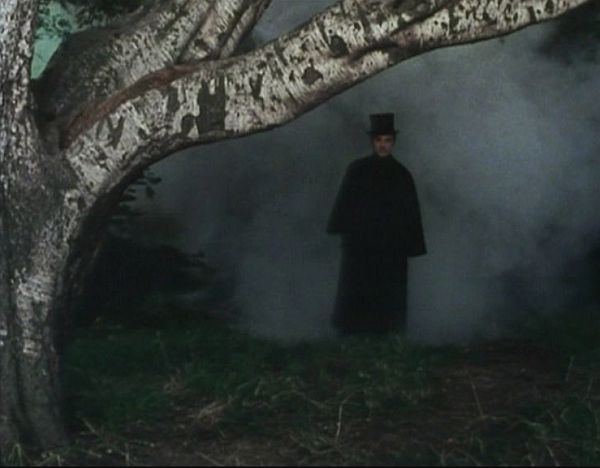 Count Dracula is both interesting and appealing, but its reputation amongst fans as “best ever” seems largely due to the fact that this version was unavailable in North America and out of print in the UK. That’s not to say this is not a worthy adaptation, but I recommend those viewing this for the first time scaling the preconceptions down accordingly from “best ever” to “quite good.”