W.B. Kelso of Scenes From the Morgue and 3B Theater: Micro-Brewed Reviews has, as the saying goes, forgotten more about film than I’ve ever known. He owns copies of every vintage movie ad ever printed and, I have secretly discovered, had the best damn birthday party ever last year. (He doesn’t know I know this! Shh, don’t tell him!) So I was pleased as the proverbial red-flavored punch when he agreed to compose a guest post for SBBN during this hiatus; tangentially, I have dubbed this summer Hiatus From Hell: Texas Blood Money, because very little hiatusing is gettin’ done around here. But while I try to salvage some spare time out of the remains of my poorly-planned summer, please enjoy W.B. Kelso’s excellent entry “Missing in Action: The Cat Creeps.” You are going to love this. Meanwhile, I am quietly hoping some of W.B.’s hipness rubs off on SBBN.

***
Born in 1885, John Willard was a stage actor by trade, who made the transition to the silent flickers with parts in Fantomas (1920) and Sherlock Holmes (1922). But Willard’s true claim to cinematic fame was not in front of the camera but behind it, by returning to his roots and penning a stage play; a dark comedy set in a spooky old house that went by the handle … The Cat and the Canary. 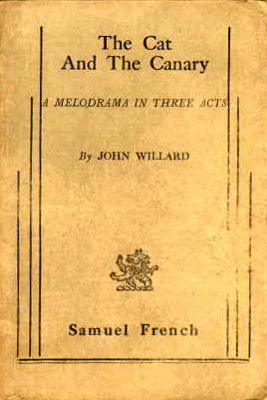 In retrospect the story itself will sound very familiar: When an eccentric recluse finally kicks the bucket his heirs gather in the spooky ancestral mansion for the reading of the will (at the stroke of midnight, ‘natch). But only one of the heirs, a long lost niece, will actually inherit the family fortune. However, there’s a catch. The catch being that the new heiress, Annabelle, must first prove that she didn’t already inherit something; namely, the family curse of being both pathologically paranoid and rabidly bonkers like her deceased uncle. For if she is, the fortune is forfeit and will go to someone else. But even if she isn’t addled-in-the-head now, with the examination scheduled to take place the following morning, all of those other skunked-out heirs will have ample opportunity to make sure she is a fruit of the loop by sunrise. (Failing that, they could just kill her. Just saying…) Add onto that a mysterious cloaked and clawed figure, a ton of secret passages, a shifty lawyer/executor, an escaped lunatic, and a rogue milkman, then, the next 8 hours or so will probably be the longest (and possibly last) of Annabelle’s life. 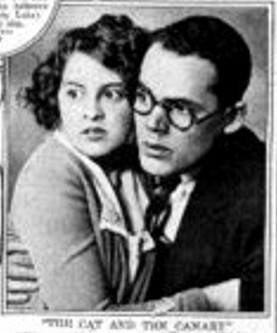 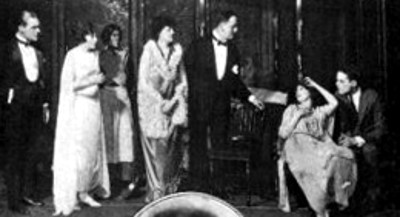 Willard’s play opened on Broadway at the National Theater on February 7, 1922, and ran for three months and 148 performances. (Willard himself was in the cast, along with Henry Hull as the hero/comedy relief.) But it didn’t stay out of the public eye for very long, and was officially adapted to the silver screen four times and unofficially influenced many a Classic Creaker and not so classic Moldy-Oldie far too many times to count. First up was a silent adaptation in 1927, directed by the recently imported Paul Leni, with the most famous adaptation coming over a decade later in 1939; a starring vehicle for Bob Hope and Paulette Goddard, who zinged their way through the massive dialogue plot-dumps that betray the film’s stodgy stage-bound origins that really ground things to a halt in previous incarnations. The play was adapted again, much, much later in 1978 by Radley Metzger, who moved the action to England’s Glencliffe Manor and, being the 1970’s, went all Agatha Christie with an all-star cast. 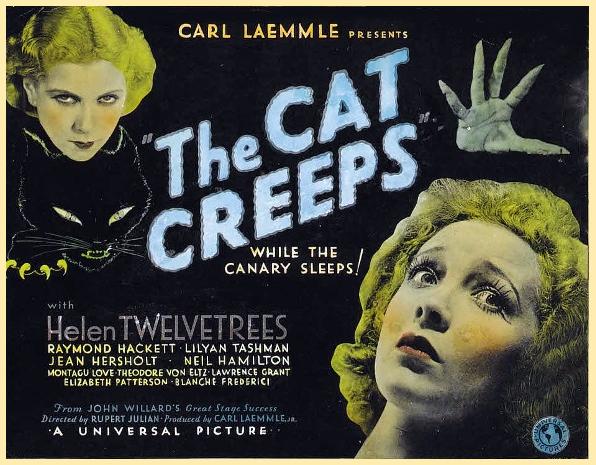 But today, after that extended preamble, we’re gonna focus on the second adaptation that came only three years after Leni’s film debuted. All but forgotten today, The Cat Creeps (1930) was Universal’s first sound horror film. Made while the studio was gearing up to adapt two more stage plays (Dracula and Frankenstein), the film was produced by Carl Laemmle Jr., who was, of course, the driving force behind these golden age fright flicks of the 1930’s. (The Invisible Man and The Mummy were his ventures, as well.) In fact, just like with the forthcoming Dracula, a Spanish version of The Cat Creeps, La Voluntad del muerto, also starring Lupita Tovar, was filmed simultaneously at night using the same sets. 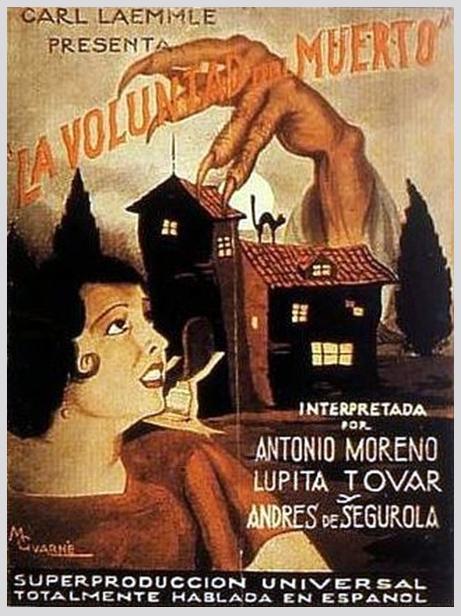 According to most sources, The Cat Creeps pretty much follows the same script as the Leni version. Adapted by screenwriters Gladys Lehman and William Hurlbut, the only real changes made were to broaden the comedic elements and make Annabelle’s beau, Paul Jones, less a buffoon and more of a traditional, square-jawed hero. (Hurlbut would work for Laemmle again a few years later on The Bride of Frankenstein). In the director’s chair, Laemmle placed Rupert Julian, another guy who broke in as an actor (a dead-ringer for Kaiser Wilhelm, leading to several cameos), who made the jump to directing, eventually replacing Erich Von Stroheim on Merry Go Round (1923) in both job and temperament. Julian’s biggest credit to date had been Laemmle’s The Phantom of the Opera (1925), where, according to legend, the director and star, Lon Chaney Sr., hated each other, a lot, and were so constantly at odds Julian would often storm off the set — sometimes for several hours, other times for several days. The Cat Creeps would be both Julian’s last directed feature and the only talkie he ever made. 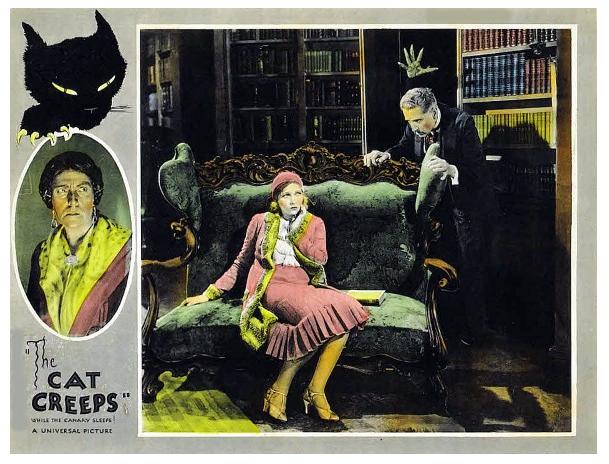 Also behind the camera was noted cinematographer, Paul Mohr. A protégé of both Leni and Michael Curtiz, Mohr spent the earlier parts of his career as an editor and shooting newsreels and documentaries, where he learned that the camera didn’t have to be static or just sit in one spot. Moving to features, he was heavily influenced by German expressionism and lighting (or lack thereof) to add some weight to his limited budgets. And the combination of both usually resulted in something pretty cool to look at: 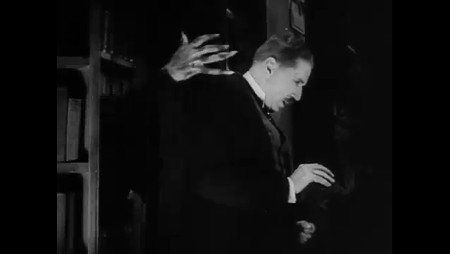 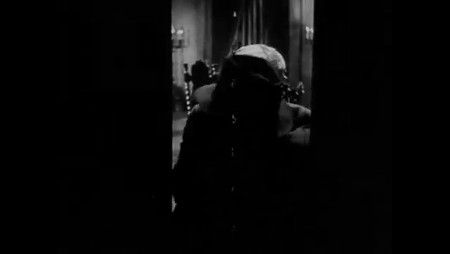 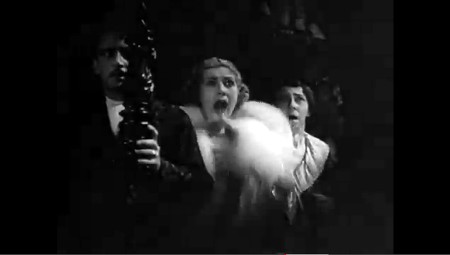 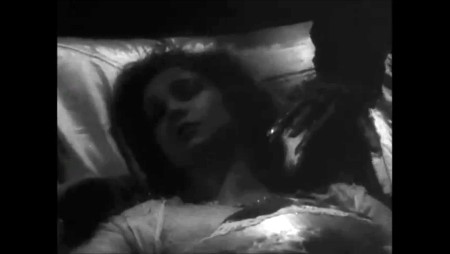 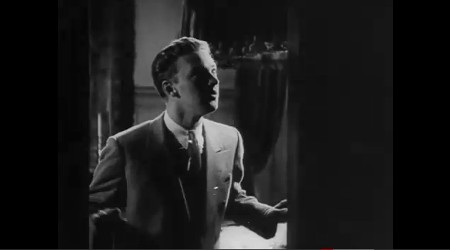 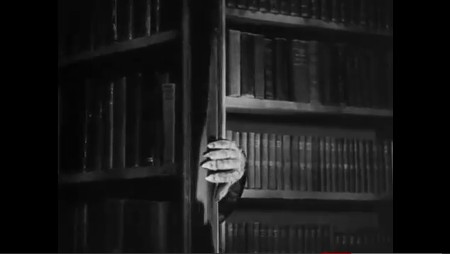 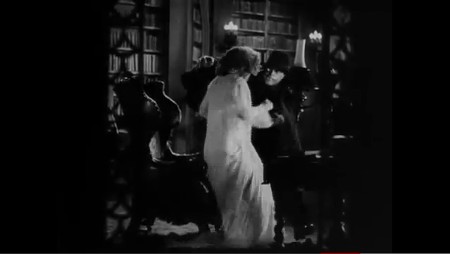 In front of the camera, Helen Twelvetrees played the lead. Now, Twelvetrees’ history as an actress is a fascinating but overall tragic tale. Born Helen Marie Jurgens in Brooklyn, New York, 1908, Twelvetrees first brush with fame came when a painting of her by noted artist George Bradshaw Crandall served as a cover for the Saturday Evening Post. Bitten by the acting bug early she enrolled at the American Academy of Dramatic Arts, where Crandall found her, and there she met fellow actor and future husband, Clark Twelvetrees. When Hollywood made the switch to sound, Twelvetrees was part of the east coast theater stampede that headed west to fill the void by the silent stars who failed to make the transition. In spite of a slight speech impediment and ruthlessly branded with an over-acting tag by the critics, Twelvetrees scored with the public and persevered while bouncing around from studio to studio. 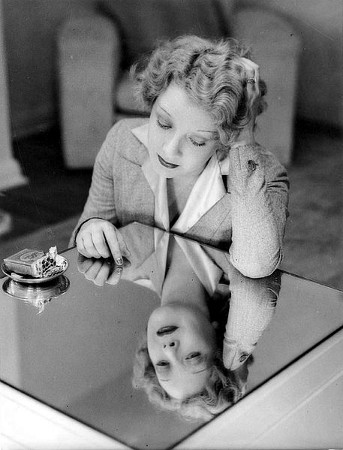 But typecasting and scandal eventually scuttled her career. On the personal front, while her career took off, husband Clark’s career didn’t, sending him into an alcoholic tailspin and a suicide attempt, where, after a heated marital spat, he threw himself out of 7th story window. Miraculously, Clark survived the fall (thanks to a large awning) but rumors were soon flying that his wife actually pushed him out of the window. In fact, Helen was taken into police custody on suspicion of attempted murder until the husband regained consciousness and admitted to what he did. Divorced soon after, Clark continued on the road to ruin and eventually drank himself to death six years later. Her career never really recovered and Twelvetrees’ second marriage to stuntman Frank Woody also ended in scandal, when her estranged husband found her with another man in a restaurant and proceeded to beat him to a pulp. Twelvetrees married again to a serviceman but her film career was pretty much scotched by 1940. Moving to Pennsylvania, she dabbled in summer stock but mostly stayed off the radar until her death by suicide in 1958. 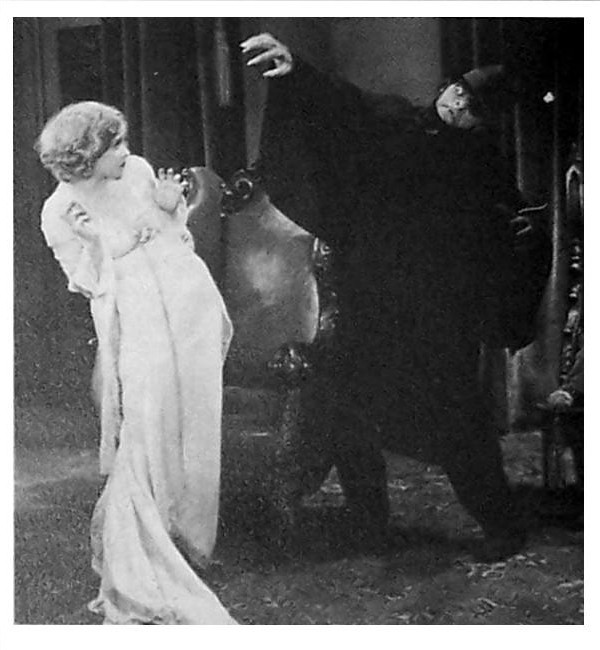 And aside from Twelvetrees, the only notable performer in The Cat Creeps would be Neil Hamilton as the villainous Charles Wilder a/k/a the Cat. That’s right; our villain was played by none other than Commissioner Gordon. Holy shit, Batman! Now that would have been a sight to see. Well it would be, but we can’t. 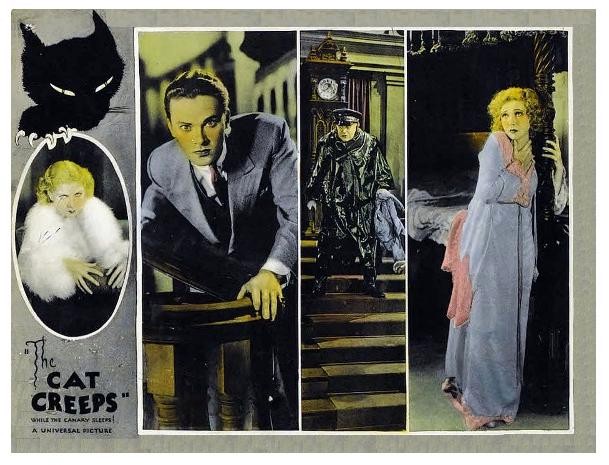 Yeah, sadly, The Cat Creeps is one of those nefariously lost films. (Compounding the problem, the Spanish version has also been lost.) How does that even happen? Bad film stock, fire, natural disaster, mislabeled, or lost in a move, who knows. So, one can only conjecture what a film produced by Laemmle, directed by Julian, shot by Mohr and starring Twelvetrees would look like. Also, contrary to popular belief, Universal’s The Cat Creeps (1946) is not a remake and the only thing in common is the number and arrangement of letters in the title. But there are a few surviving relics and artifacts of the original, however. Apparently, the soundtrack for the film still exists in the UCLA archives. And there are several (all too brief) clips that survive as part of a Universal Brevity Short by Albert DeMond and Lynn Harrison called BOO! (1932), which combines scenes from Nosferatu, Frankenstein and The Cat Creeps into a corny, comedic mash-up that is more miss than hit and, at last check, was available for viewing on YouTube from which I was able to snag those vidcaps. 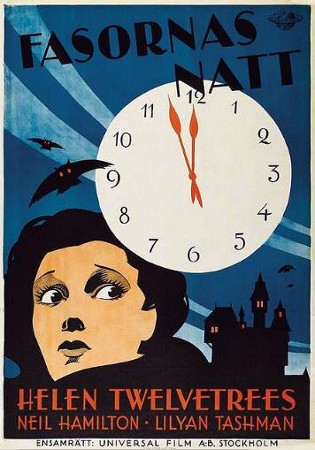 And that’s it. That’s all that’s left. But, there’s always hope. And maybe, just maybe, like Fritz Lang’s Metropolis, sitting in someone’s closet, out there, somewhere, is a functional copy of The Cat Creeps. Just be careful when you open the closet door to look… 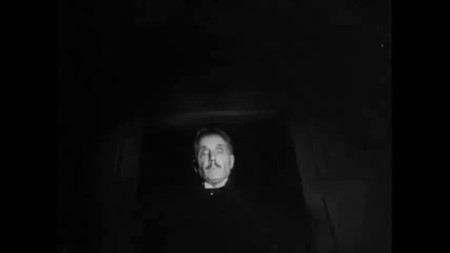 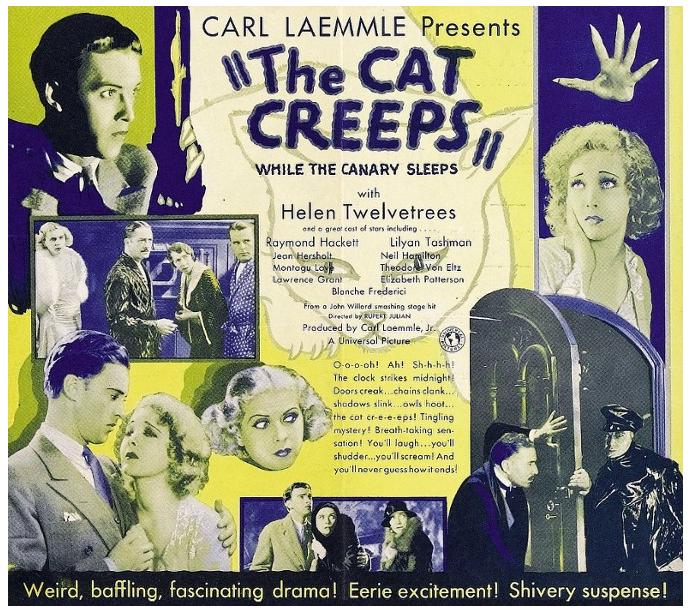