Character great Harry Morgan passed away today at his home. He was 96. 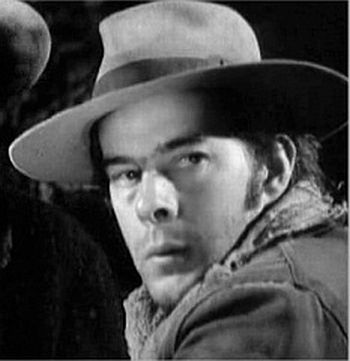 It’s no exaggeration to say that I grew up with Harry Morgan. His character of Colonel Potter on “M*A*S*H” was important to me during my childhood where (for good or ill) television parental analogs were as comforting to me as the real thing, often more so. Col. Potter was a hard-edged Missouri man with a heart of gold, a description that matched my own father… or half matched, rather.  One of the few times I saw my dad laugh with more than wry sarcasm was when Col. Potter’s Jeep flipped and could not be fixed; Col. Potter, an old cavalry man, took out his pistol and shot the Jeep as if it were a mortally wounded horse.

As an adult, I discovered Morgan’s career as a character actor in films. He was always an interesting actor, not content with playing a part conventionally. Morgan was talented, professional, and often very brave. His roles in Westerns may have been small in lines but never small in importance, and that was largely due to his solid acting ability. Harry never gave less than what he thought that role deserved, and if that meant crying as he watched My Darling Clementine on an episode of “M*A*S*H” then he would do it.

A few years ago I wrote a post about the picture of Mrs. Potter on Col. Potter’s desk, and received some lovely emails from a member of Mr. Morgan’s family. To you and the rest of the family, you have my most sincere condolences. Harry was an enormous part of our culture, and he will be missed.