For anyone interested in using these posts for research, please read the notes at the bottom of this post. Thank you.

Don’t watch Jean Renoir’s Nana (1926) if you’re looking to see Marie Prevost, ’cause she ain’t in it.

Marie is supposed to have played Gaga, a character who, in Emile Zola’s novel, is a worn-down middle-aged former courtesan. There is no identifiable character like that in Renoir’s film, although toward the end there is an older woman who briefly shows up as a cautionary example of what Nana (Catherine Hessling) could turn into. The older woman is not named, at least not in the subtitles, so I cannot confirm if she is supposed to be Gaga. It’s also possible the character of Gaga was left on the cutting room floor (this may explain why the Marie Prevost in the film, whoever she was, received no credit), or perhaps the character of Gaga was turned into one of the random hangers-on that surround Nana at her lush apartment or at the racetrack and did not resemble the character from the book.

However, it doesn’t make sense for a 27-year-old Marie at the height of her fame in the United States to travel to France for either the role of a middle-aged Gaga or for a reworked version of Gaga that became a tiny, uncredited role.

Thanks to Larry Harnisch, I had the opportunity to look through all of the Los Angeles Times articles around the time Nana was released for mentions of Marie in the film, and there are none. Pretty much every step she took, both career moves and social activities, were reported in the newspapers and entertainment magazines of the era. For example, the January 7, 1925 Times mentions her going to New York to visit her then-husband Kenneth Harlan. Two days later, the Times has a photo and caption of her at the train station. In early May, there were pictures of her sister Peg, who had almost no film career but was worth mentioning simply because she was Marie’s sister. Later that month, a column called “Resort Notes” mentions that Marie and her husband stayed at the Hotel de Coronado. These incidental mentions of her are continuous throughout the mid-1920s, and it is positively inconceivable that Marie would have traveled to Paris to be in a film without there being some mention of it. Also, it should be noted that the contemporary New York Times review of Nana doesn’t mention Marie at all. (Review here, registration may be required.)

My conclusion: Marie Prevost is not in Nana. I believe there must have been a French actress with the same name and confusion has turned into fact. I think GreenCine agrees. It should be noted that the IMDb is not to blame, as books going back to at least the 1970s claim our Marie Prevost is the Marie Prevost in Nana.

Nana is a great film, beautifully restored and in a lovely print available on DVD. Thus far, it’s my favorite Jean Renoir, and I hope to see many more of his films in the future. Nana rightfully deserves its own post, so I won’t go into it here other than to say that this is another movie that can be checked off the Marie Prevost Project list. 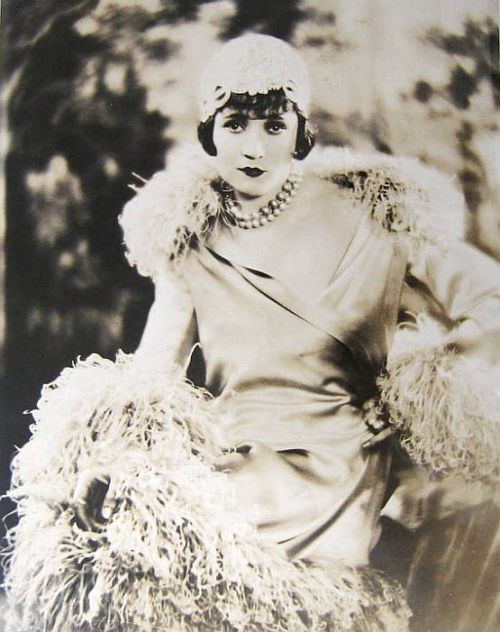 This post originally appeared at https://www.shebloggedbynight.com/2011/12/marie-prevost-project-nana-1926.html and a copy can be found at the Internet Archive here. The post was then updated 12/23/2013.

For more details, read here. Thank you for understanding.