This is my first entry for Bryce’s epic Raimifest at Things That Don’t Suck. Check out the ‘fest as well as Bryce’s post on Sam Raimi’s early short “Within the Woods.” 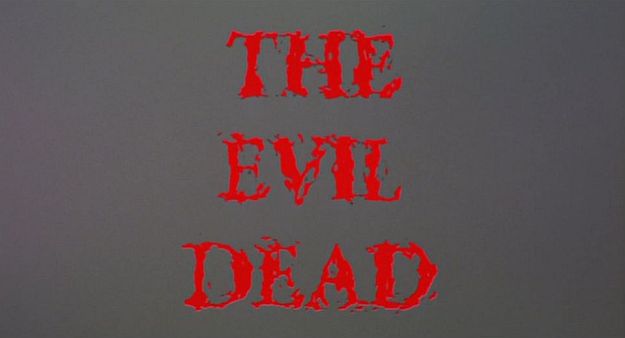 “…Rob [Tapert], myself and Bruce Campbell sat in hundreds of drive-ins…not hundreds, but tens of drive-ins, watching these movies and learning how they were made, and we started to make our own in Super 8. And that’s really how we got into horror films. After a while we learned to really like them, and the craft that went into them.” — Sam Raimi, 2007 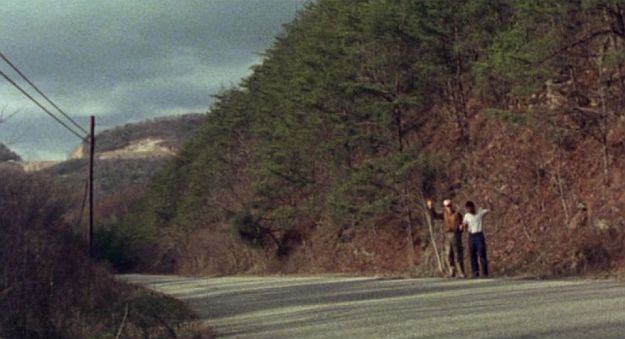 “When I was a student at Michigan State University…I desperately wanted to make movies but couldn’t figure out how to do it. So I came up with this scheme. I’d make super 8 films and advertise the showings in the local newspapers and use the University cinema. I’d charge admission and it was a valuable learning tool for me. I would sit through the screenings and if the movie stank the audience would tell me so in no uncertain terms. …The audience who paid $1.50 to get in were so abusive but after a while and after more movies the criticisms would change to ‘Well we hated it, but not as much as the last one.'” — Sam Raimi, 1987 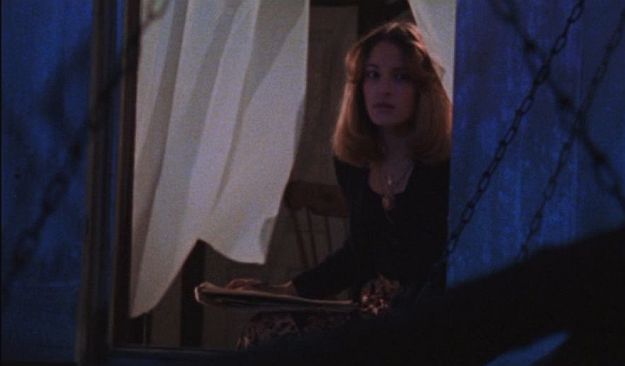 Rob Tapert: “…we worked with Joe [LoDuca]. He worked with us on all the Evil Deads. Great composer. He knows how to get in there and make it work when the scene isn’t working.

Sam Raimi: “Like the first Evil Dead. He made it work. It wasn’t really scary without the music. It was just this big goofy show. There was a lot of shouting. We showed it without the music to some woman… She had a direct comment towards me. She said I was depraved and that I had a fascination with things coming out of people’s mouths. Once the music was in there, people said it was scary! Joe added that with his tempo, his soul, and his music.” 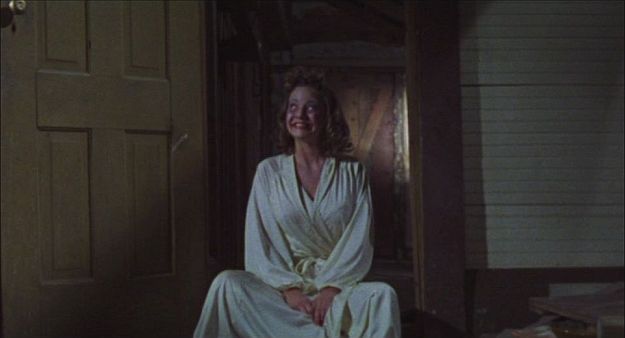 “For loads of fun, I often insert porcelain coffee cup saucers under my eyelids on Halloween for the neighborhood kids. We all get a big kick out of it.” — Betsy Baker, Ladies of The Evil Dead 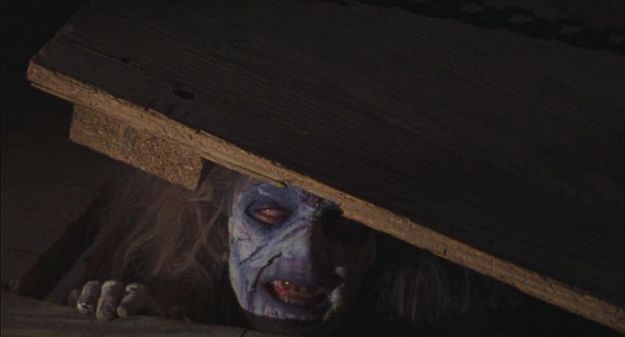 “When I was shooting Evil Dead with Bruce Campbell and Robert Tapert back in 1979, maybe it was December of ’79, but Star Trek The Movie was coming out. Directed by Robert Wise, who had made my favorite horror movie of all time, The Haunting, and who had made my favorite musical, West Side Story, he was going to make my favorite television show with the original actors of all time, with William Shatner and Leonard Nimoy. I could not believe it, and we drove about an hour to get to this theater, leaving the set. That was a great experience for me, seeing William Shatner working with Robert Wise – how awesome would that be.” — Sam Raimi, 2009 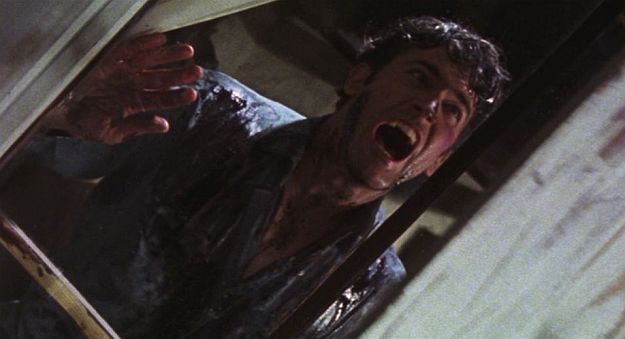 “Bruce Campbell was not only the star but the co-producer, and that’s the sole reason why he is alive in this picture, because he had extra pull!” — Sam Raimi, 1987