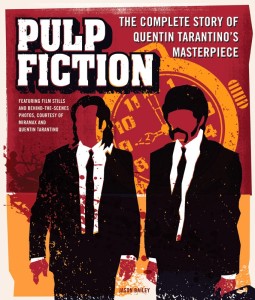 On Tuesday, it was announced that Pulp Fiction (1994) was one of the 25 films added to the National Film Registry this year. Jason Bailey’s Pulp Fiction: The Complete Story of Quentin Tarantino’s Masterpiece, which hit the streets running in mid-November, tells you why.

The third and fourth run theaters I saw Pulp Fiction in were just nuts, ratty and smelly and with an inch of permastick on the floor. A butane freak and his lighter collection sat to the left of me the first time I saw the film, an unfortunate man who thought, erroneously, that he had Pulp Fiction memorized sat to my right during my second viewing. And though I may never forget either of those guys — neither of whom, sadly, were the worst patrons I’ve ever had to deal with — I’ll also never forget the cheers when “Misirlou” practically split those 70s-era theater speakers in half and the title screen rolled up on us like the coolest kid in school, the sun’s reflection off his vintage candy apple green Chevy Impala blinding you as he tells you hey, you’re kinda cool, let’s go hang out. 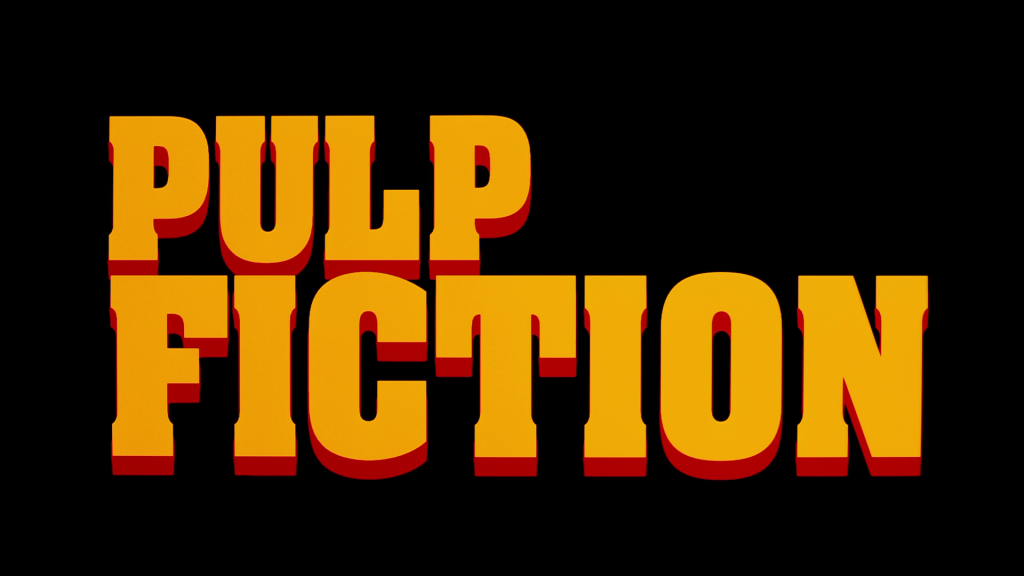 Jason Bailey’s Pulp Fiction captures all this excitement again nearly twenty years on, no mean feat considering the love-hate-love-loathe-love-tolerate relationship we’ve had with director Quentin Tarantino over the past two decades. Pulp Fiction is almost a coffee table book, the fun and hefty kind, full of exceptional pictures and charts, with smaller bits of info such as definitions presented in small boxes labeled “Frame of Reference,” as well as tidbits and trivia scattered around in similar boxes. There are short essays from Drew McWeeny, Gary Graff and more, but it’s more than eye candy, as the lengthier chapters detailing Tarantino’s earlier career, pre-production, filming and more can attest to. It’s an educational, interesting read, and though it’s perhaps a bit too dismissive of the more fun theories that have cropped up about the film — your basic Band-Aids, gold lamé and bullet holes discussions — it’s nice to at least see these topics  mentioned.

The only real issue I had with the book was the lack of photos from the film itself.  There are dozens of artworks inspired by the film included as illustrations, many of them I enjoyed (though I’m still troubled by the painting of Bonnie as a white woman and the implications therein), and a lot of behind-the-scenes photos, but I am greedy, and I would have liked more stills from the film.

The most remarkable thing about Jason’s book is that it is both casual and helpful, which, as anyone who has read film theory books will tell you, is rare indeed. The origins of the screenplay, including Tarantino scavenging from his own past scripts and interviews, are fascinating. Even for those of us who, er, allegedly may have maybe obsessed over this film for a couple of decades, and who probably already read most of the secondary sources used in the book piecemeal over the years, having it all in one place is exceptionally handy. The “Lost in Translation” section of the book is especially helpful for all those what-if discussions you have late Saturday night when you throw caution to the wind and, just as your friend says, “But what I don’t get about Winston Wolf…” you open that second bottle of red wine.

***
Super Secret Postscript: Tangential Jerry Lewis mention on page 135. Lengthy Neil Diamond content on page 115. There are no owls in this book.