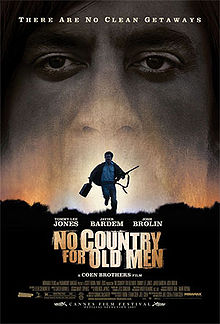 Today at Press Play, The Three Burials of No Country For Old Men, a compilation of three essays challenging the critical acclaim of the Coen Brothers’ 2007 film. I am absolutely delighted to have been asked to contribute to Press Play, especially for an essay on the Coens, filmmakers I find aggravating and compelling in equal measure.

My recent articles at Spectrum Culture:

Criminally Underrated: Bringing Out the Dead (1999): On Martin Scorsese and the selfishness of artistic consumption. I’m pretty proud of this article and would be delighted if you took a few moments to check it out.

Rediscover: Seems Like Old Times (1980): Where I reminisce about how much I truly loathed Chevy Chase’s performance but adore the film anyway.

The Silence (2012): One of the highest ratings I’ve given a film during my time at Spectrum, though with a caveat: The film relies on some tired pedophile tropes that weaken the rest of this compelling film. Some day, hopefully in my lifetime, we’ll see less of these “complicated men dealing with one-dimensional female characters being raped and killed” story lines.

Eden (2012): Most films that explore issues like sex trafficking — or any sort of sexual abuse, frankly — inadvertently veer into exploitation when depicting the crimes. Well, some films deliberately choose to portray sex crimes because they want a veneer of respectability over their base exploitation, but that’s a whole ‘other post. Eden tries, at least for a while, to avoid indulging in anything salacious, which was admirable until we suddenly see the lead, Jamie Chung, running in her little Asian schoolgirl outfit, blouse open, blood-covered bra and breasts bouncing with each stride. It’s some weak-ass wannabe Russ Meyer shit, done, I assume, because the film was made by people who felt they must court an audience who has to be horrified into realizing that kidnapping and raping girls and forcing them into sex slavery is wrong. 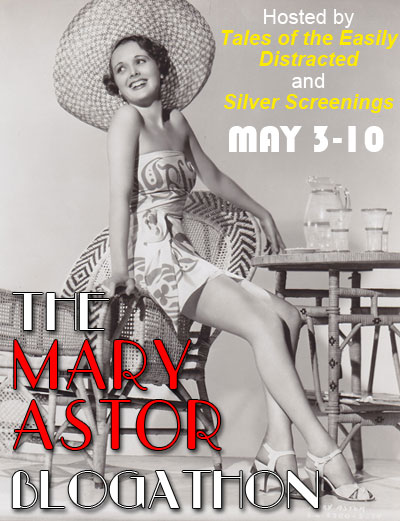 Dorian at Tales of the Easily Distracted will be hosting The Mary Astor Blogathon on May 3-10. Check it out!

Furious Cinema has been hosting a Scenes of the Crime Blogathon since December (!), and it runs until the end of April. At the last minute (in an entirely different style and at great expense) I have decided to participate. While holding your breath, check out the entries already there. There are literally dozens of excellent posts already there and more sure to come.

And a last-minute addition I forgot to include earlier today: The Film Experience is taking their Hit Me With Your Best Shot series and opening it up to everyone. Every Wednesday from March through August, anyone can join in with their favorite screen cap of that week’s movie. Next week are two shorts, The Eagleman Stag (2012) and Death to the Tin Man (2006). Click on the link above to see the rest of the schedule out to four weeks, with more to be announced as the series continues.

And one more thing I forgot to mention when I first posted this: No schedule post for April. I’ll talk about that more in the May schedule post, which will go up, promise.