Several years ago, when The SBBN Bette Davis Project was still in its infancy, I reviewed the early Bette programmer Front Page Woman (1935). In short, I didn’t like it. Filmed immediately after Bette’s The Girl From 10th Avenue, Warner Bros. saw fit to use six of the same cast members and at least two of the same sets, as well as a plot that was a slightly madcap version of the films Kay Francis was assigned that same year, up to and including the same male co-star. 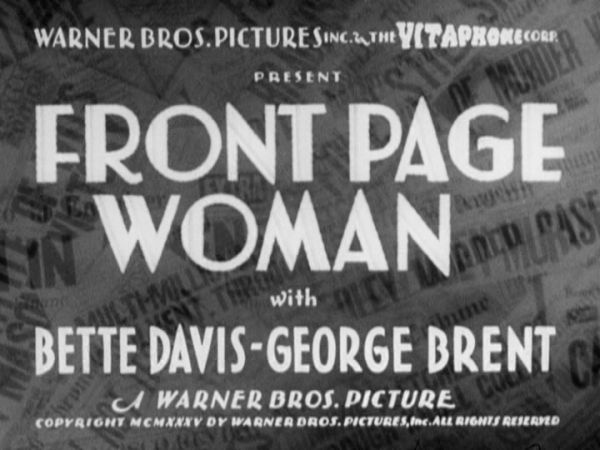 Bette is Ellen Garfield, reporter assigned to the execution of a singer convicted of murdering her lover. Ellen’s boyfriend Curt (George Brent), also a reporter, tries to talk her out of attending the execution. In fact, he wants her to stop working altogether and get married like a good woman should. She refuses, but faints dead away after the execution, so he writes her story for her as she recovers. A mix-up causes both his paper and hers to run the same story, nearly getting them both fired. Instead, it spurs an intense rivalry where Ellen promises to uncover the murderer in a high-society crime case, and Curt bets her that she can’t, and if he wins, she must quit her career and marry him. 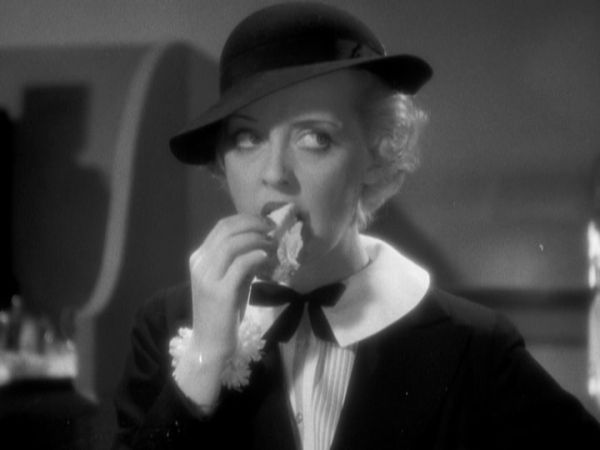 It’s all supposed to be a romantic comedy, but Michael Curtiz can’t help but inject some hard-boiled journalistic action into the film while at the same time allowing the most outrageous, unbelievable courtroom antics, and ultimately it fragments the plot. Comedy mostly wins out, but the end result is still frustrating, as the shenanigans in Front Page Woman are unearned thanks to an overall lack of energy. Bette walks through this role, which, as a commenter over on the old post pointed out, was a year after Of Human Bondage. That she would be put into a lacklustre programmer like this in the first place after such a breakout performance is unthinkable, and I have to assume her performance suffers from her lack of enthusiasm. Roscoe Karns is more skeevy than funny, and strangely paired with George Brent who was already the comic relief, making these two comedy sidekicks without a leader. Personally, I find Brent much more enjoyable in dramas — his perfs in Jezebel and In This Our Life are terrific. 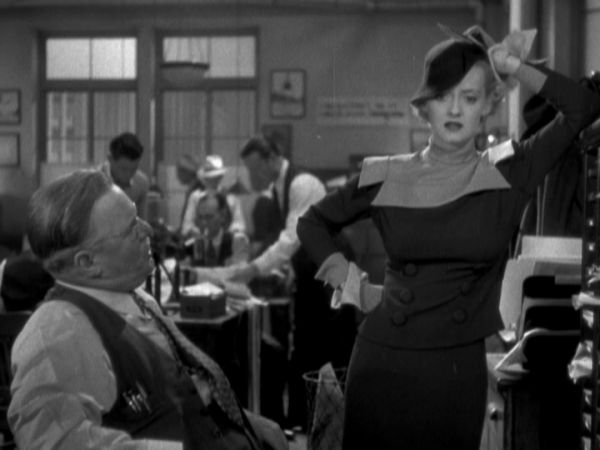 Still, there are times when a classic film fan just wants to watch a Warner programmer: No muss, no fuss, a big star in an early role, and in that aspect, Front Page Woman delivers. You’ve got Bette and George together, which is always fun. You’ve also got favorite supporting players like Winifred Shaw, J. Carrol Naish, Grace Hale and Joseph Crehan, and about a dozen more that’ll make you go, “Hey, it’s that guy!” Everything is technically competent and it’s zippy like you’d expect. The Warner Archive MOD DVD of the film looks terrific — all the screencaps here are from that release. Front Page Woman has that black and white nitrate glow that we classic film fans wear around us like a comfy afghan