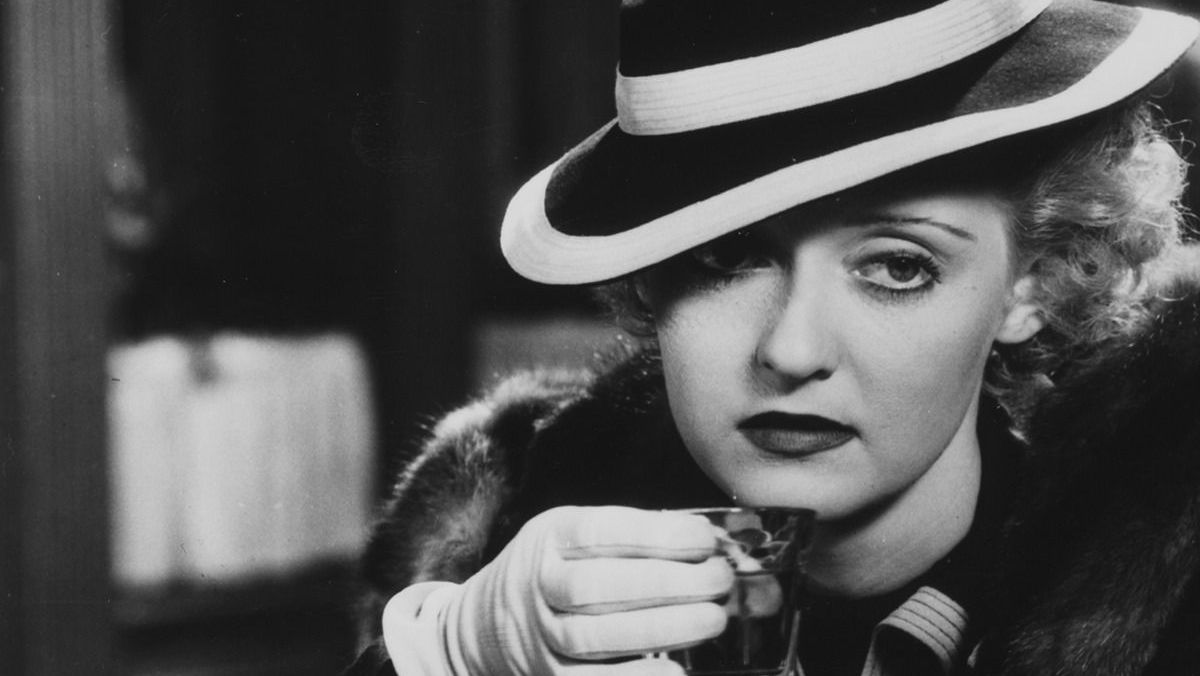 Front Page Woman (1935) was released a mere six weeks after The Girl from 10th Avenue, and it shows. These two programmers share six cast members and even some of the same sets. Long-time readers will remember how tired I have become of George Brent playing the guy trying to keep a woman in the home where she belongs. Well, folks, Front Page Woman is by far the worst offender in that category… thus far.

Ellen (Davis) is a young reporter assigned to cover the execution of a murderer at midnight. Boyfriend and fellow reporter Curt (Brent) doesn’t think a woman should be reporting on such a thing and, true to 1935, Ellen faints to prove how right he was. I’m surprised she didn’t lose a heel while running or fend off the bad guy by hitting him with her purse. Maybe I should mention that Curt and the other reporters deliberately set out to upset her with graphic talk about the execution.

Curt writes two news stories, one for his paper and one for Ellen’s to cover for her womanly inability to report the news, but a screw-up causes the exact story to go into both papers. Ellen thinks he deliberately sabotaged her, and he might as well have: At a 3-alarm fire, Ellen is not allowed in to the area to report on the news because she’s a woman. Curt adds to this problem by lying to the police officers that she’s not even a reporter in the first place. 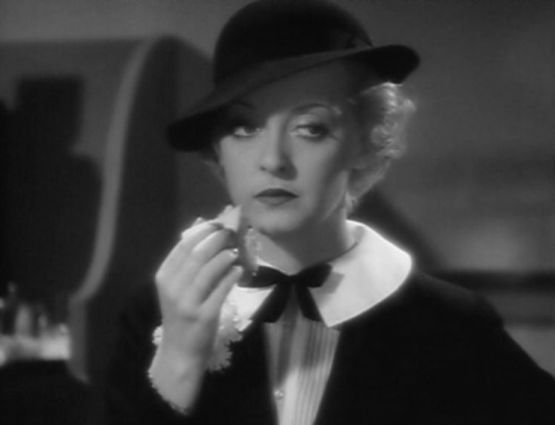 But she sneaks into the area anyway and sees Marvin Stone (Huntley Gordon, who just happens to be in the featured photo for October in the AMS Silent Movie Calendar, which I’m looking at right now.) Ellen realizes Stone is important in the mystery of who started the fire, but he disappears, only to turn up dead at the hospital later on that night. Curt, angry that Ellen found all this out on her womanly own, what with being a dumb woman and all, wants her to quit her job and marry him instead. She agrees that if Curt solves the arson and murder before she does, she’ll quit and marry him. He responds by stealing her scoop on Marvin Stone.

I want to mention at this point that Front Page Woman (and I assume the Saturday Evening Post story it was based on) don’t feel it’s enough to disparage Ellen. They include the character of Nell, a large 40-something woman who is referred to only by her weight, veiled negative references to her assumed lesbianism, and how “ugly” she is: 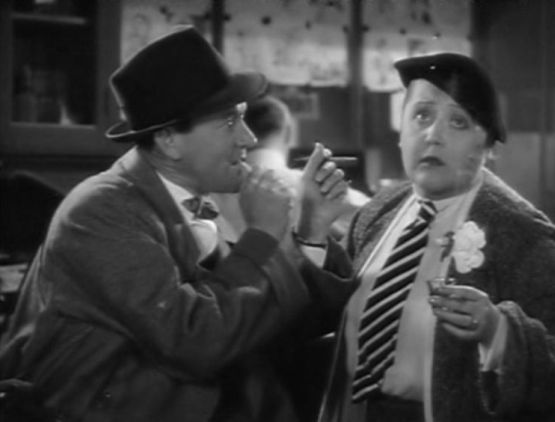 Oh yeah, she’s so ugly, how can anyone bear to exist near such hideousness, etc. etc. Grace Hayle gets no screen credit here, but she rarely did in any film, although the official off-screen credit for her roles were usually “Fat Lady” or “Chubby Woman”. Not just in the 1930s, but straight through to the 1950s. Also, it’s interesting to note that her stereotypical lesbian garb in Front Page Woman was still in use nearly 30 years later for the character of the dismissive ornithologist in The Birds. Hollywood ain’t exactly progressive.

Ellen, in the course of digging around to find out what happened, gets held at gunpoint by Inez (Winifred Shaw). In even more astounding news, Curt knows Ellen is being held hostage by an armed criminal, but refuses to help her in any way to “teach her once and for all that a woman’s place is in the home.” And I suppose if the desperate and obviously-involved-in-murder Inez shoots Ellen, that will really teach her. 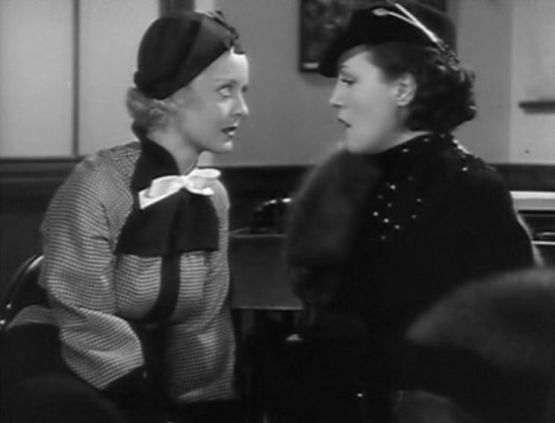 Curt then deliberately interferes with the trial of the person who allegedly murdered Stone (who I’m not naming because I loves ya and don’t want to spoils nothin’).  He doesn’t just eavesdrop on the jury, but creates phony jury ballots and leaves them in the jury room so Ellen sees the wrong verdict. When she falls for the stunt and both papers get published before the verdict was even given — Ellen’s with the wrong verdict, Curt’s with the correct one — the judge gets a little pissed at Curt. Finally.

The character of Curt had me seething by this point. He was portrayed as though he was the freakin’ police commissioner, getting away with the most ridiculous and illegal things, and the unethical way he stole others’ work and his interference in an important court case was unbelievable and wrong. Still, he was meant to be a charming scamp, which did not make a lick of sense to me. I had to laugh at New York Times reviewer Frank S. Nugent who wrote of this impossible scenario that, “we have no doubt that any reporter showing his press card in the lobby of the Strand after a performance will be mobbed by hordes of autograph seekers.” 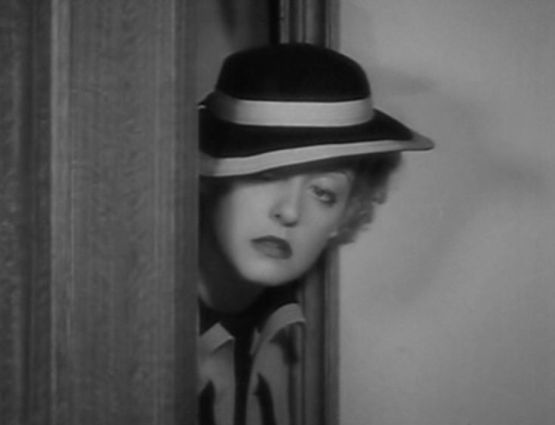 Ellen gets the last laugh by getting a confession from the real murderer, and Curt pretends he thinks women really are as good as men, so she quits her job and they get married.

I could have forgiven a lot if this film hadn’t looked so much like Girl from 10th Avenue, which I had just watched, and which people in 1935 would have just seen a few weeks earlier. Here’s an example of the similarity: 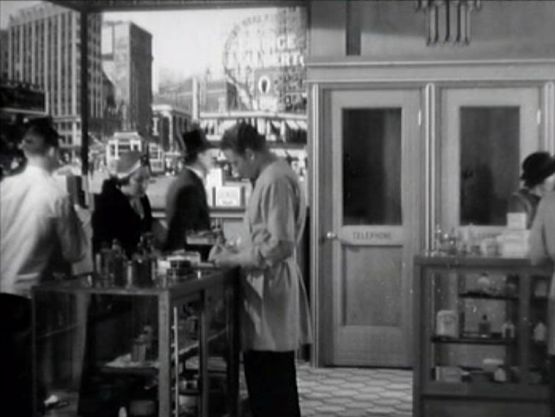 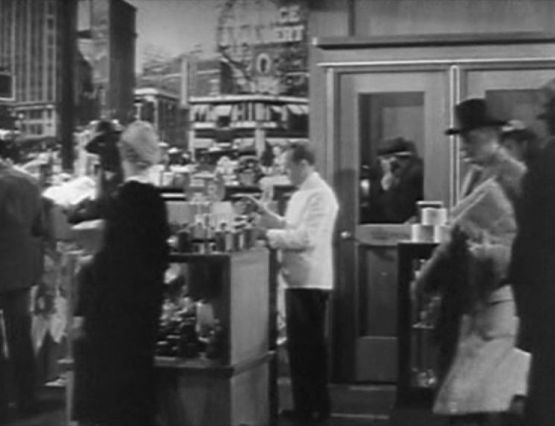 I believe the apartment Bette and Ian Hunter share in Girl From 10th Avenue is the same set seen briefly inside the apartment building that burns down in Front Page Woman, too.

Also if the film hadn’t required me to suspend 100% of my disbelief, I would have been happier. Oh, I’ll suspend some disbelief. You gotta suspend if you want to watch movies, but this movie asked too much of me and I wasn’t willing to give it the leeway it needed to be entertaining.

The good news is I really, really liked the next Bette film that I’ll post about in the Project, so you get a reprieve from hearing me bitch about her early work. For a while, at least. 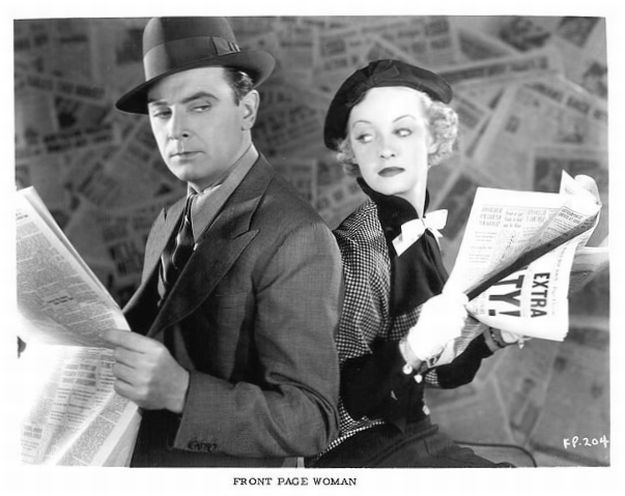 It’s surprising that this movie was filmed smack dab in between her Oscar-winning turn in Dangerous and what should have been an Oscar-winning turn in Of Human Bondage the year before. She had so many fantastic performances under her belt already that I’m at a loss as to why the studio was putting her in filler like this.