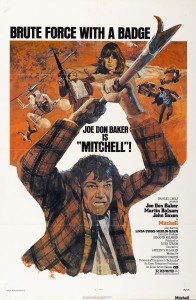 The 1975 low-budget vigilante cop flick Mitchell concerns the titular police detective, played by Joe Don Baker, and his quest to prove that skeevy lawyer Walter Deaney (John Saxon) shot an unarmed robber and falsely claimed self defense. Mitchell’s superiors don’t want him to pursue the evidence, so they shuffle him off to another assignment following wealthy industrialist James Arthur Cummings (Martin Balsam), responsible for a kilo of heroin being smuggled into the States. See, kids, in 1975, one singular kilo of heroin was a really big deal. Mitchell knows Deaney has done something wrong, and he vows to get both him and Cummings. See, kids, in 1975, shooting an unarmed intruder because you’re a racist jackass was considered a bad thing. I know that’s apparently not the case in 2013, but back then, cops and the general public cared when a rich white guy took advantage of the sociopolitical status quo and used an unarmed Latino thief for target practice.

But Mitchell is no defender of the disenfranchised. He’s a renegade cop, the kind of guy who ignores the law when it suits him. That’s why he shoots unarmed suspects who weren’t doing anything wrong at the time, and why he accepts a high-priced hooker as a bribe (Linda Evans). Because why not, right? It’s not a believable film, but the performances are often solid, especially from Balsam and Saxon as your expected mid-70s urbane bad guys, and Evans is surprisingly good in the stereotypical role she’s given. Character support from Robert Phillips, Buck Young, Jerry Hardin, Sidney Clute and others round out the cast. 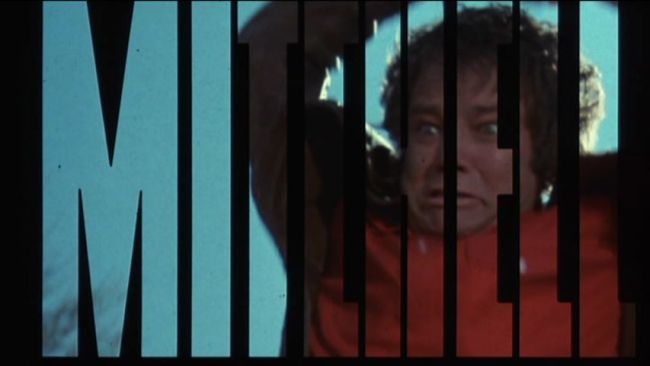 Mitchell is not a good film, but rather the kind of B-grade 70s flick one watches because one likes B-grade 70s flicks. It’s an excellent example of the low budget genre of the era, and though it has its problems, it doesn’t meet the relative requirements necessary to be in the IMDb bottom 100. It’s not even close. When you watch Mitchell, you’re not playing Where’s Waldo with boom mics (as my good friend Mr. Gable so memorably put it), props don’t go missing mid-scene, characters stay in character and don’t change motivations just to match the moment, the plot mostly makes sense, there are no mid-scene wardrobe mistakes, no bad Foley or rotten dubbing, no reflections of the crew in car windows. Everyone involved was professional and competent, if rarely exceptional.

It may seem odd to tout a film for the things it doesn’t do wrong rather than praise it for what it gets right, but fans of low budget flicks of any era know that there is a huge difference between a B movie disaster where one could kill themselves playing a continuity-error-based drinking game, and a B movie that is relatively entertaining, if hindered by a less than stellar cast and crew. In Mitchell, what you get is closer to the latter. There are errors, sure; a headlight on a beat up car comes and goes, and Joe Don gets his pants caught on a gate and has to limp away from the scene (twice!), but it’s a competent film, which allows one to enjoy the railroad plot and 1970s fashion choices and blatant theft from classic films and Joe Don Baker’s bizarre portrayal of a renegade antihero cop. And when you’re watching a low-budget ’70s flick, if it doesn’t qualify as a hidden gem, you want a movie to have fun with, and Mitchell delivers. 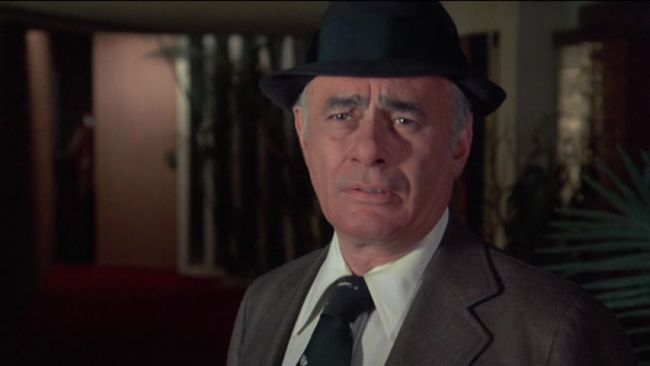 In 1993, Joel Hodgson, the creator and star of the television show “Mystery Science Theater 3000,” left abruptly in the middle of the fifth season. MST3K, for those not in the know, spent its two-hour runtime cracking jokes about movies and breaking it all up with the occasional host segment. Joel’s final episode featured Mitchell. It’s one of the most popular MST3K episodes, and has also become the quintessential example of what I call the “MST3K effect;” that is, the insistence by fans of the show that any movie riffed on MST3K must be one of the worst films ever made. Fans have assumed, likely through lack of experience in watching bad films in any non-MST3K context, that the show was deliberately hand picking worst-ever films, rather than easiest-to-riff films. 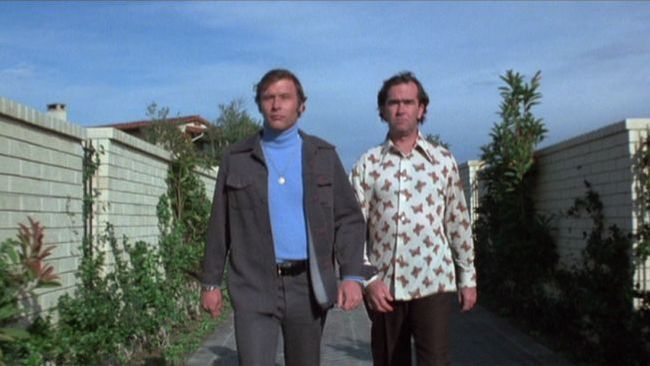 Unfortunately, fans are assuming wrong. Writers on MST3K needed films which would pair well with riffing, and that meant these films had to meet certain criteria. Joel Hodgson once said in an interview that they had to be careful to not get a movie with too much talking, because some pauses were essential for riffs, but they couldn’t use a film that was all silence, either. Frank Conniff talks a bit about how MST3K chose their films here and here. They avoided comedies, usually, and films with particularly offensive content, and looked for something “really bad but at least watchable and with a somewhat of a plot.”

Those conditions mean MST3K was not picking worst-ever films, because they deliberately chose those which had appropriate amounts of dialogue and a decent plot that could be followed by their audience. Further, in this interview with Salon, Joel makes it clear that riffing a film means they make a “new thing,” a new artwork separate from the original film. If you rate a film based on the riffed version, you’re not actually rating the film but rather the end product that results after combining significant editing of the film, continuous riffs, host segments and the film together. Despite this, as of this writing, 34 of the bottom 100 films on the IMDb are MST3K films, including our pal Mitchell (1975), currently resting at #85. 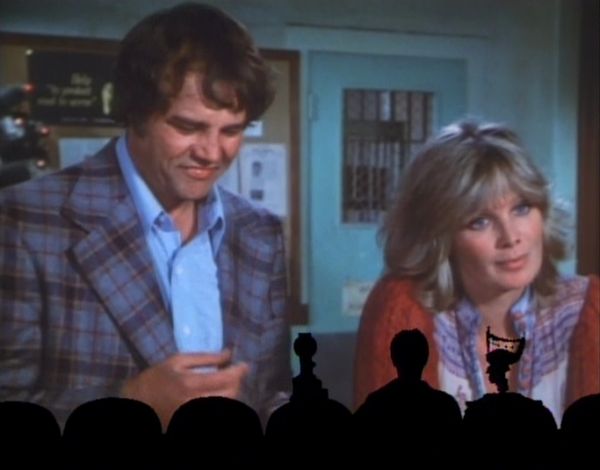 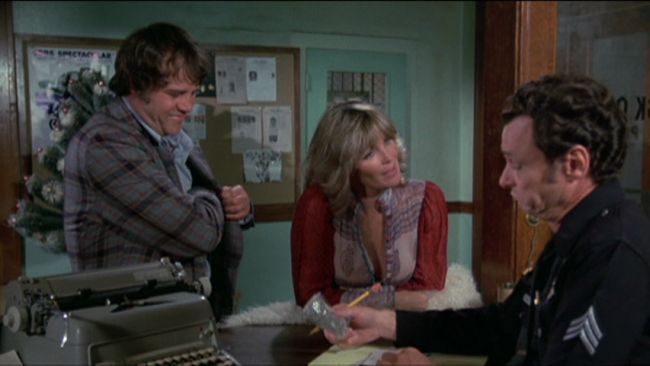 In the 1970s, many films used multiple takes of some saucier scenes, so the footage could be swapped when it was shown on television, rather than relying on clumsy dubbing. Blazing Saddles (1974) is probably the best known film to do this, but Mitchell employs the trick as well. At top, the TV version shown on MST3K (Linda Evans: “He sleeps with me, then he busts me”). At bottom, the theatrical version (Evans: “He lays me, then he busts me”).

Warner Archives has released the full theatrical version of Mitchell, now available on DVD. This is the first time the film has been available in its full version on any home video format, though some muddy public domain pan and scan versions on VHS and DVD were available in the past. But let’s not kid ourselves: Nearly everyone who rated Mitchell on the IMDb saw only the MST3K version.

For 1970s B-movie aficionados, Mitchell is a pretty straightforward affair, typical of an era where hundreds of films began with good intentions and decent casts, then lost momentum (and probably a bunch of producers and bags of money, too) and wound up being finished in a rush with an eye toward television rights. And Mitchell was undoubtedly filmed with TV rights in mind — as critic Vincent Canby said on the film’s release, “it looks like a movie that couldn’t wait to get to prime-time television.” Scenes with profanity and brief nudity are set as stand-alones that could be easily edited out, and as shown above, there are multiple scenes with different takes, one for network television and one for theatrical release. 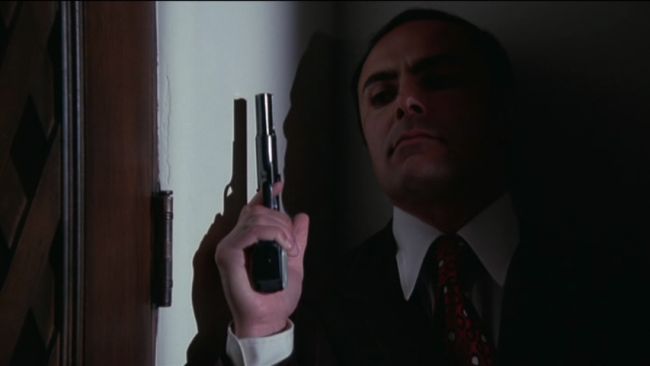 It’s no surprise that the film feels like a TV pilot. Screenwriter Ian Kennedy Martin was responsible for dozens of episodes of the classic BBC series “The Sweeney,” on the air at the same time Mitchell was released, and director Andrew V. McLaglen had worked for decades in television. For the 1970s B-movie genre, Mitchell does better than average in creating an entertaining film. The problem, or at least the largest of the several problems in the film, is that Joe Don Baker is not nearly as funny as he thinks he is.

Joe Don Baker is not a bad actor. He had made quite a career for himself in early 1970s featured roles in Charley Varrick and Junior Bonner, and in 1973, starred in the now-cult-favorite Walking Tall. Joe Don was a big ol’ Texas boy, suited to character roles rather than leads — I have always maintained that Fred Dalton Thompson spent the 1990s stealing roles from Baker — and Mitchell should have been an easy character for him. But Baker’s delivery of goofy sarcastic lines is bizarre and ill timed. When confronted by authority, sometimes he’s contrite, or stunned, or snotty, or spacing off, and there is little to explain the difference. His perf is punctuated by abrupt jolts out of a room, reactions to things we never see, and he has far too much spastic, angry energy that is completely untempered by logic to be a believable vigilante cop. 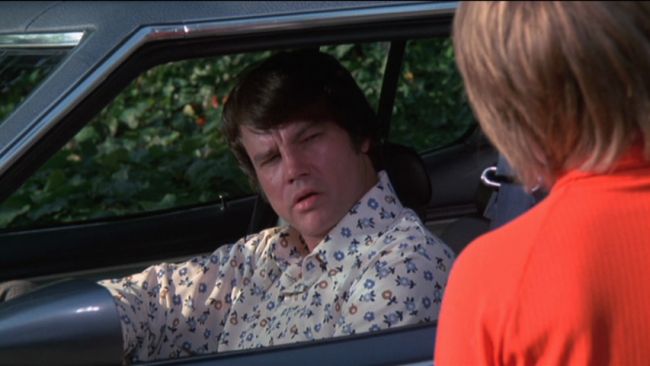 Mitchell is an antihero made in a semi-comedic mold. Despite MST3K’s riffs of the film being comprised of 98% fat jokes, Baker’s weight is not the single criterion by which Mitchell’s lack of appeal is measured. He’s unable to interact with people and misses a lot of social cues. He drools when eating, has messy clothes and unkempt hair, is a hypocrite, uses the justice system to his own ends, is sexist, he’s not very good at his job, and he drags his hooker girlfriend into the station for smoking pot when possession in California meant a fine at the most. Why waste the time and be a jerk to his girlfriend? Because he’s Mitchell, and he is unappealing. 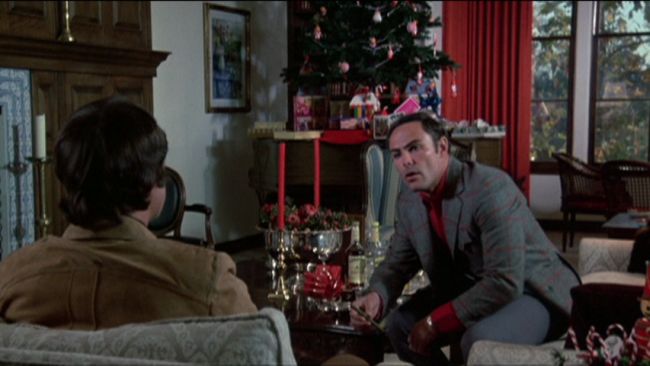 Mitchell takes place at Christmas, for no discernible reason.

The action in Mitchell is pretty solid for the genre. The finale, in the grand tradition of B movies, has been ripped off from a well known classic. Henchmen get shot with a lot of red tempura paint splurting from their wounds, helicopters are deployed, cars blow up, there’s a dune buggy attack, and Mitchell ends up with a trash can on his head in one crowd-pleasing scene.

Also, let’s be honest: This was made in the 1970s, and the 1970s are hilarious. Henchmen in butterfly shirts, Joe Don in a weak flower power shirt a full two years after they ceased being hip, carefully choreographed and safe car chase scenes, a silly opening sequence with music ripped off from Lalo Schifrin, stunt casting a football player who cannot act, brief back nudity, and a whimsical theme song by Hoyt Axton give this film the exact kind of charm one looks for in a low-budget film. If this is a genre you like, don’t be scared off by Mitchell’s low ratings and reputation. This is one bad B movie worth checking out.