We’re past the halfway point of 2013, and I figured it was time to see how far I had gotten in my goal of watching all 1000 films on the They Shoot Pictures, Don’t They? 1000 Greatest Films list, as well as the “bonus” list of Martin Scorsese’s Film School: The 85 Films You Need To See To Know Anything About Film.

Folks, I did not do well: I watched only eight films on the TSPDT1K list (that I hadn’t already seen) and one on the Scorsese list (which I had already seen, but just forgot to mark down on the list). I am doing this only for myself and no one is holding me responsible, yet I feel more than a little pang of embarrassment. I have no excuse; a good 25 of these films are on DVDs sitting right here. In my home. Right now. It’s clear I need to bring more game to my game. 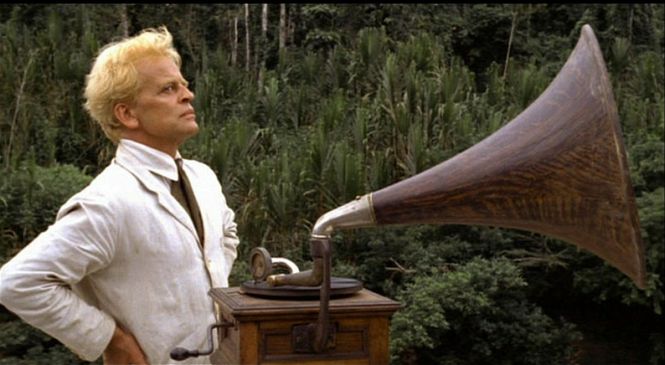 Every film was terrific, but I’d have to say my favorite experience was Fitzcarraldo, in part because my love for Werner Herzog is boundless, and in part because I made a production out of it, watching Burden of Dreams immediately after — twice — and consuming multiple Herzog interviews thanks to the repository of all human knowledge known as YouTube. For those expecting it (all two of you) I won’t be commenting on these films, at least not for the moment, because they all deserve a full post and that’s just not workable in my schedule right now.

Coming soon on SBBN: A similar post to this one for the Bette Davis Project, a State of the Blog, and more releases from Warner Archives.