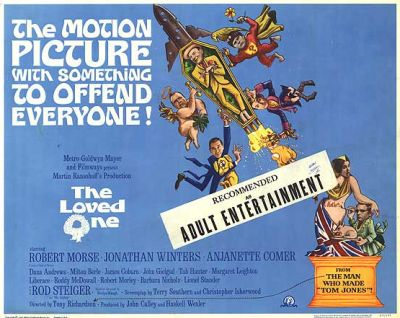 The Loved One (1965), a biting satire on American commercialism and the business of death, was billed on its release as “The Motion Picture with Something to Offend Everyone!”, and even today, this still holds true. Based on the 1948 Evelyn Waugh novel, it was written after his “humiliating success,” as he referred to it, when Hollywood showed interest in adapting Brideshead Revisited. Waugh, certain that the people of the United States were both dim and classless — per Wikipedia, he was devastated to learn that lower service classes spoke casually to the rich, for example — set out to skewer an America he clearly loathed, but after publication, Waugh nearly panicked at the possible backlash in the States. It did well, however, and one will always wonder how Waugh felt about the unwashed American masses actually appreciating his biting satire of their own culture. 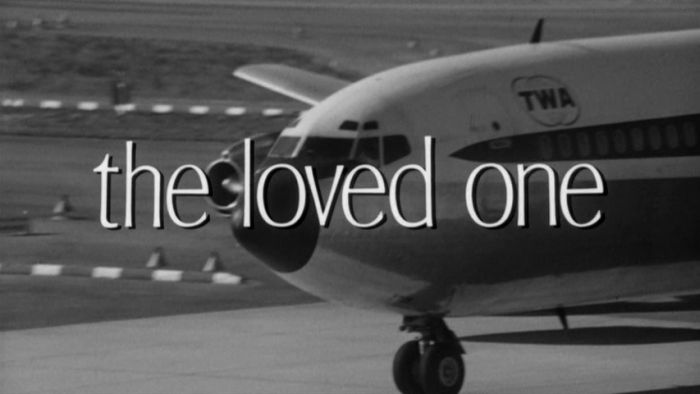 Two decades after the book’s release, the material was still considered too rough for cinematic treatment. Director Tony Richardson filmed it anyway, because in the mid 1960s, that’s what Tony Richardson did. He used the framework of the book for a raucous and not very faithful adaptation featuring tons of in-jokes, tacky ideas, and a cast list to drool over. And for those who think The Loved One would surely be considered quaint and inoffensive today, I direct you to the Rotten Tomatoes page, where plenty of modern-day reviewers wring their hands over the film’s ghastly lack of taste. 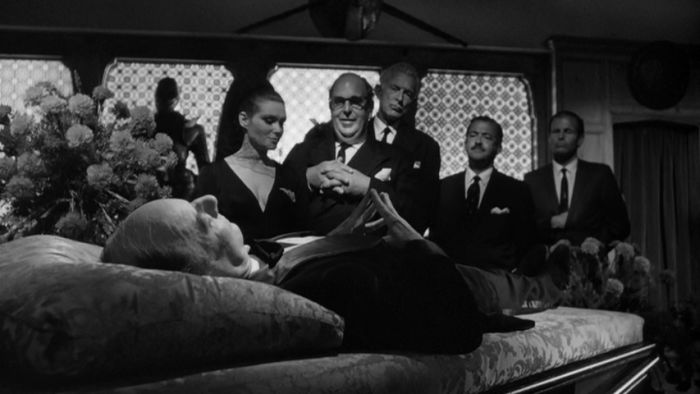 Liberace, last seen on SBBN in my somewhat recent post on Sincerely Yours (1955), has a featured cameo in The Loved One, and was often singled out by critics as being a highlight of the film. For those who haven’t seen The Loved One yet, you’ll want to watch not only for his funeral home cameo, but a brief glimpse of him in a party later on. Dana Andrews has a terrific cameo as well, one made better simply because he looks like he’s just having too much damn fun. 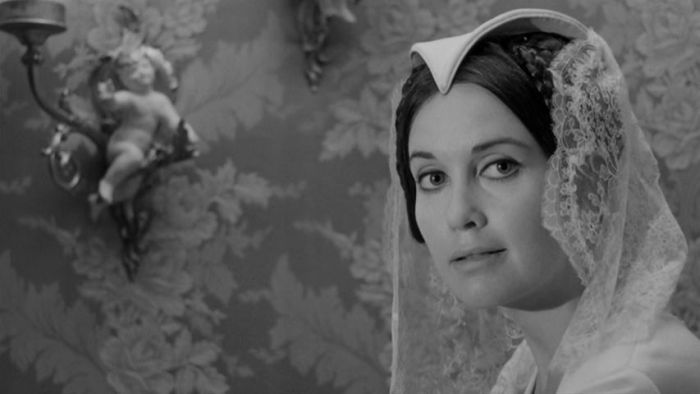 As terrific as the support and the cameos are, the main cast is unparalleled. Anjanette Comer puts in a stunning turn as Aimee Thanatogenous, acolyte and mortician at Reverend Wilbur Glenworthy’s high-class Hollywood funeral home and cemetery. Wilbur Glenworthy and his twin brother Henry are played by Jonathan Winters, a comedy genius who, as beloved as he was, still wasn’t loved quite as much as he should have been. He’s spectacular in this film. The real stand-out, of course, is Rod Steiger as Mr. Joyboy, whose first name is briefly noted to be Laugh, or perhaps spelled Laff, we’re never told. Steiger is absolutely bonkers, his platinum blonde intensity played for frightening laughs instead of overwrought drama, and to incredible effect.

The Warner Archive MOD DVD seems to be taken from the 2006 Warner DVD release, which has been out of print for a while. The picture quality is quite good, and the 15-minute 2006 “Trying to Offend Everyone” documentary is included. All screencaps in this post are from the Warner Archive DVD. The featured photo above is a detail of a promotional picture; you can see the whole thing on the menu of the DVD.